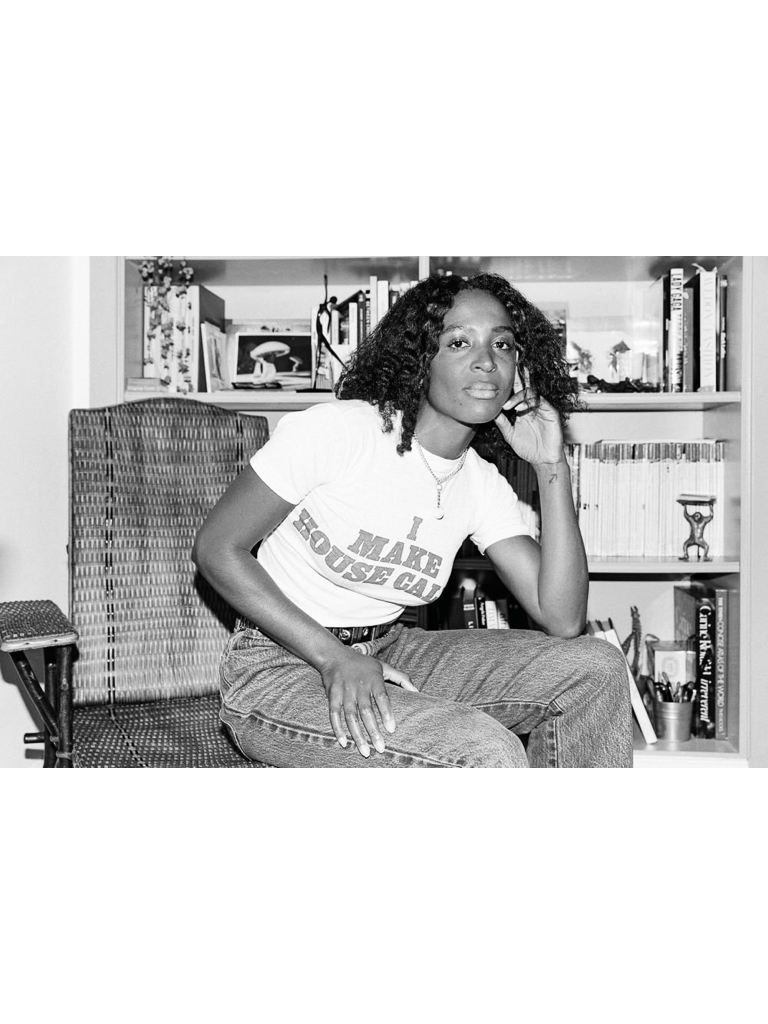 In 2017, hairstylist Cyndia Harvey made ‘This Hair of Mine,’ a short film celebrating the history and beauty of afro hair. For the film, Harvey researched the individual heritage of a range of women of African descent, before styling their hair based on a modern interpretation of her findings.

The video project was first shown in November 2017 at the art gallery Nataal’s exhibition at AKAA (Also Known As Africa) contemporary art and design fair in Paris, where it received substantial critical acclaim. It was one of only five ‘Special Projects’ exhibited at the fair, which is devoted to celebrating African-inspired culture and creativity.

“This Hair of Mine observes the way in which African hairstyling connects women via lineage and tradition across the globe and as a result of diaspora. By reimagining traditional African hairstyles, you are invited to explore the power of culture and community to discover a sense of belonging to our ancestral homes.”

When W approached Harvey to conjure up a project for the magazine, she was more than ready. “I had wanted to capture the essence of Black women for a long time, in a way that hadn’t been done before,” she says, adding that she was particularly inspired by the iconic paintings of the British artist Chris Ofili. “His work makes me so happy, because it celebrates the Black female body in a way that is quite seductive and poetic, but not objectified or sexualized. The proportions, the fluid shapes, and the scale of Ofili’s figures are so interesting—and often, the hair is almost as big as the body.”

Two full days went into creating the sculptural hairdos seen here—and that’s before Harvey even stepped on set with the models and creative team whom she hand-picked for the project. “It’s a lot of work figuring out the shapes that work,” she says. “But of course, there’s the magic that happens during the shoot. I get loads of inspiration when the girl is in my chair and I’m chatting with her, observing her disposition, her body language, her personality.” Harvey wanted her striking styles to work with all shapes and sizes—so much so that she brought a prosthetic pregnancy belly to the shoot. “You never see the same fantasy element when it comes to Black models that you do with other fashion images; it’s just not there. So achieving that was a huge part of this shoot. I wanted Black hair to be part of a fantasy.” 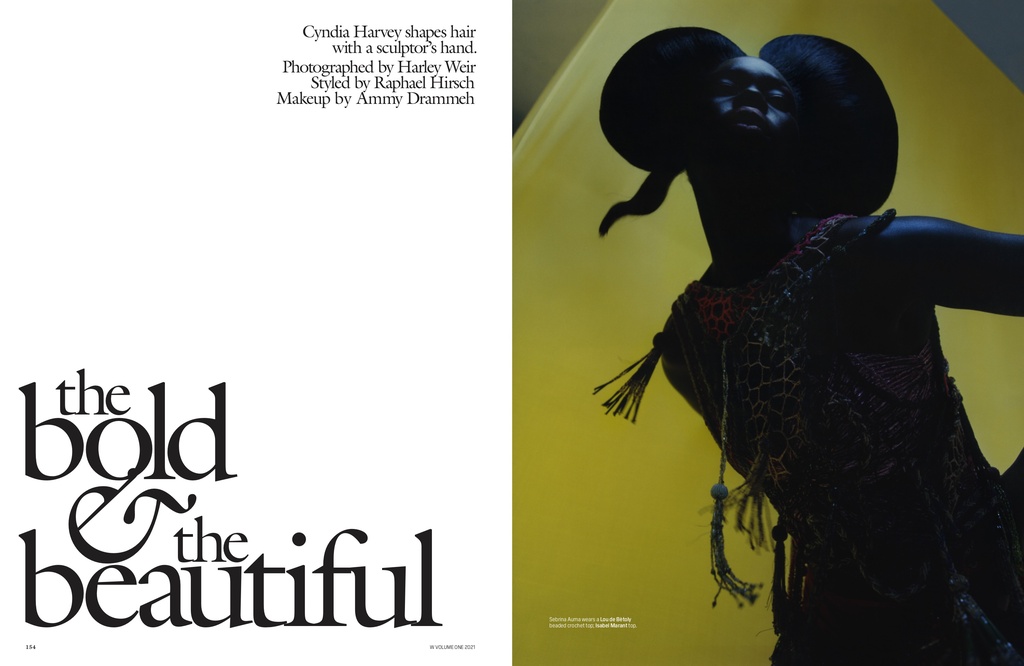 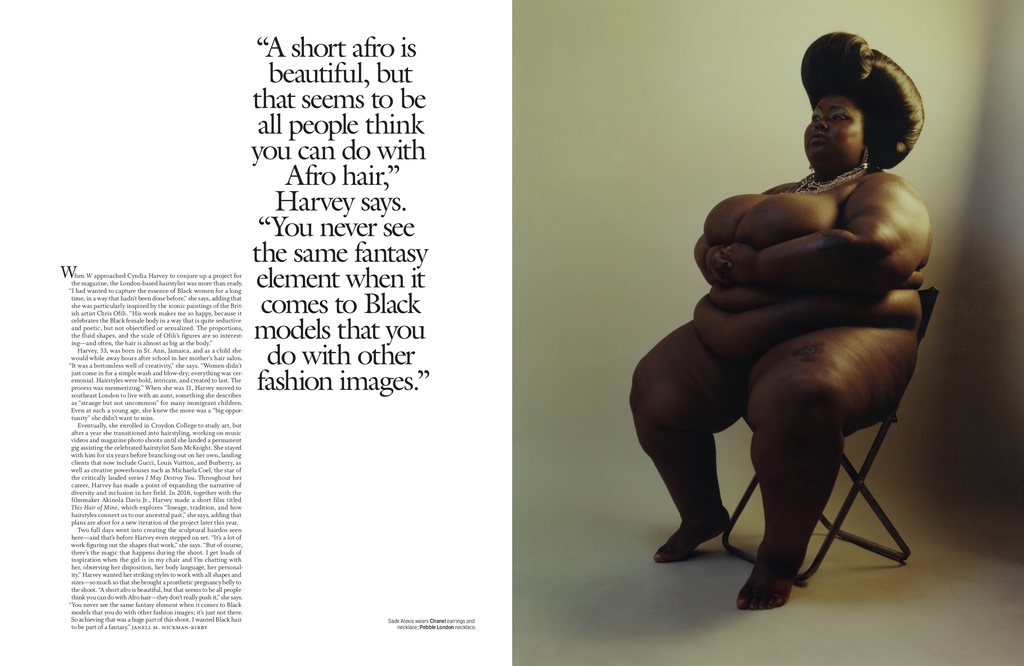 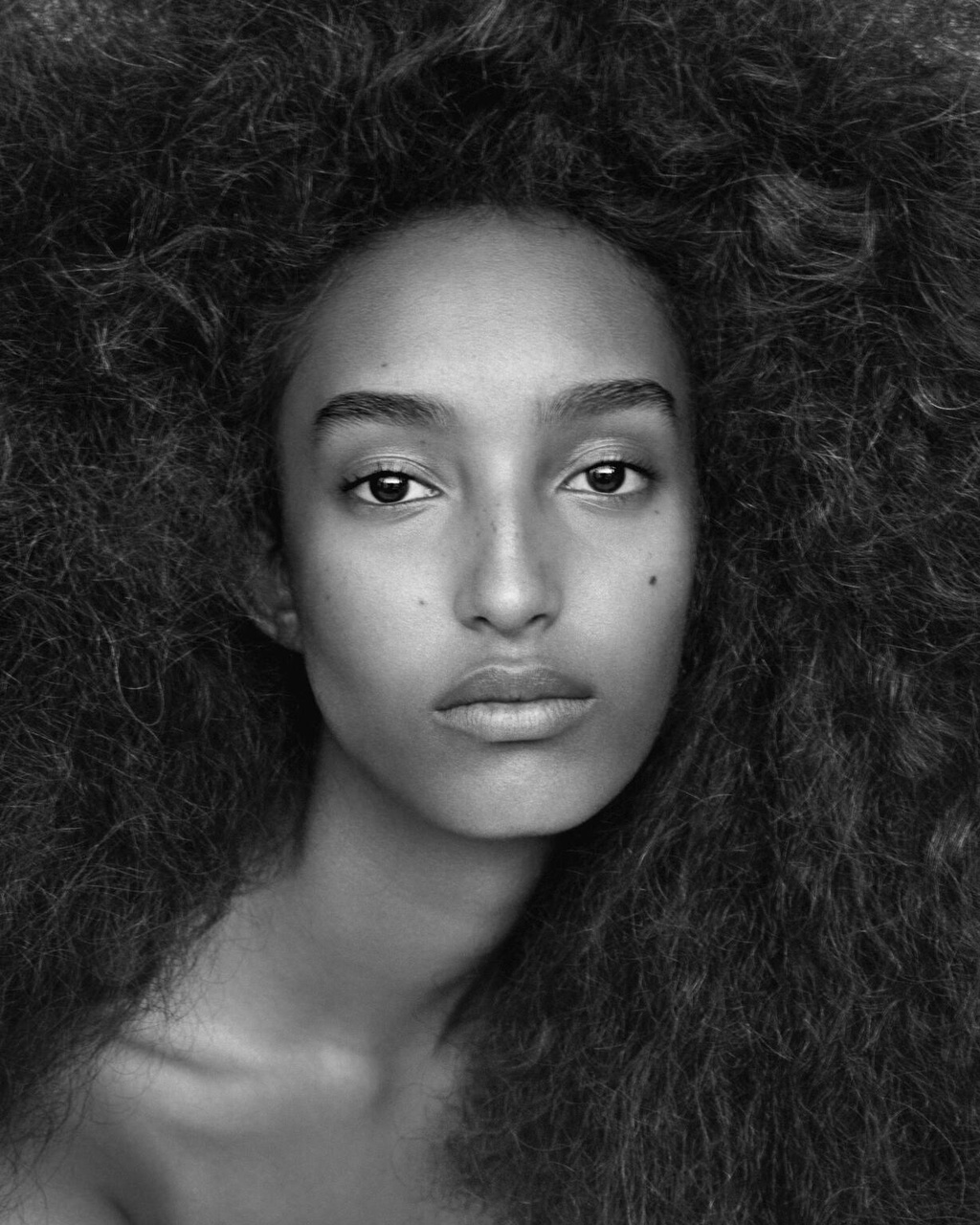 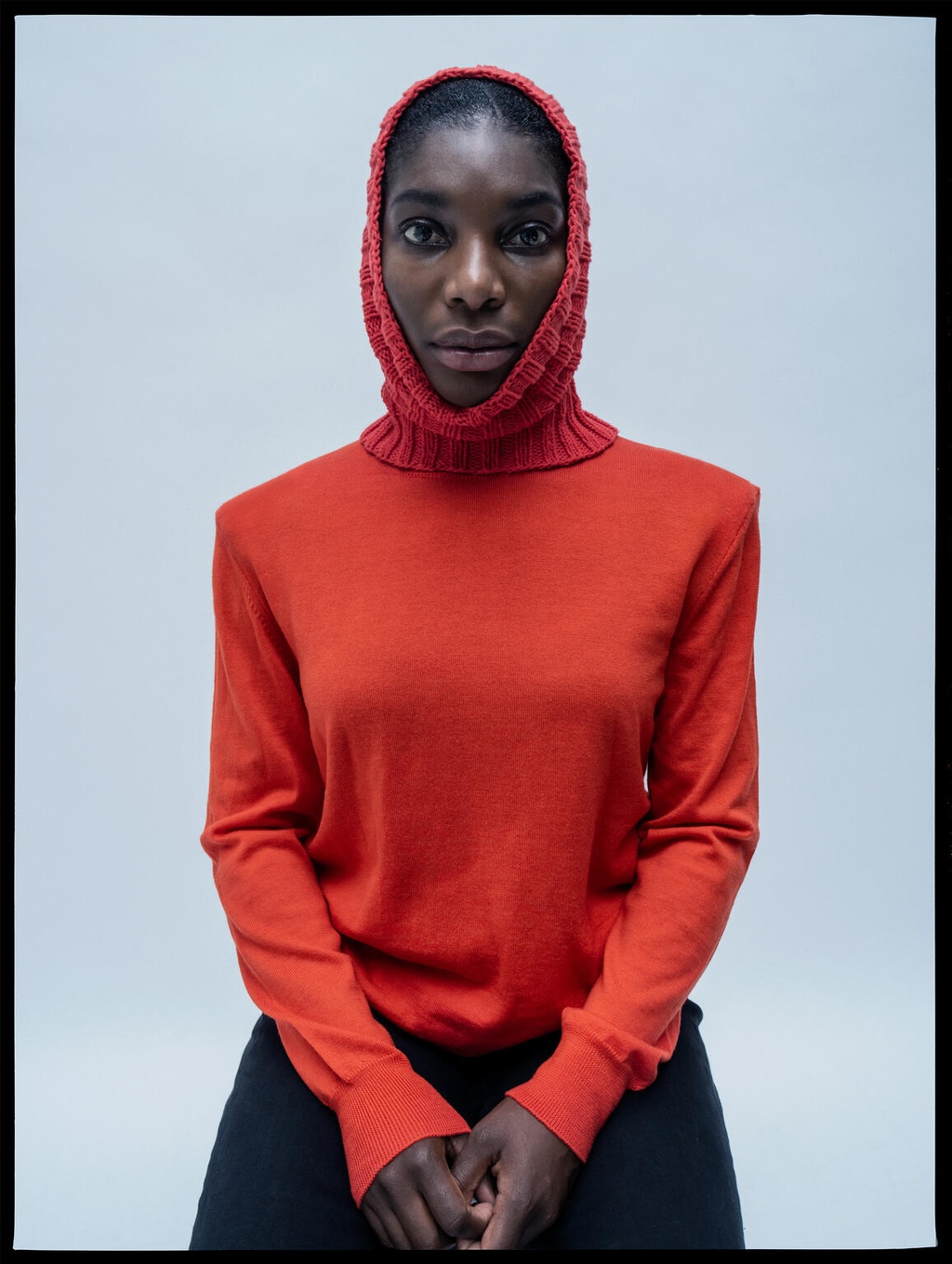 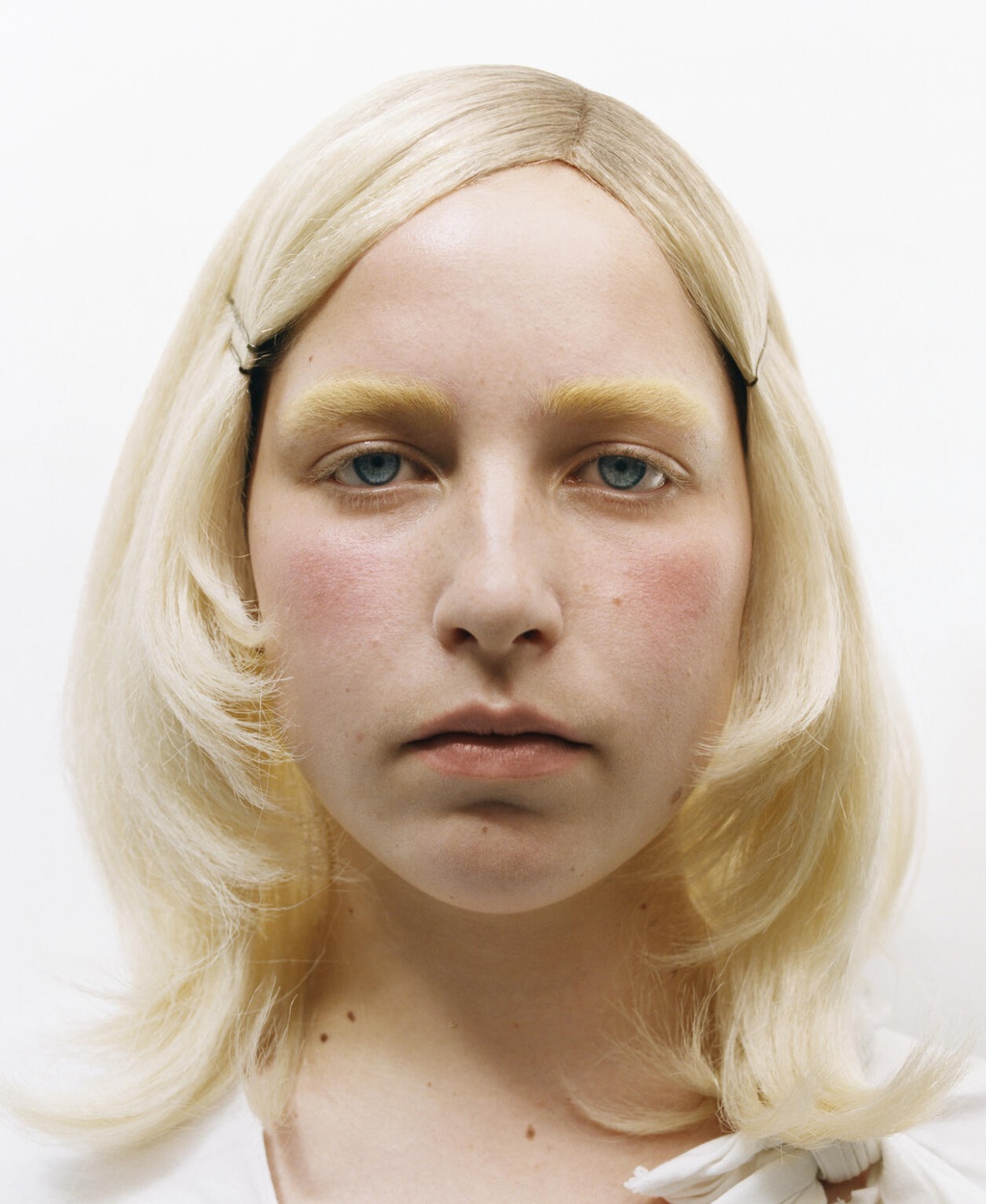 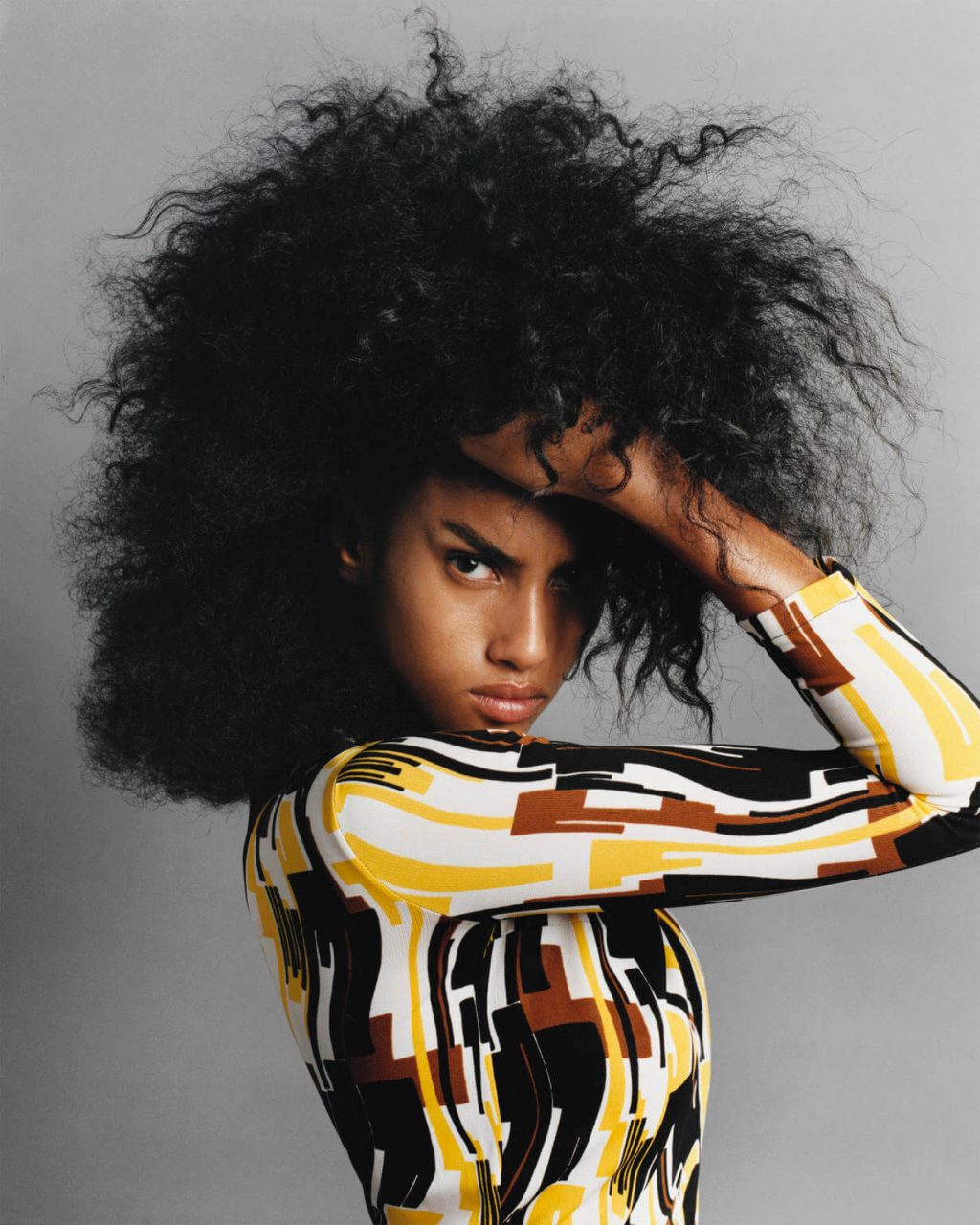 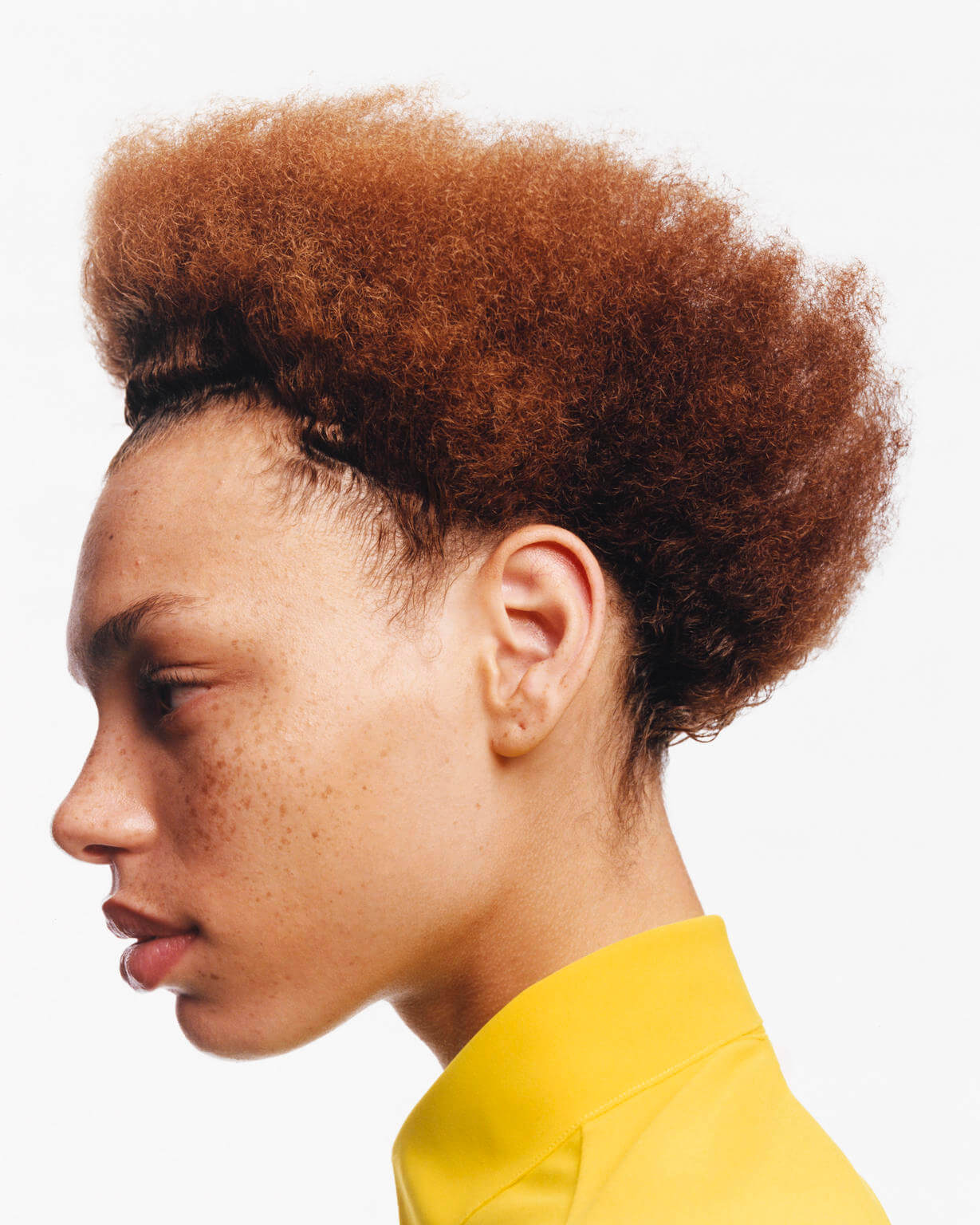 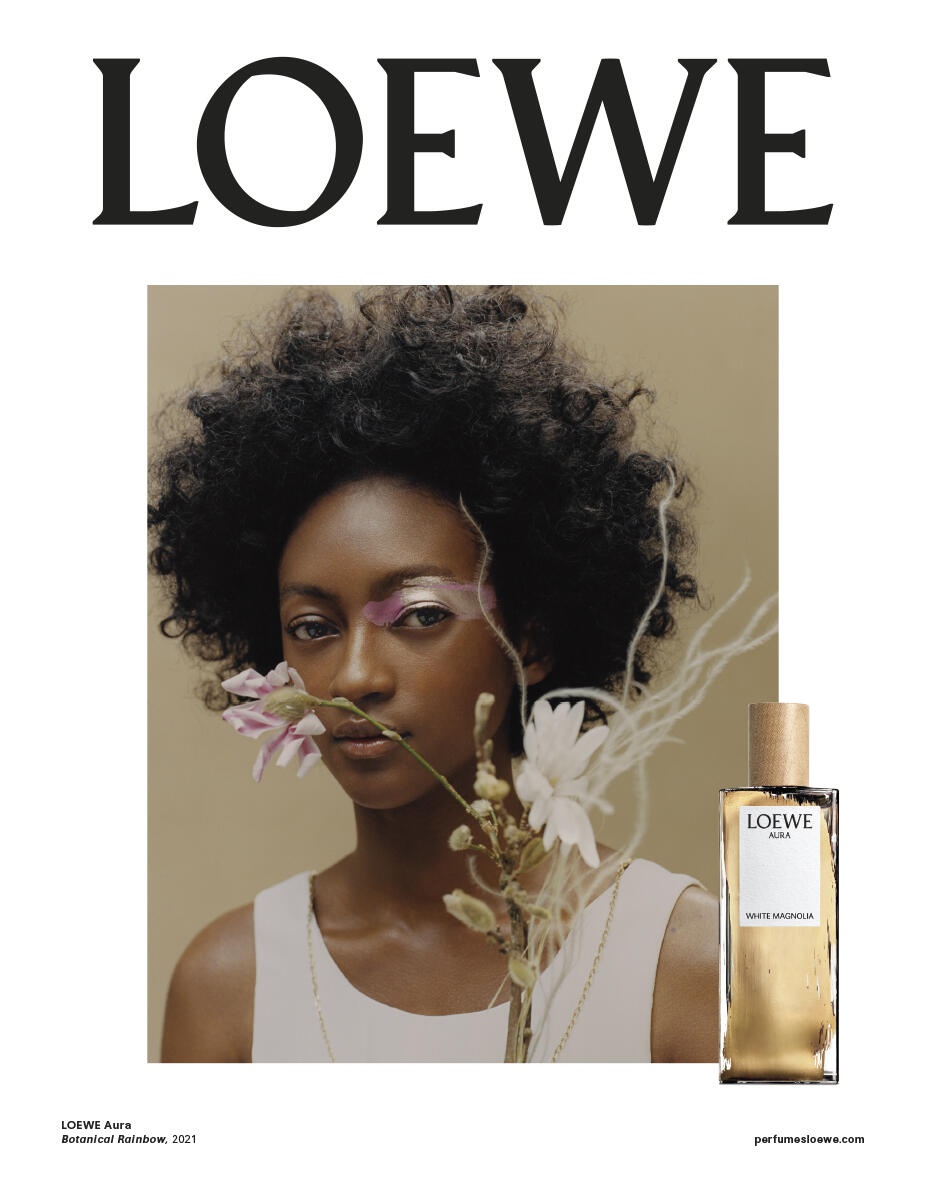 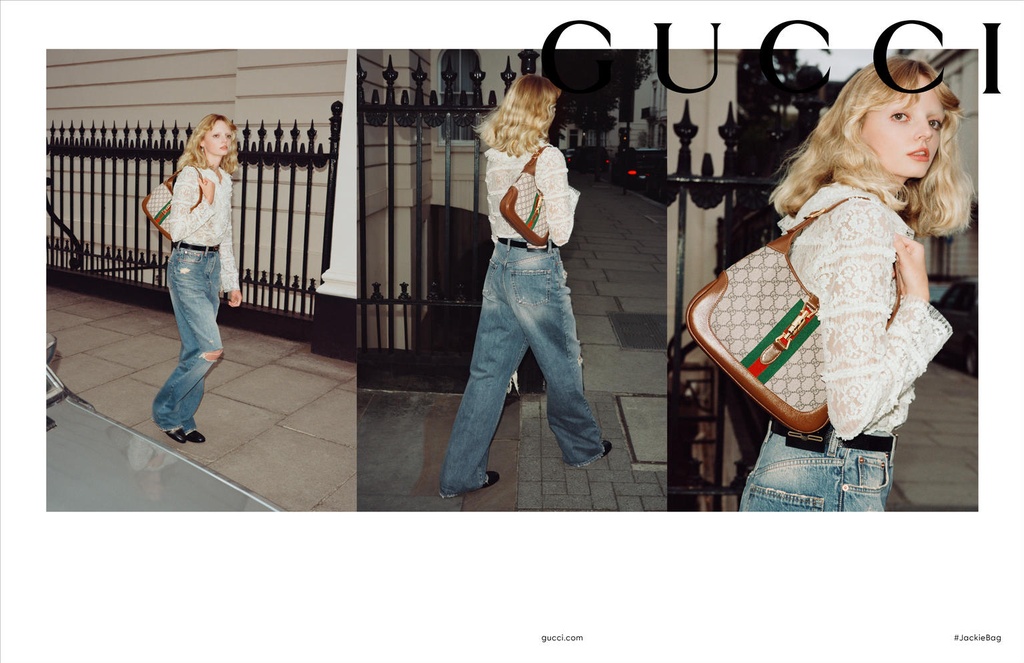 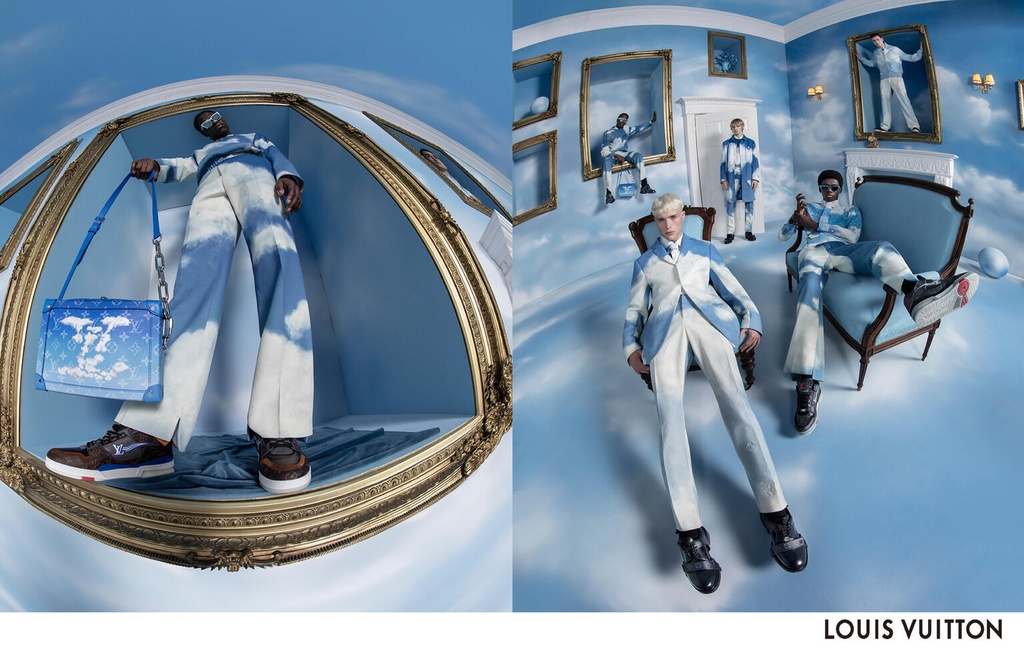 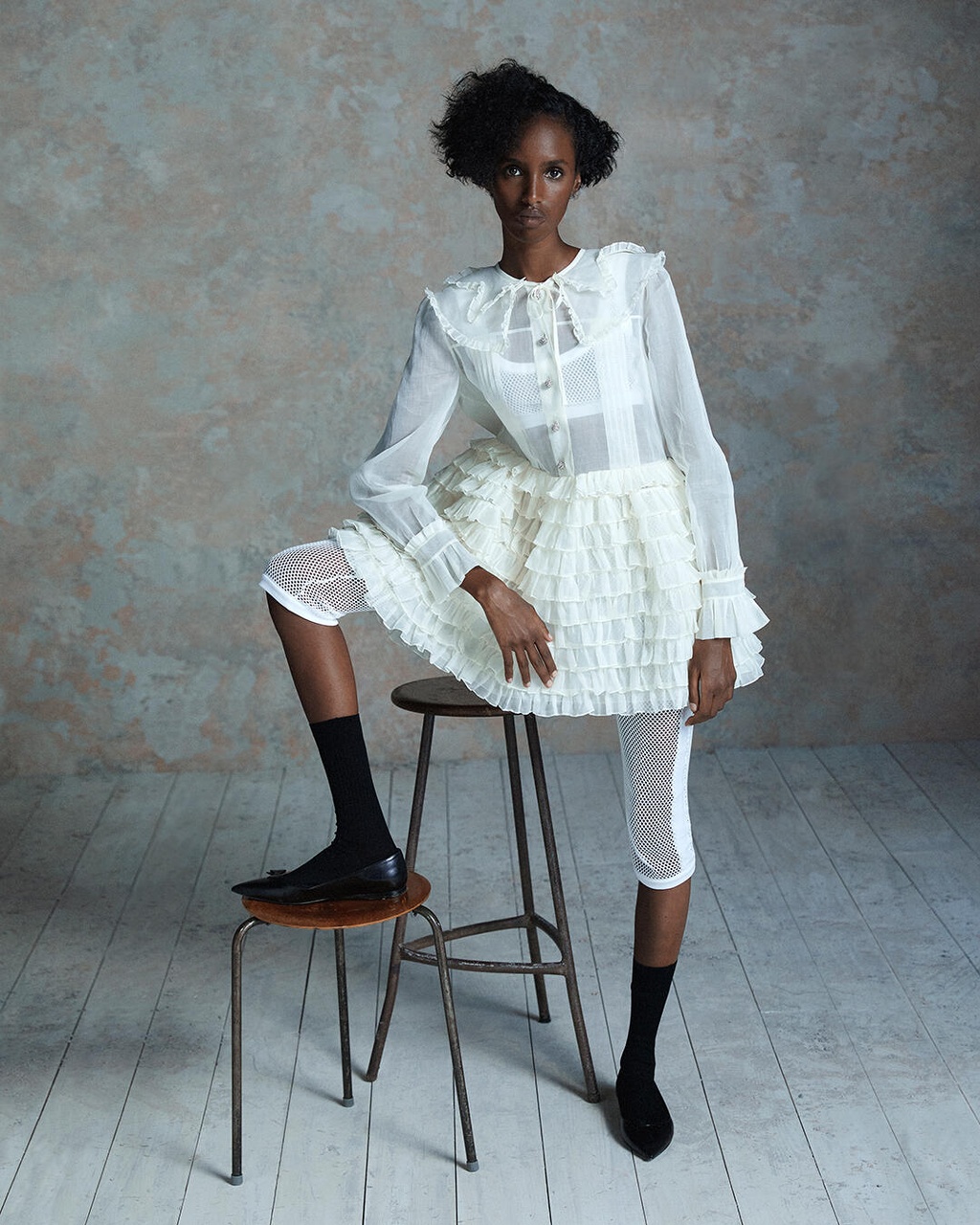 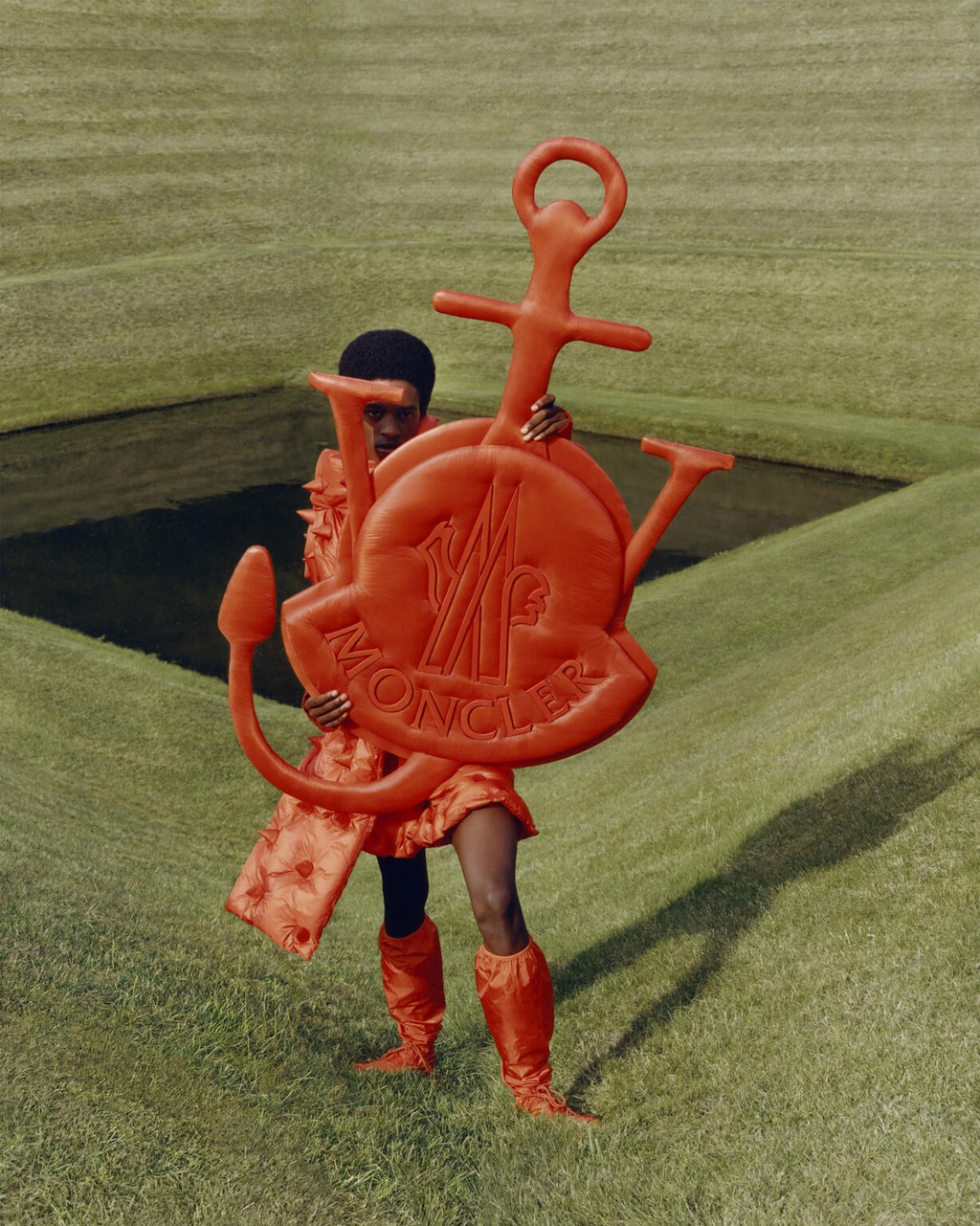 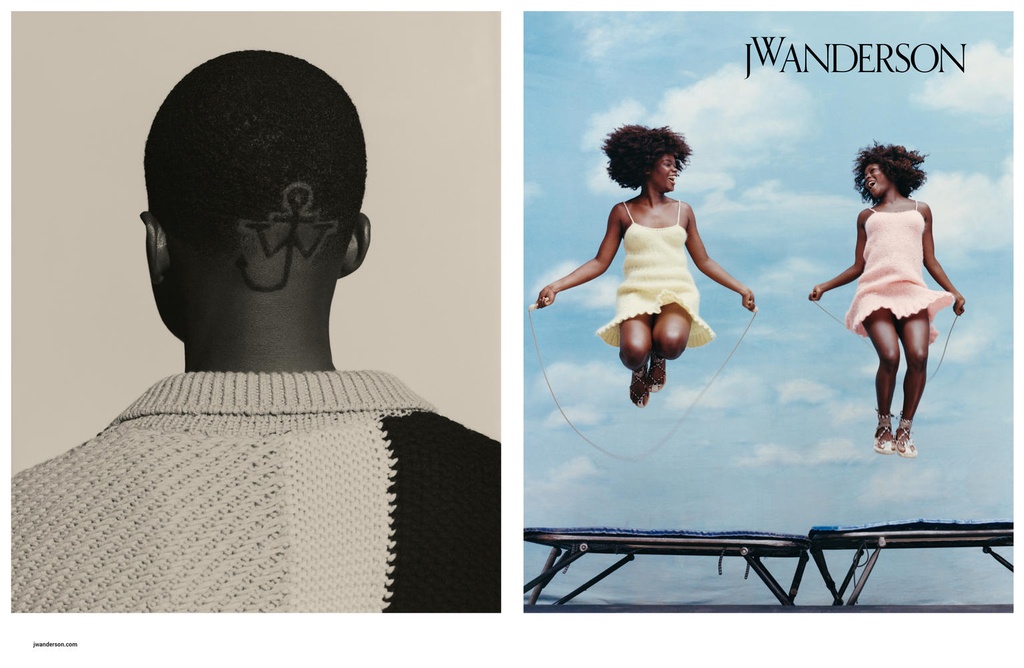