Gucci taps into the idea of Parisian outsiders for their latest Pre-Fall 2018 campaign, directed by Glen Luchford, with creative direction by Christopher Simmonds & makeup by Yadim.

Echoing the activist enthusiasm of today’s younger generations who are unafraid to have a voice, the campaign references French Nouvelle Vague cinema of the late ’50s & ’60s through chaotic visuals of passionate Gucci-clad students – showing that outsiders can be united. 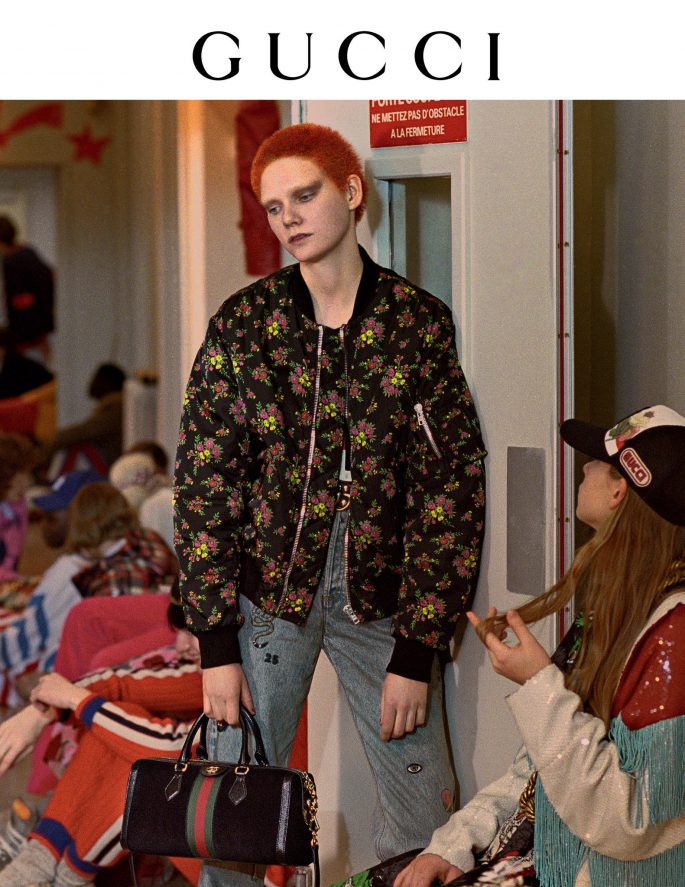 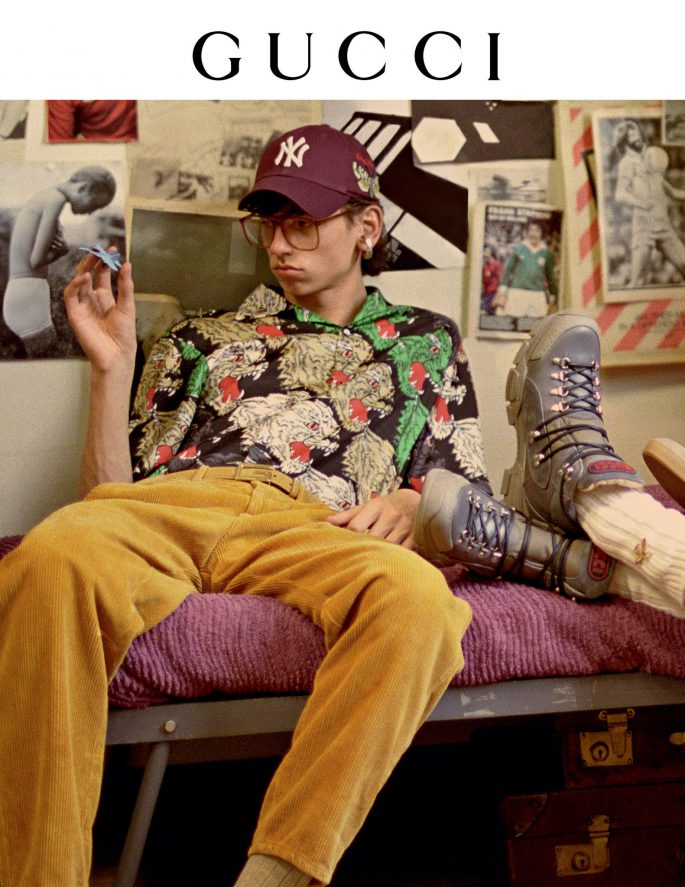 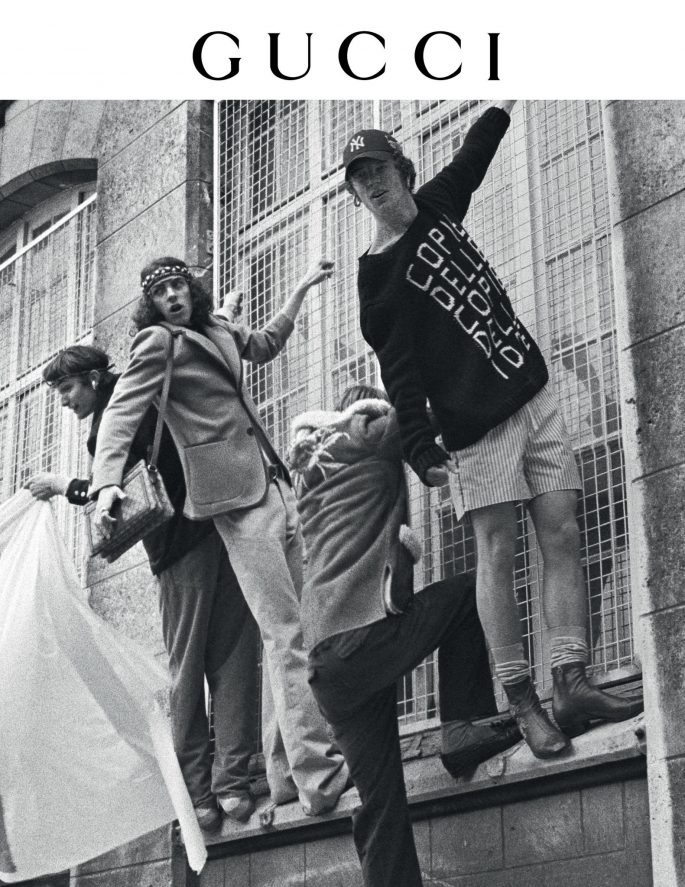 “Gucci’s campaign captures the spirit of that extraordinary moment. But, as well as recalling a specific time and place, there is also an allusion here to the urban grittiness of the cinema of the mid-Nineties. However, unlike that genre, Gucci’s take on youthful rebellion is at its heart romantic rather than angry – after-all, these young dreamers quote verse by bohemian symbolist poet Rimbaud and come together under the banner of Liberté, égalité, sexualité. Indeed, in three film teasers for the campaign, student couples exchange secret notes in a classroom during a poetry lesson, each bearing a love slogan.” –  Gucci Pre Fall 2018 Press Release 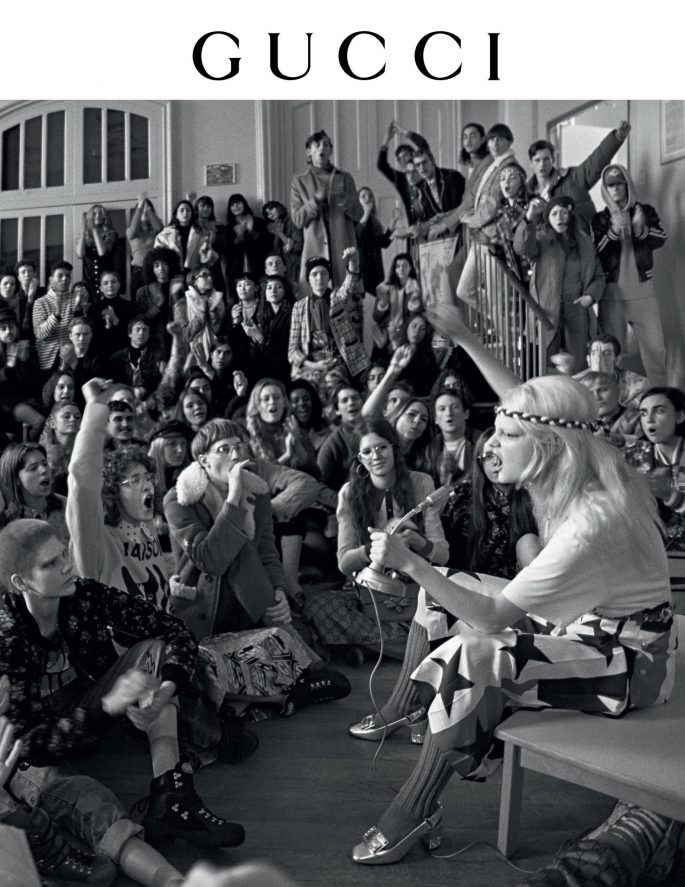 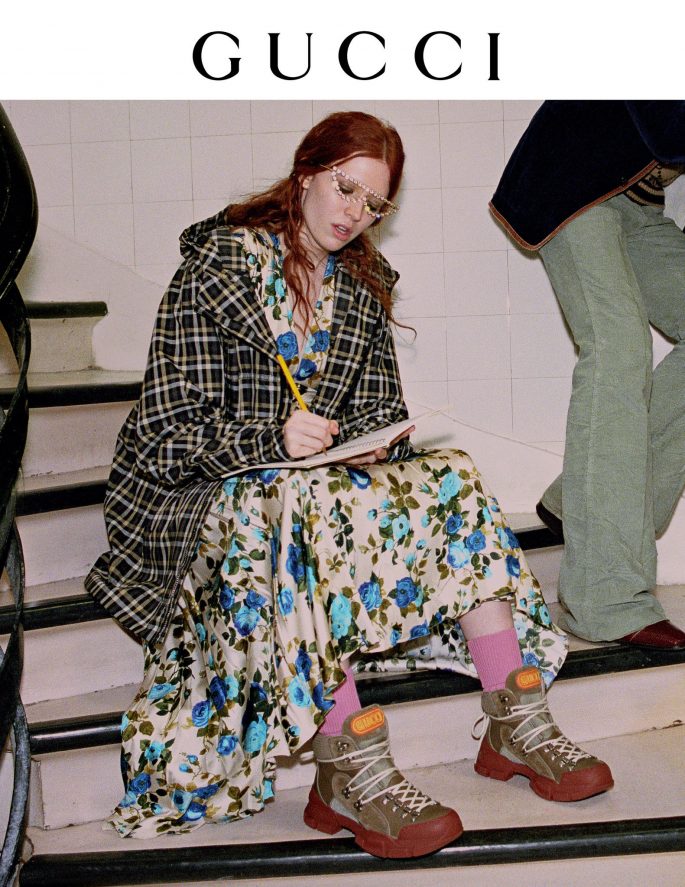 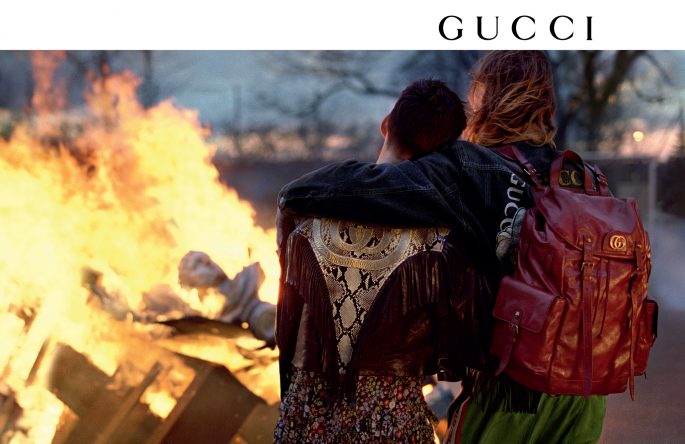 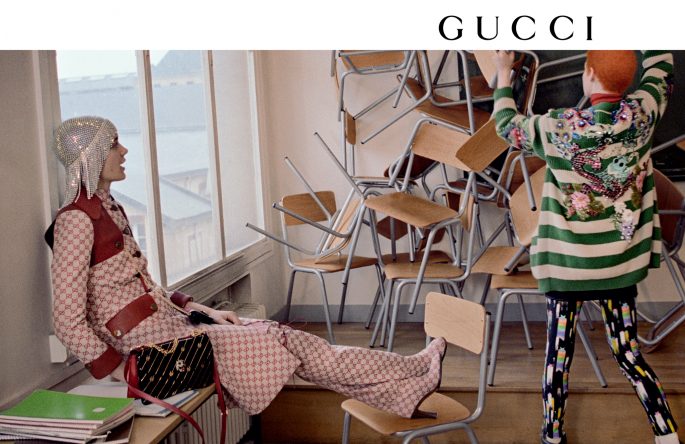 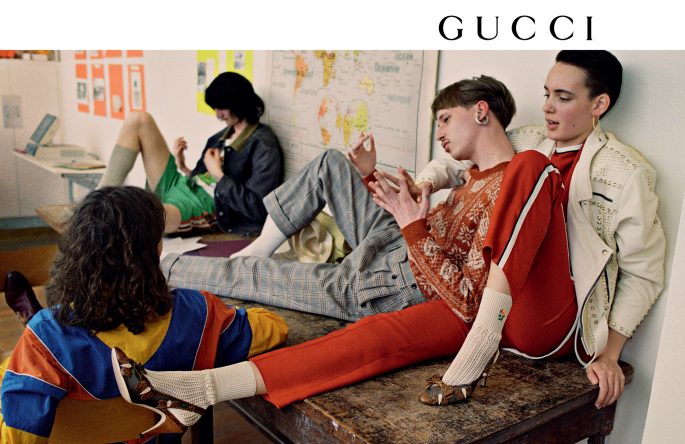