Tobin Smith transformed his East London studio into ‘The First Law of Kipple,’ an immersive and vibrant installation comprising thousands of colour-coated objects.The various cluttered items were collected by both the artist and from public donations amassed from a social media announcement, bringing together an expansive range of stories, subjects and shapes.

The sweeping arrangement turned the space into a sea of graduated colour. The work references the fictional concept of ‘Kipple’, as described by science fiction writer Philip K. Dick’s 1968 novel ‘Do Androids Dream of Electric Sheep,’ later adapted into the film ‘Blade Runner’. The fictional word ‘Kipple’ is used to describe useless, pointless objects that humans accumulate. 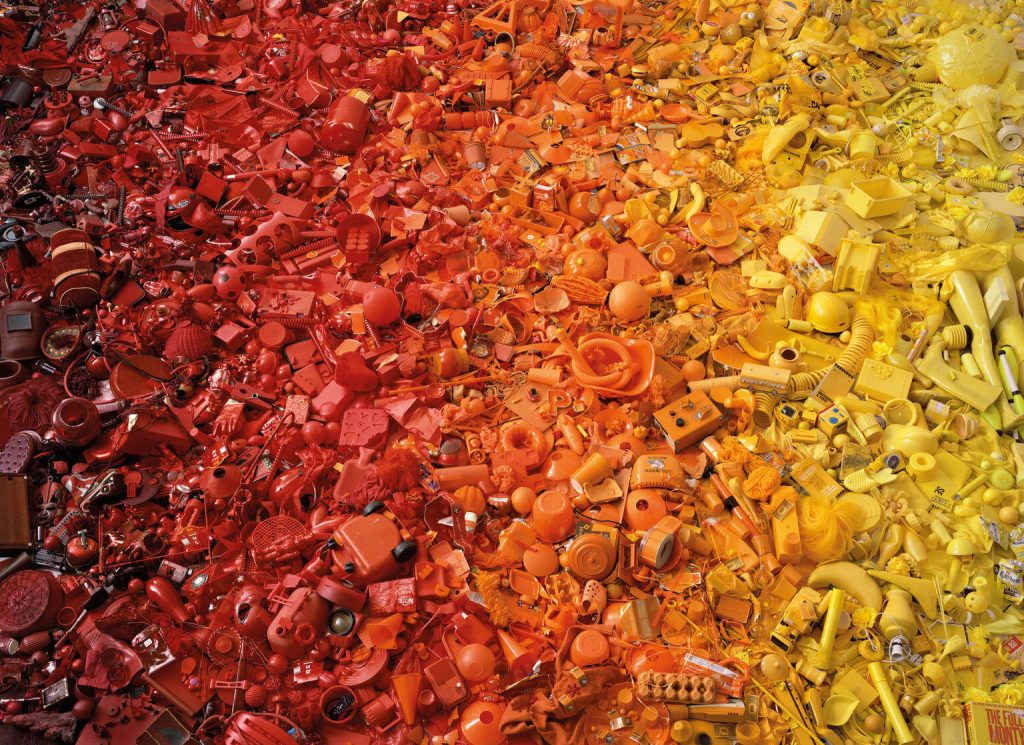 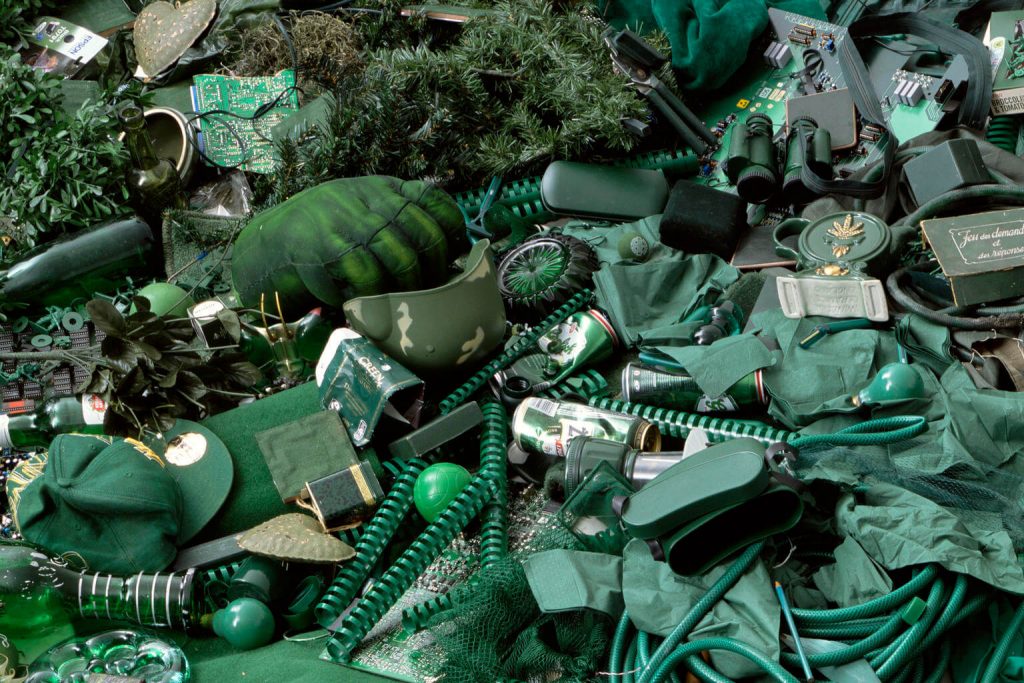 Following the success of Dan’s ‘Kipple’ installation, he was commissioned by Absolut and BBH London to create a larger-than-life installation using rubbish from the streets of Los Angeles. Sorted by colour, 15,087 pieces of trash were transformed into a piece of art.

The installation lived as a billboard in Los Angeles for one week from April 22nd 2019 (Earth Day) bringing the city’s attention to human waste and its environmental impact. The project was documented throughout with a series of behind the scenes films which were screened on the billboards of L.A. Live, surrounding the physical artwork. 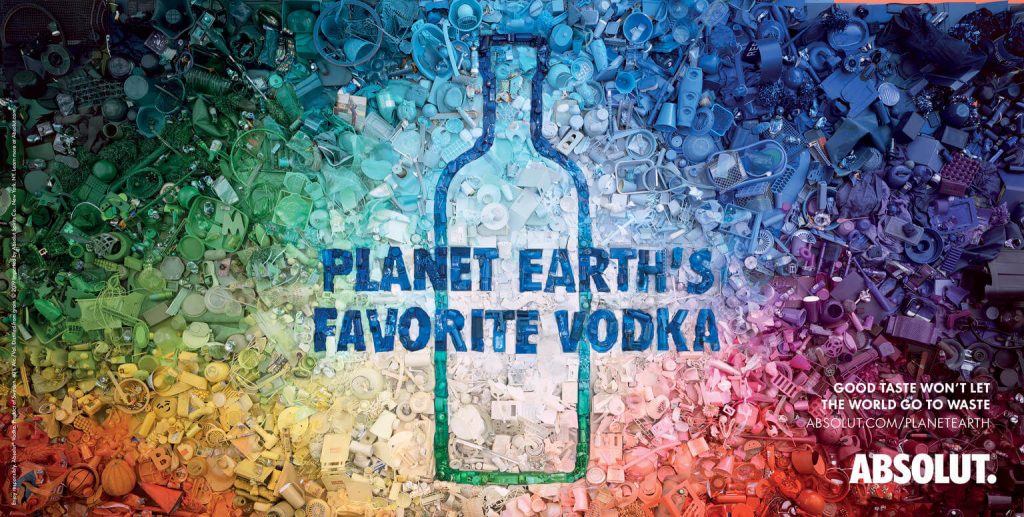