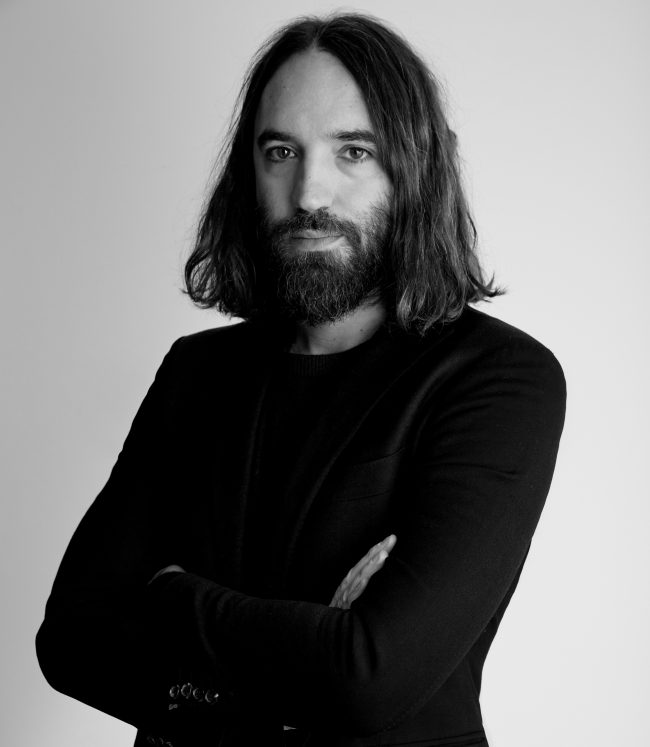 Over the past few years, Ferdinando has been pioneering a new type of creativity for the fashion and luxury industry. His unique, concept driven process has shaped in-depth strategic and creative partnerships with Prada, Versace, and Adidas Originals, each time tasked with the complete re-positioning of the house’s voice and image.

Most recently, Ferdinando has been focused on the publishing world by re-thinking the iconic Vogue Italia publication, with the aim to bring it closer to its original position of industry challenger, creating in the first year a few unprecedented cases in the magazine’s history, including the first ever completely illustrated issue, involving no photographic production as an ecological statement, the first completely blank cover as a symbol of silence during the height of the pandemic in Italy, and covers drawn by children of 2 to 9 years old to introduce a discussion on the topic of youth during the pandemic. In September 2020, he conceived an issue with 100 covers, each dedicated to one person, each telling the story of their lives in 1 minute and most recently, an issue dedicated to animals in which no fur or leather were featured in the editorials.

His current collaboration with Prada has seen the same progressive mindset come to life with ideas such as that of premiering the 2020 resort campaign wrapped around flowers to be found in flower shops around the world, and later, turning the campaign into a Sotheby’s benefit auction selling unique pieces from the fashion show to benefit Unesco. Most recently, he created an interactive, evolving print campaign that is made of dialogues between Miuccia Prada, Raf Simons and their audience.

Ferdinando’s work has been awarded with some of the highest honors in the creative industry, including the Grand Prix at the Cannes International Festival of Creativity, Gold Lions, as well as D&AD and Grand Clio Awards, where he has been the most awarded creative in the fashion and beauty category.

Ferdinando lives and works in NY.