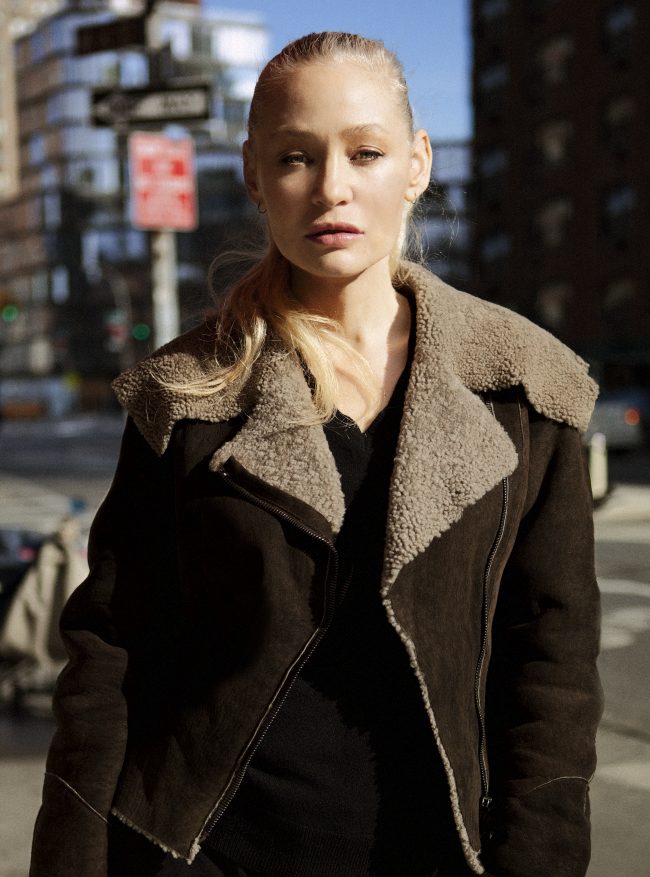 Style icon Melanie Ward has influenced the fashion industry for the past two decades with her pioneering vision and extraordinary talent. Born in London, England, Melanie graduated from London University with a Bachelor of Arts Honors degree. She subsequently studied fashion at Saint Martin’s School of Art where she was awarded “Best Daywear” for her collection. Melanie was the first ever stylist to be honored with a solo exhibition of her work by the prestigious Festival de la Mode in the early 1990’s. She was voted Surface Magazine’s first ever fashion and style icon in a new category of their Annual Avant Guardian Awards in 2008. Melanie is incredibly honored to have been chosen as The Gentlewoman’s first ever female face for their launch issue cover and feature #0 in 2009.

Melanie was first propelled into the fashion spotlight in the early 1990’s when she originated the “Grunge Movement” along with photographers David Sims and Corinne Day. With her revolutionary and industry-challenging aesthetic, Ward’s styling was marked by an irreverent approach to the status quo, shunning mainstream fashion for thrift, customized and made clothing. She is also credited to be one of the catalysts in launching the career of Kate Moss, whom she began working with when Moss was fifteen.

In 1995, Melanie moved to the United States when Liz Tilberis invited her to bring a contemporary edge to the newly restyled Harper’s Bazaar. Tillberis named Ward Senior Fashion Editor of the magazine – a post she held for fourteen years. Melanie has longstanding creative relationships with the most legendary and progressive photographic talents from the world of fashion and art including Inez van Lansweerde & Vinoodh Matadin, David Sims, Mario Sorrenti, Glen Luchford, Craig McDean, Steven Klein, Mert and Marcus, Alasdair McLellan, Zoe Ghertner, Willy Vanderperre to name a few.

However, Melanie’s engagement with fashion culture has always extended beyond image-making and her most significant collaborations have been with designers. Melanie became a pioneer of fashion’s Minimalist movement of the 1990’s with outstanding design, image, and branding collaborations with both Jil Sander from 1992—1995 and Calvin Klein from 1995—1998. Also originating from this period of Melanie’s career, she is most publicly known as full time Creative Collaborator and Muse to Helmut Lang for thirteen years from 1992 until 2005 working on every aspect and category of the Brand. Immediately following Melanie’s departure from Helmut Lang, she was approached by fashion icon Karl Lagerfeld to design a new clothing line under his name. As Creative Director of the Karl Lagerfeld brand, she hired and supervised a large design team and in-house atelier and created all design and branding concepts.