Following our open call for submissions, we present the winner and finalists from our 2019 #CreateCOP25 contest.

The goal of #CreateCOP25 was to collate rich and diverse visual stories on climate change, and to engage the mainstream on issues that often feel overwhelming, terrifying, or just too far away to fully comprehend.

The judges were impressed by the creativity and visual quality of the submissions. Hundreds of young creatives from 40 countries submitted work ranging from fashion design and sculpture to film and photography. Thank you to everyone who applied.

This platform was built for, and inspired by, the young creatives and climate activists who have so successfully reframed and refreshed the climate movement, and woken up the fashion industry. These young people have pulled the world into our current climate moment, and it is in everyone’s interests to ensure we don’t sit back, but use this momentum to build on where we are.

Our winner, Nicholas Bennett, has qualified for a $10,000 prize towards a future creative project responding to the climate crisis, and our five runners-up have qualified for $2,000 each towards future projects. 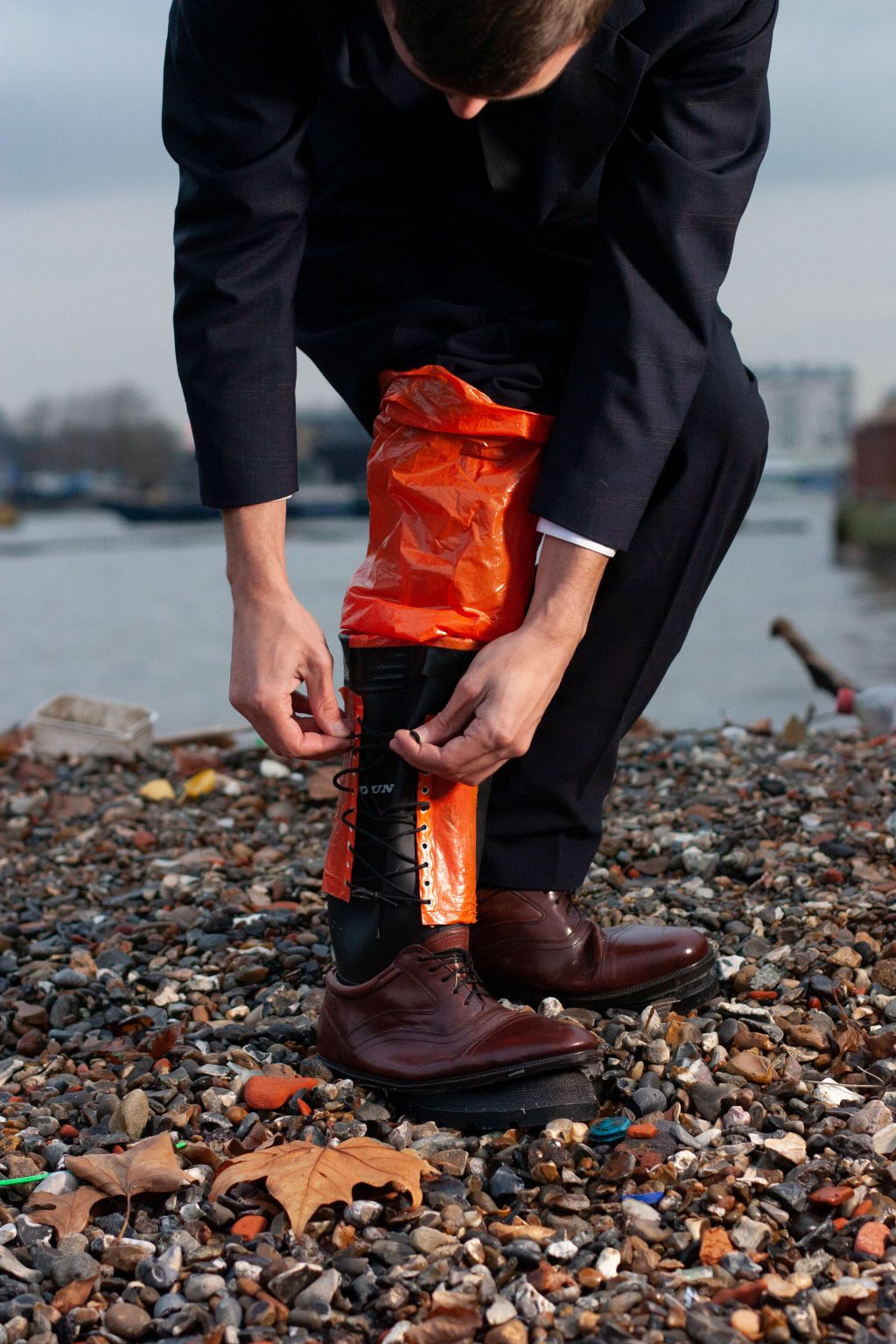 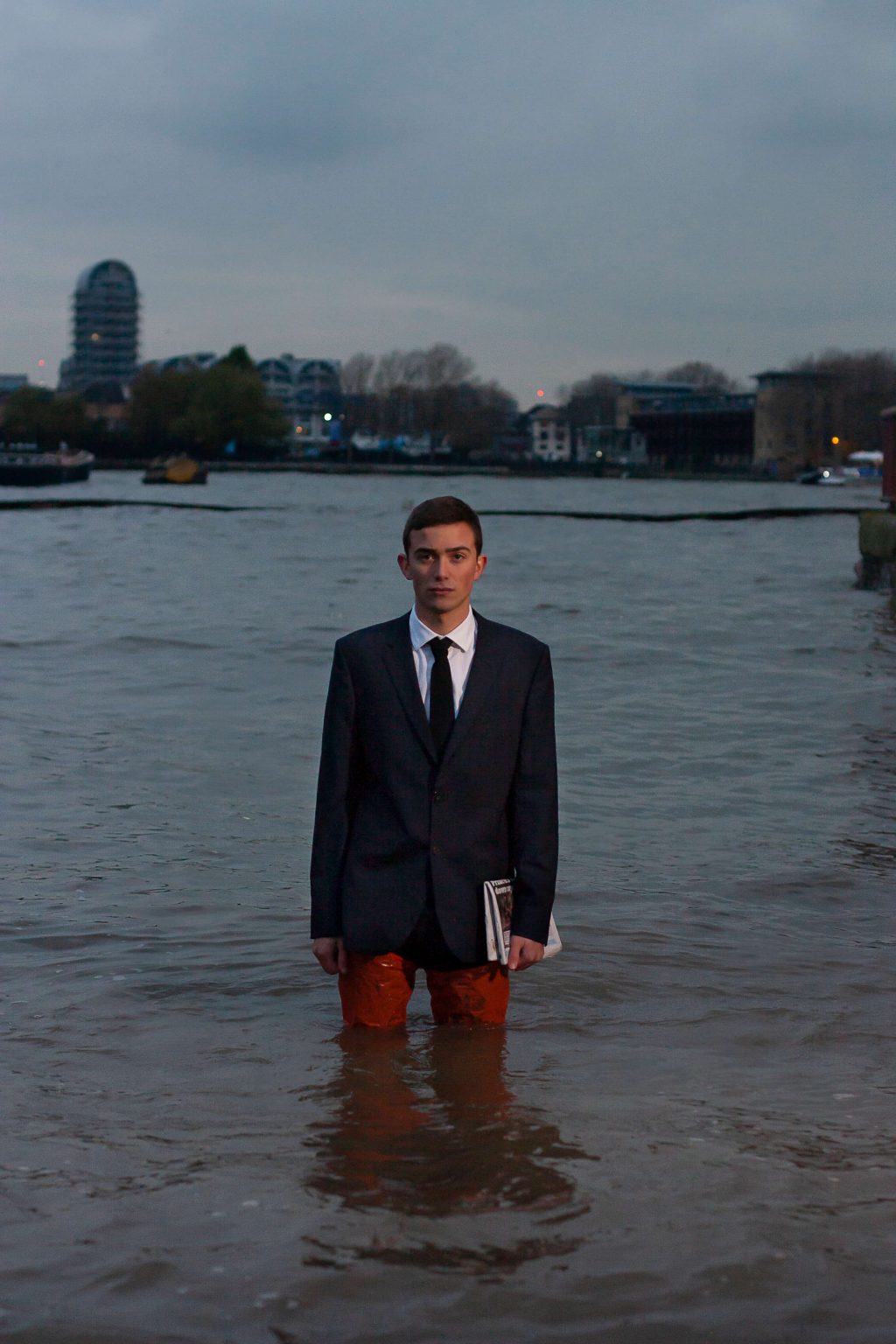 Nineteen-year-old Nicholas Bennett is from North Yorkshire and is in his first year at Goldsmiths London, studying design. Interested in the dual property of everyday objects, Nicholas designed a formal suit for people to wear during flooded commutes, complete with waterproof brogues and waders hidden underneath suit trousers.

NICHOLAS BENNETT: “So many of us are conflicted within ourselves about the climate crisis as we try to balance our heritage and current way of living with how we will have to change in future.

“Concerned by the floods in Yorkshire over the past few years, I wanted to test the space between these old and new worlds, and to see how the suit – a garment with a strong sense of tradition and history – fares against the threat of unpredictable weather. The resulting work may be darkly humorous, but this is fast becoming reality. We have to rethink our skins.”

JURY MEMBER LIVIA FIRTH: “Nicholas Bennett’s work so cleverly portrays a future in which climate change affects even our most mundane daily routines. His thought-provoking visuals encourage us all to think about the world we will leave to our great grandchildren if we do not act now.” 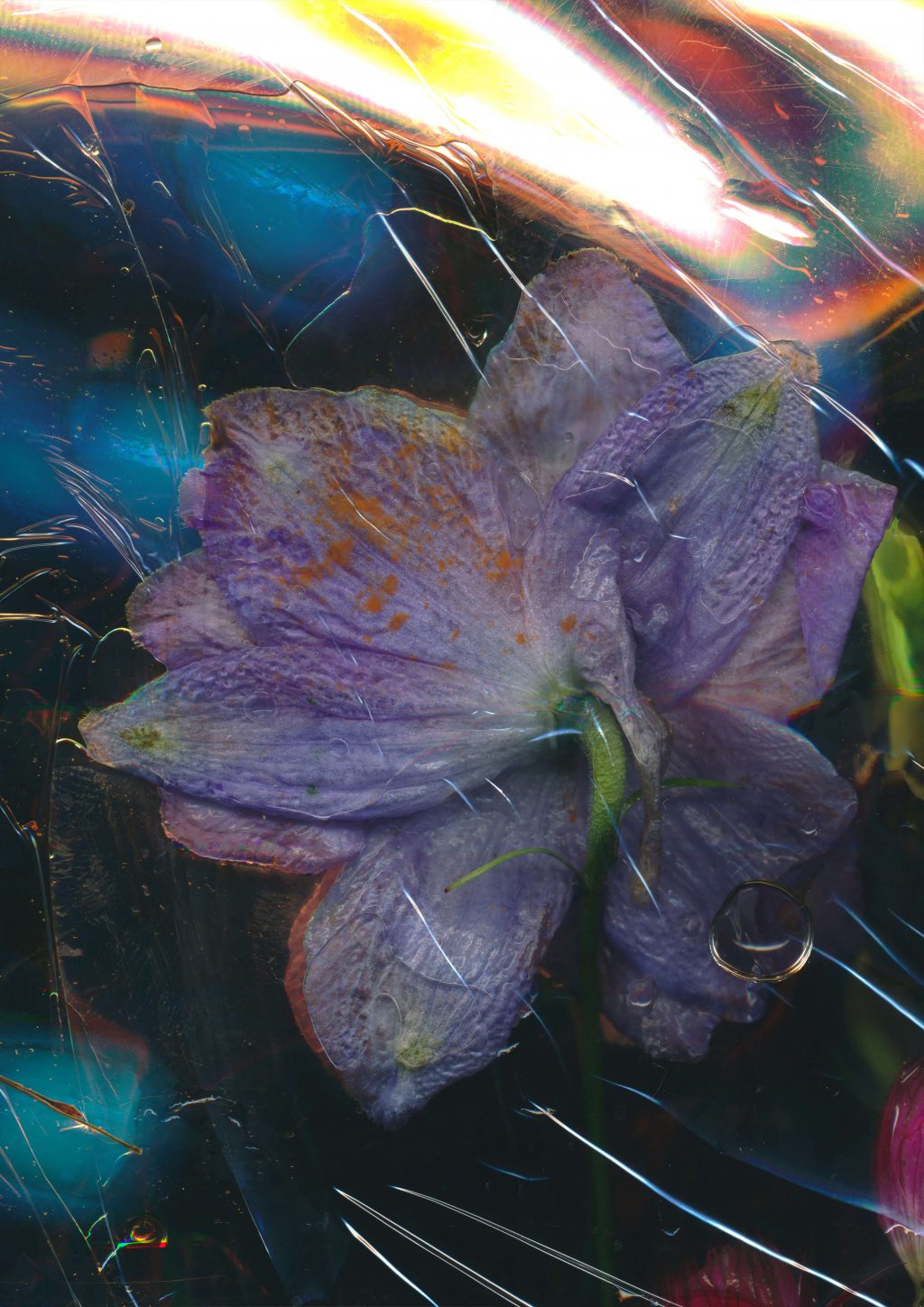 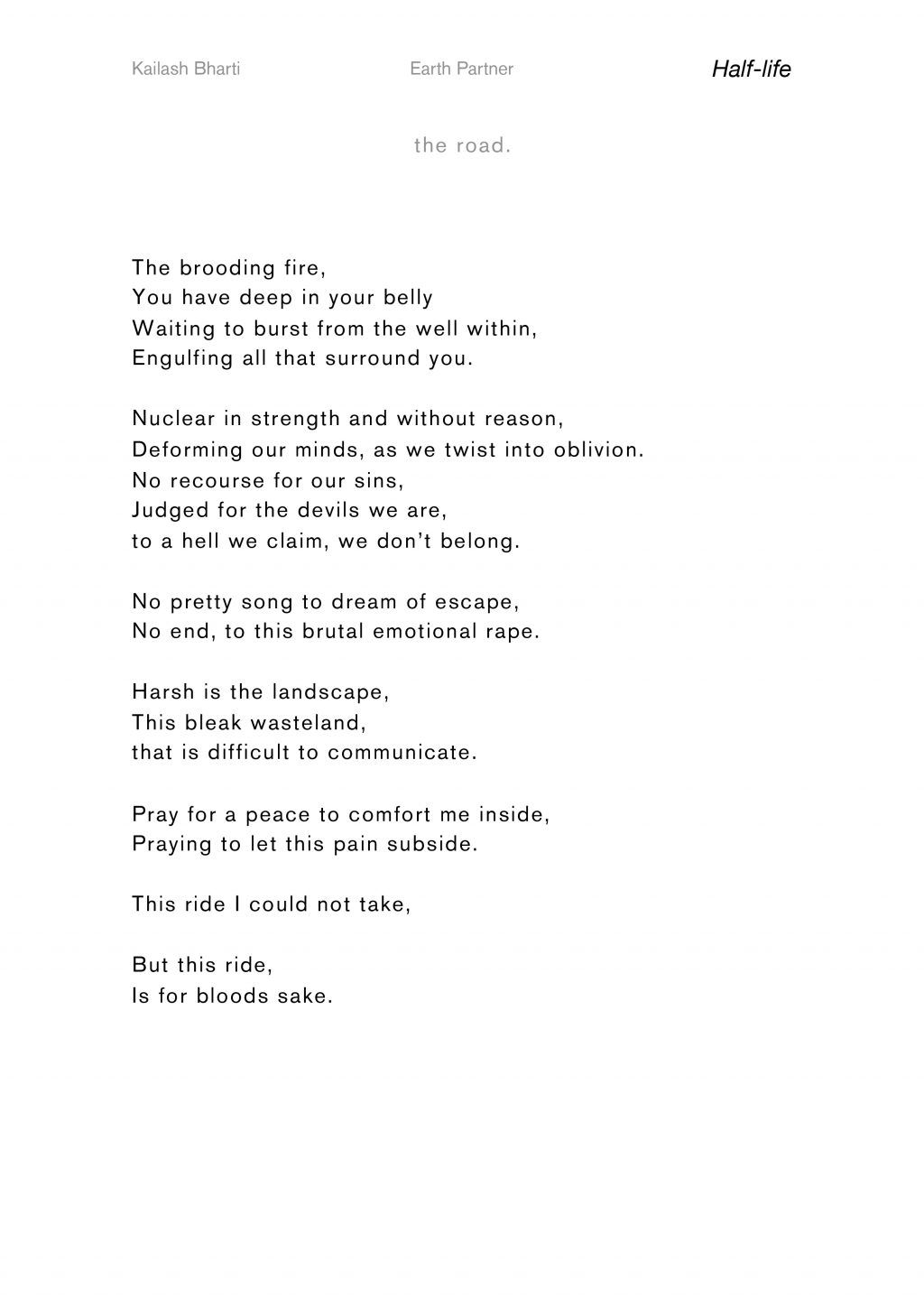 Twenty-two-year-old Kailash is English, Indian, Russian and Dutch, and lives in London. For #CreateCOP25, he created a book of poetry and photography called ‘Half-Life’, which includes seeded pages to be torn out by the reader and sewn in the earth as they progress through the work.

“A sense of urgency has grown in me in response to the decline of our natural world and its multitude of repercussions.

I made this book using poetry and photography as a mechanism to move from the crippling feelings around the concept of extinction and the weight of the climate emergency. I hope to equip young people with the power to translate negative feeling into positive action, starting with the small proposal of planting a seed. It’s a prompt to show that each action has greater value when done with intention.” 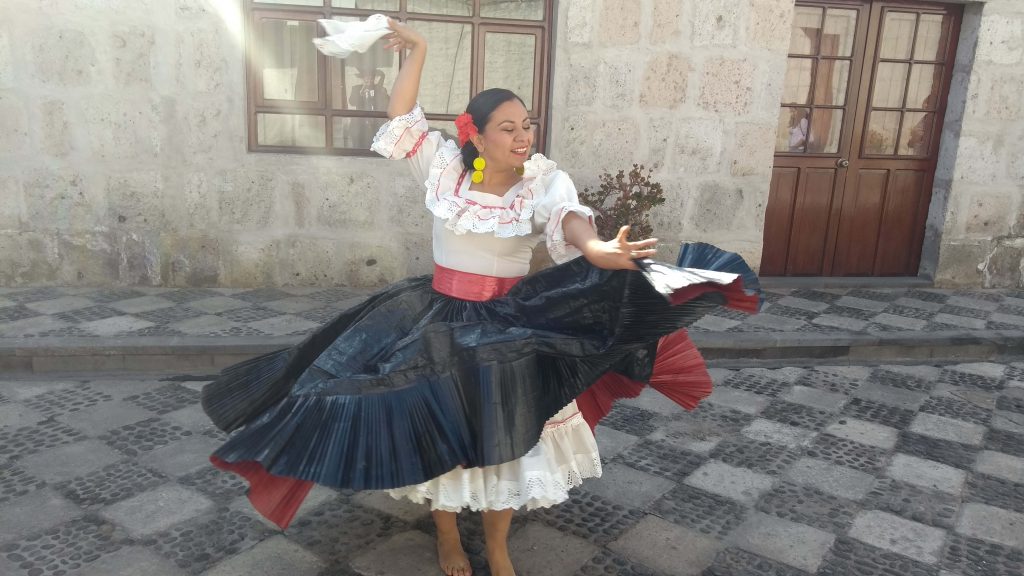 Eighteen-year-old Daphne Gomez is from Arequipa, Peru, and is in her third year studying Interior Design at the Instituto del Sur in Arequipa. For her submission, she made a traditional Peruvian ‘Marinera’ dress from recycled materials, including used jute flour bags and bottle caps, and organised for the 2016 ‘Marinera’ world champion to wear it for a special performance in her community.

[EN] “‘My little effort’ is an initiative that seeks to pay tribute to all those attempts to improve the difficult environmental situation, no matter how small they may be. I was inspired by the ‘marinera dance’ for being a typical dance of my country that I have always liked. I thought that dance and culture would attract the attention of others and thus be able to deliver our message. The message is that we can all carry out climate awareness actions, regardless of our profession or daily activity.” 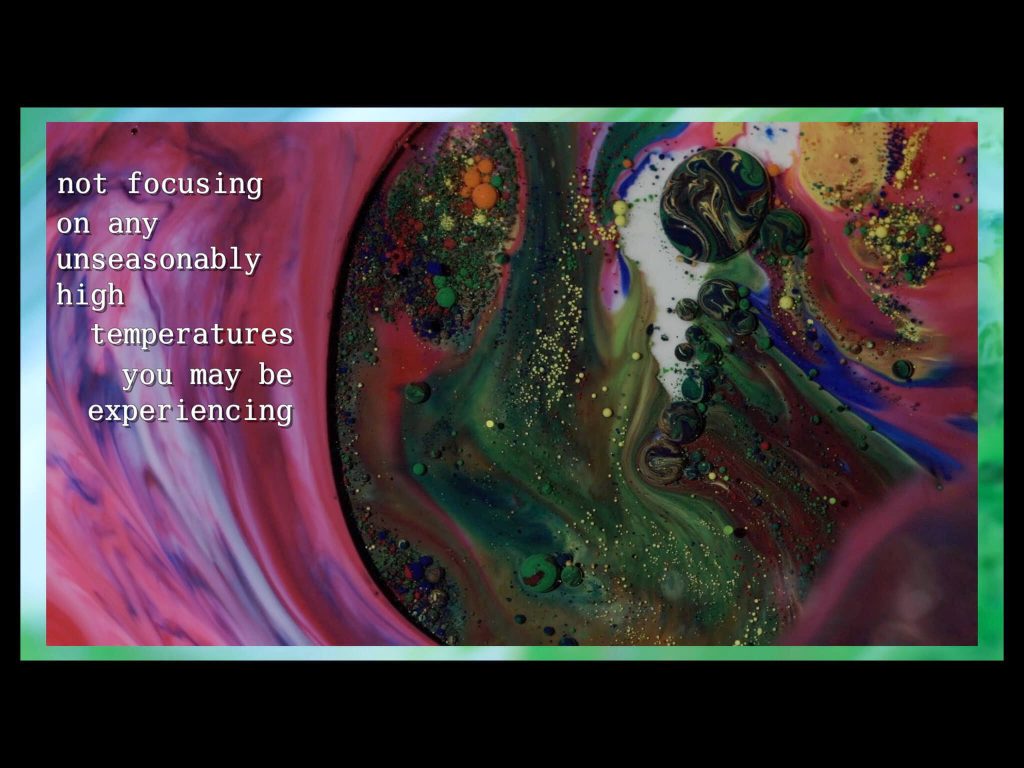 Twenty-five-year-old Sis Gurdal is a director and producer from Turkey with a passion for developing multilayered projects that have a social and environmental purpose. She currently resides in New York where she works full time as a producer and pursues her love for filmmaking by directing perspective-bending films.

“This project started with a desire to shed light on the psychology behind human drivers of climate change. I focus on the connection between mental health and climate action using an absurd ‘Meditation Guide’ format, in which the listener is encouraged to focus on the short-term self and ignore the signs of a warming planet.” 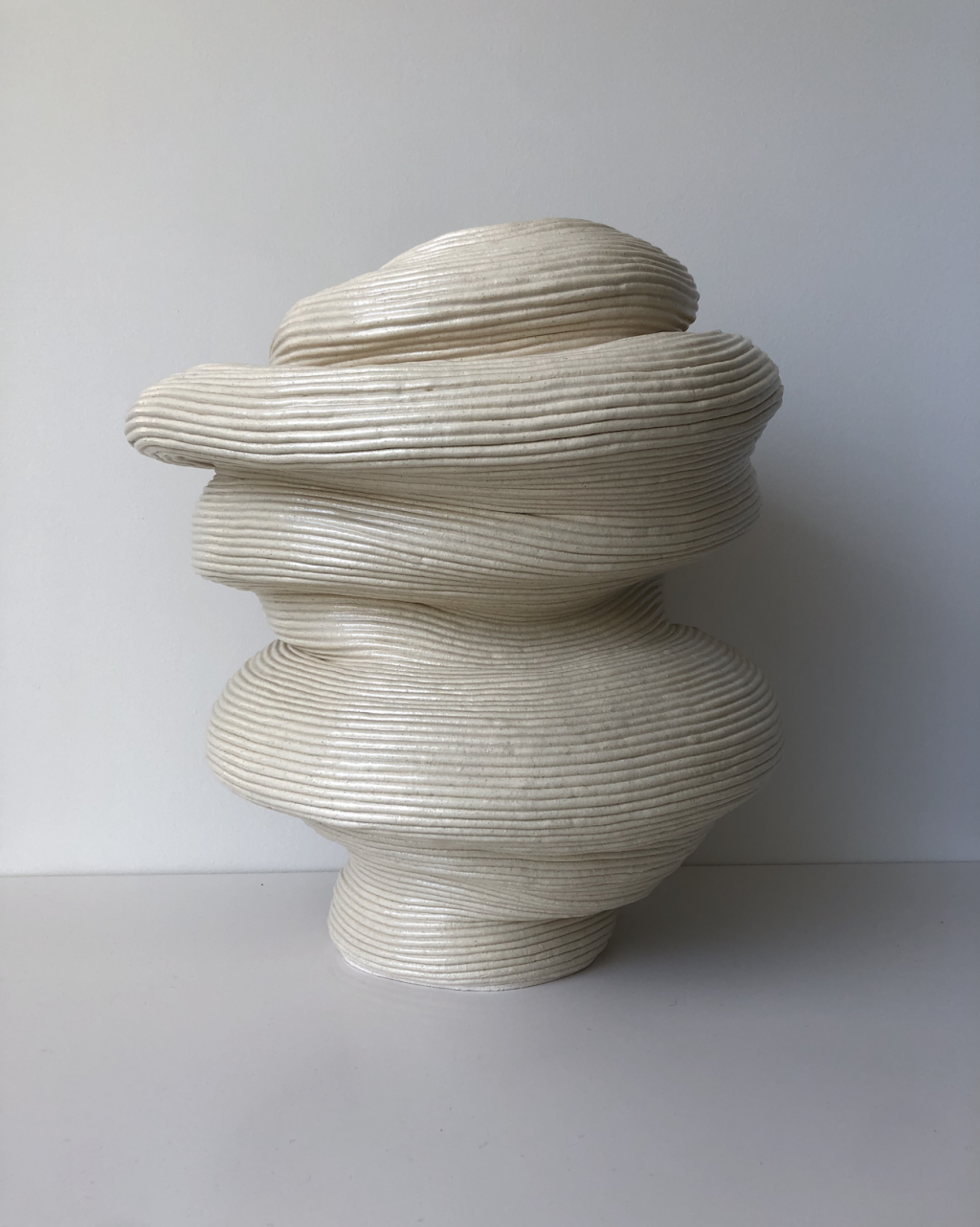 Thirty-year-old Zhu is a contemporary artist based in Melbourne, Australia working primarily with ceramics. Her work investigates the resurgence of the handmade and the ethics of slowness in an age of mass production.

“The title of the work ‘That feeling when you finally decide you want to have children one day, and the next day you read that climate scientists are warning we only have 12 years before the shit hits the fan #2’, is a deeply felt sentiment for many of those contemplating parenthood today, and a sign of the times. On top of the mental load and balancing act we face between career, family and our own identities, the uncertainty of our future adds another layer of responsibility. We now must examine whether it is more loving not to bring a child into a world that is facing and contributing to an uncertain future.” 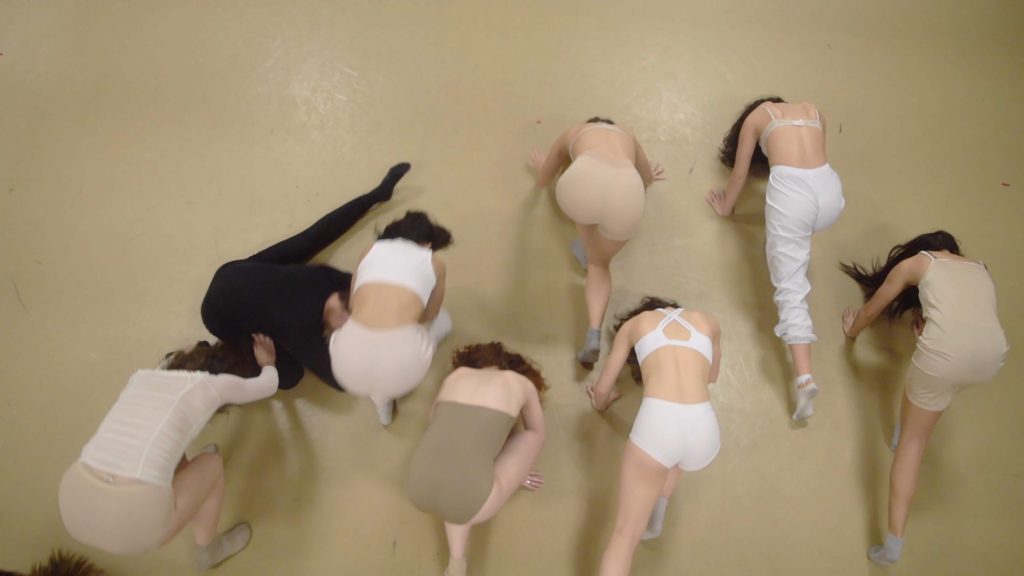 Andrea Saum is a twenty-one-year old student at Pace University in New York City. Originally from Phoenix, Arizona, Andrea is in her third year working towards a Bachelors of Fine Arts in Commercial Dance.

“I believe that dance and movement can be hugely influential in bringing awareness to things that aren’t necessarily human. Using physical bodies to embody the environmental breakdown of the oceans provides the viewer with a greater personal understanding of natural processes that may otherwise seem out of reach or unimportant in their daily lives. Having humans embody the nature we are destroying also creates a paradox that hopefully makes the viewer feel uncomfortable.”