Due to the extremely high standard of work received, the judges selected a shortlist of nine submissions to be showcased on Art Partner’s website and social. Thank you once again to all entrants for submitting such brilliant and thought-provoking work. 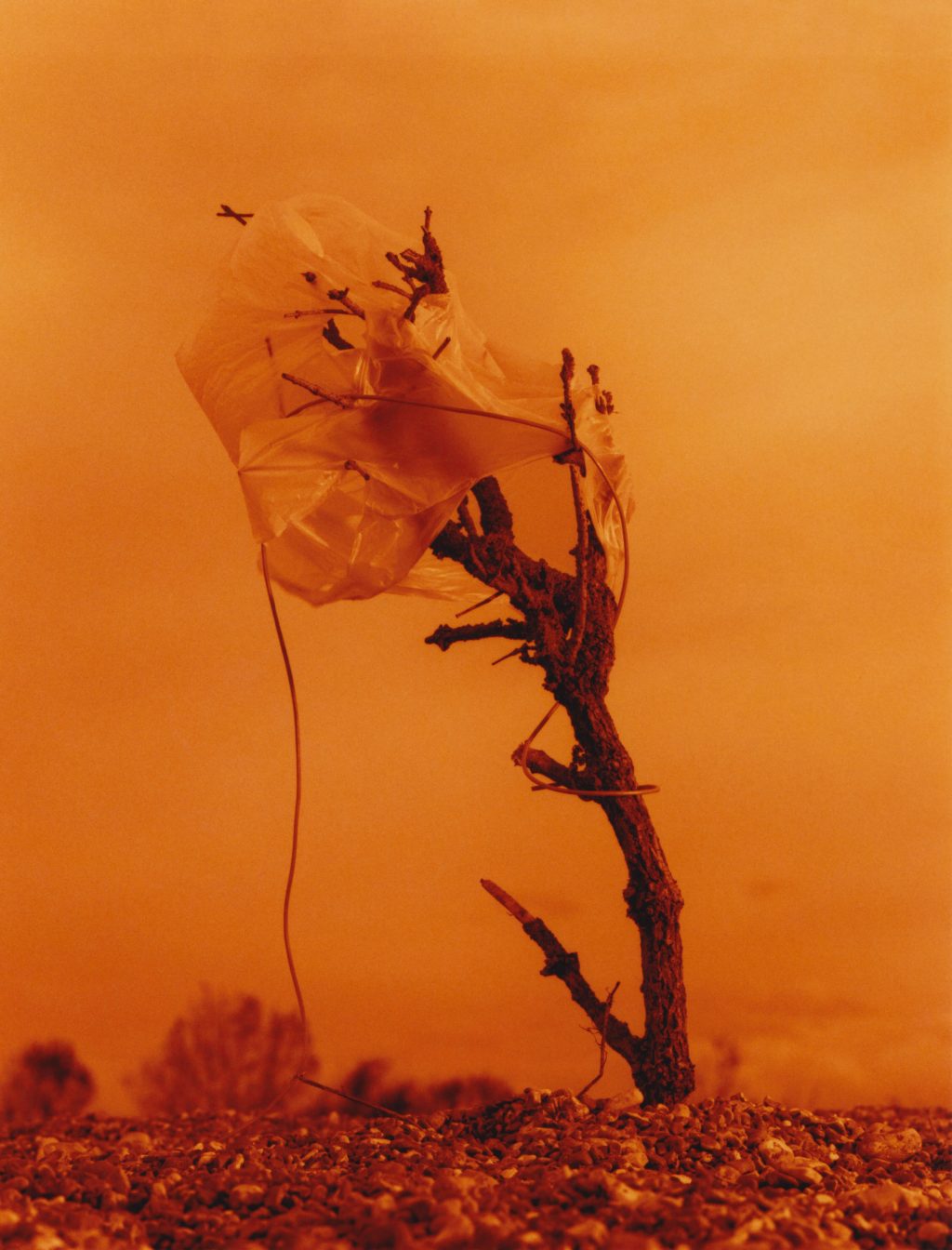 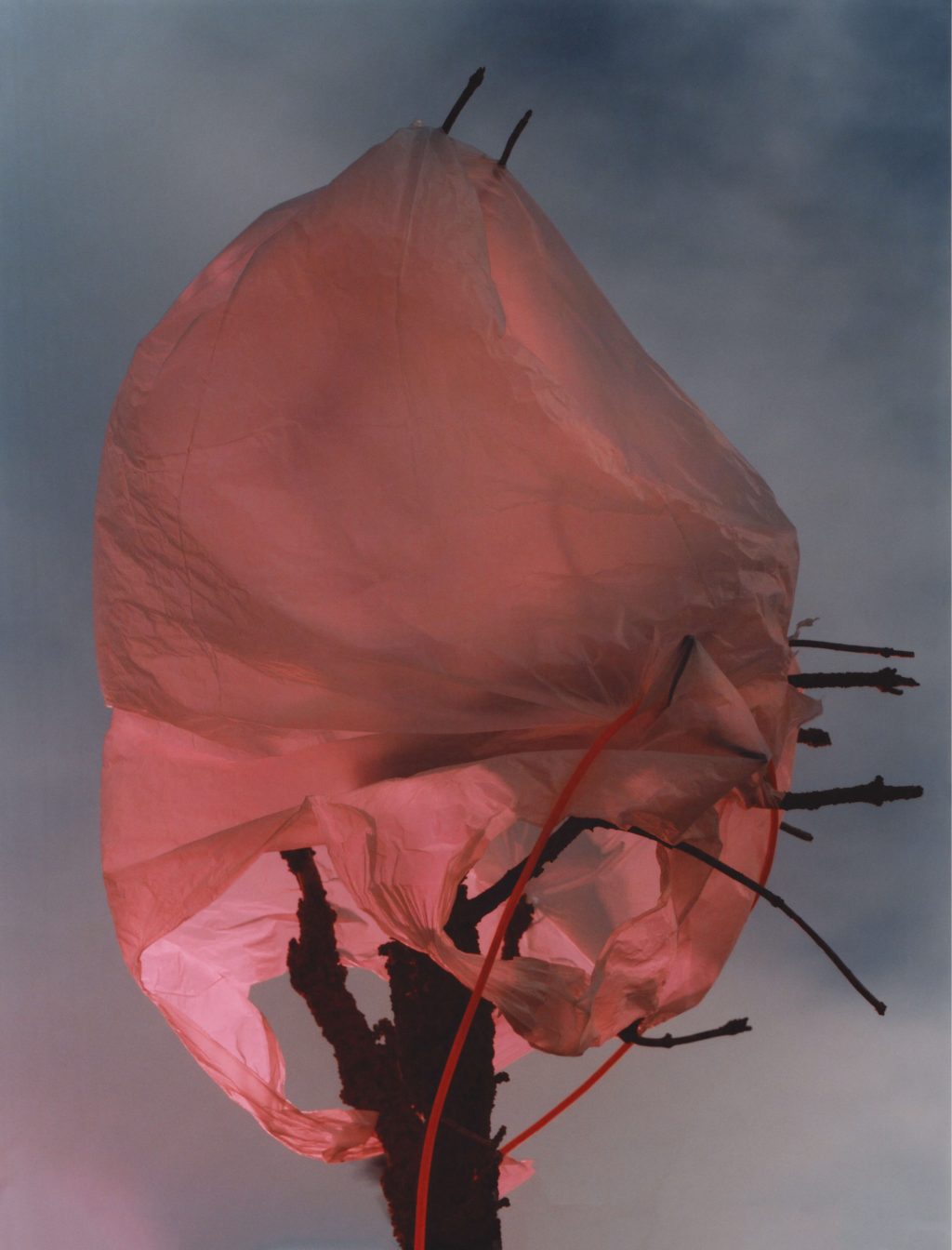 24-year-old Daniel Adhami is a British photographer of Russian and Iranian heritage, born and raised in London.

“Despite our ongoing efforts to dramatically reduce our plastic waste it seems many are still desensitised to its presence in the environment. It sits comfortably amongst urban surfaces and in street gutters. However, when removed from the urban context and placed within a rural environment, it develops an alien-like quality that places it in stark contrast to its natural surroundings. Whether micro or macro, plastic debris poses a threat to both marine and terrestrial life, acting as a synthetic vector for chemical pollutants throughout the ecosystem.”

“Despite its adverse effects on the environment, I couldn’t help being attracted to the materiality of plastic. Its reflectiveness, translucency, malleability and colour. It floats weightless in water yet pulls heavy once removed; flat and lifeless when still, yet bloated and expansive when blown by the wind. There is a certain darkness to its beauty: it intoxicates, poisons and asphyxiates. It is permanent.” 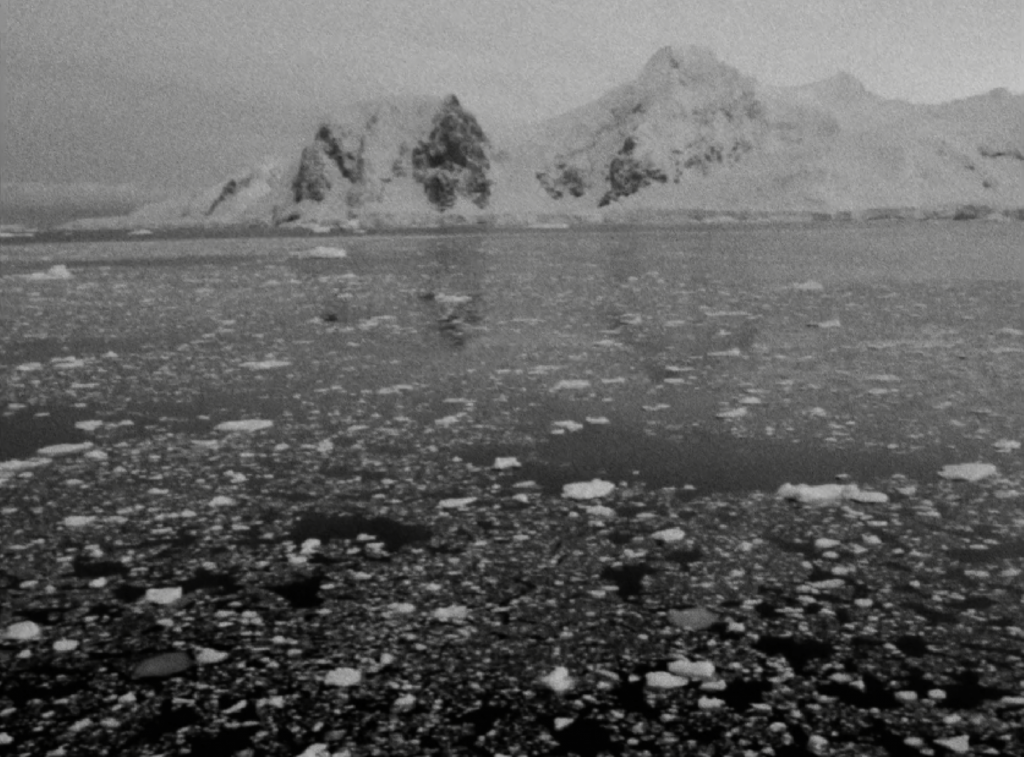 22-year-old Alice is a sound artist, theatre maker and environmental campaigner from London. Her theatre company ‘Alan and Ron’ explores the power of humor in communicating climate change. She is also the founder of Staging Change, a network which supports performers responding to the climate crisis. 25-year-old James is a filmmaker and climate activist. His multi award-winning short documentary ‘Go South’ records his trip to the last great wilderness, Antarctica, with polar explorer Robert Swan. He works as a filmmaker-photographer in London, and runs monthly climate action meetings.

Through their new collaboration, Alice and James investigate the intersection between climate change and the arts, and the power that film and audio has in communicating big issues.

“Our vision is to create films that lead towards an optimistic imagining of what the future could look like. As 2020 marks the start of the Climate Decade, we want to explore how we can turn the anxieties that we feel into positive and hopeful action, inspiring others to do the same in the process.

This first film is an emotional response to the following questions: what does the collapse of ancient ecological systems mean for us?; how do we understand our connection to something intangible?; how can we contemplate how our past and present actions affect our future? The anxiety and grief expressed in the film is the result of listening to the crisis. In order to process the psychological impact of climate breakdown, we are channeling it into our work, translating our experiences into art, rather than holding it in.” 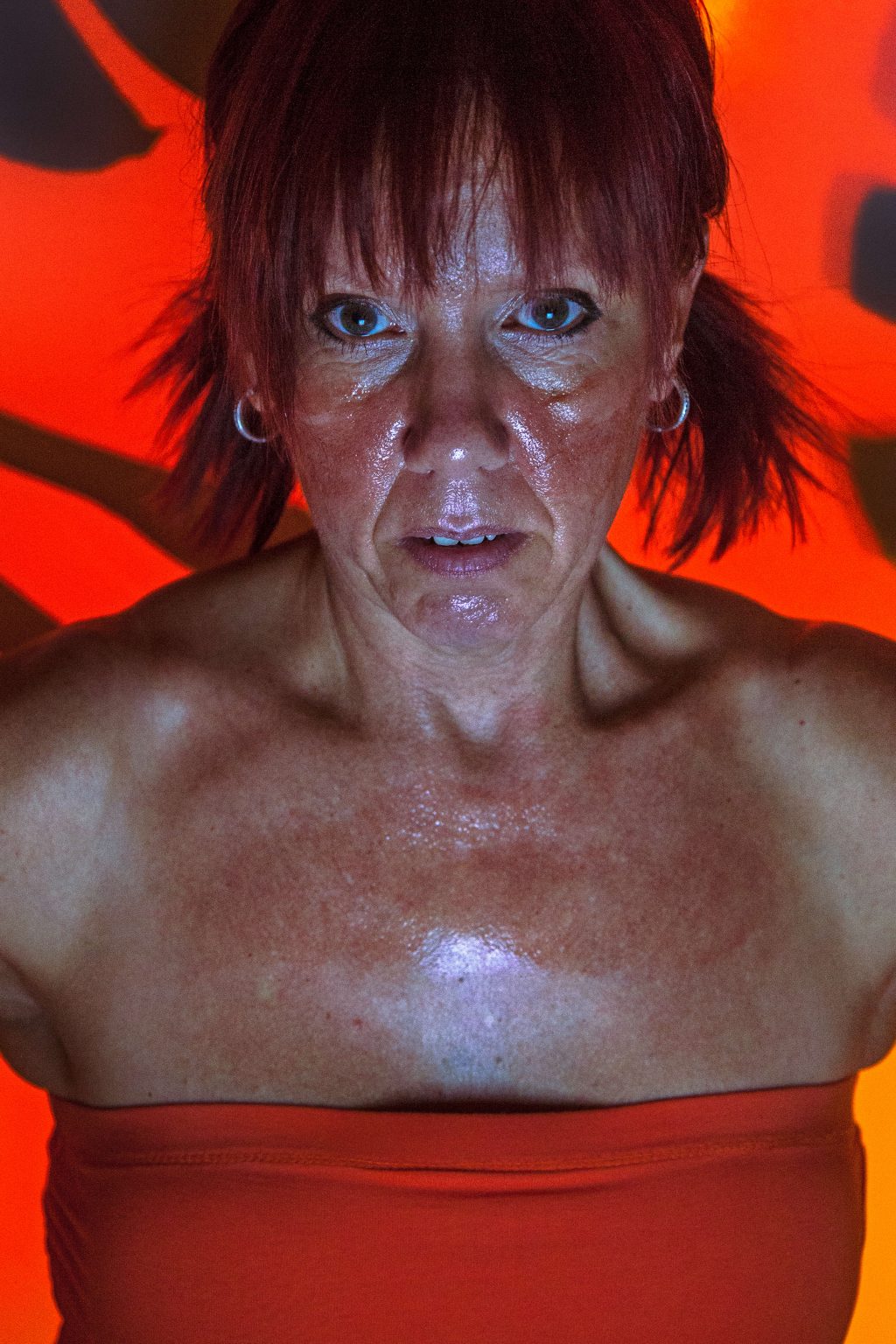 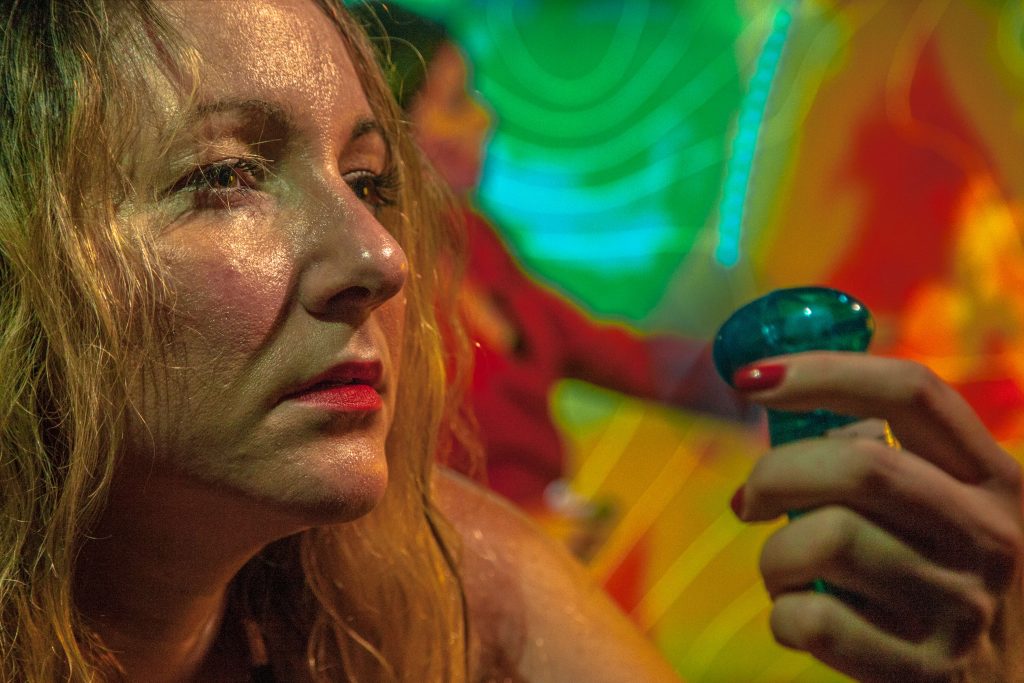 23-year-old Dean Hoy is a London based photographer working in photography duo titled R+D, alongside working on personal projects. Their practice approaches the subversion of suburbia and popular culture with a hyper-real lens.

“‘The Dangerous Summer’ approaches dystopian Britain as a dark, unbearable, moist place existing in an everlasting heatwave. This fictional, yet believable realisation of a future Britain has been heavily inspired by British people’s online complaints, life-hacks and meme’s regarding our weather, and the little effort to combat it.

The reality of a dystopian Britain is portrayed through a series of portraits of members suffering through ‘The Dangerous Summer’ as a result of lack of action. Not putting the blame on them, but reinforcing the point that the system needs to change, we need to put in effort, love our planet or we will suffer.” 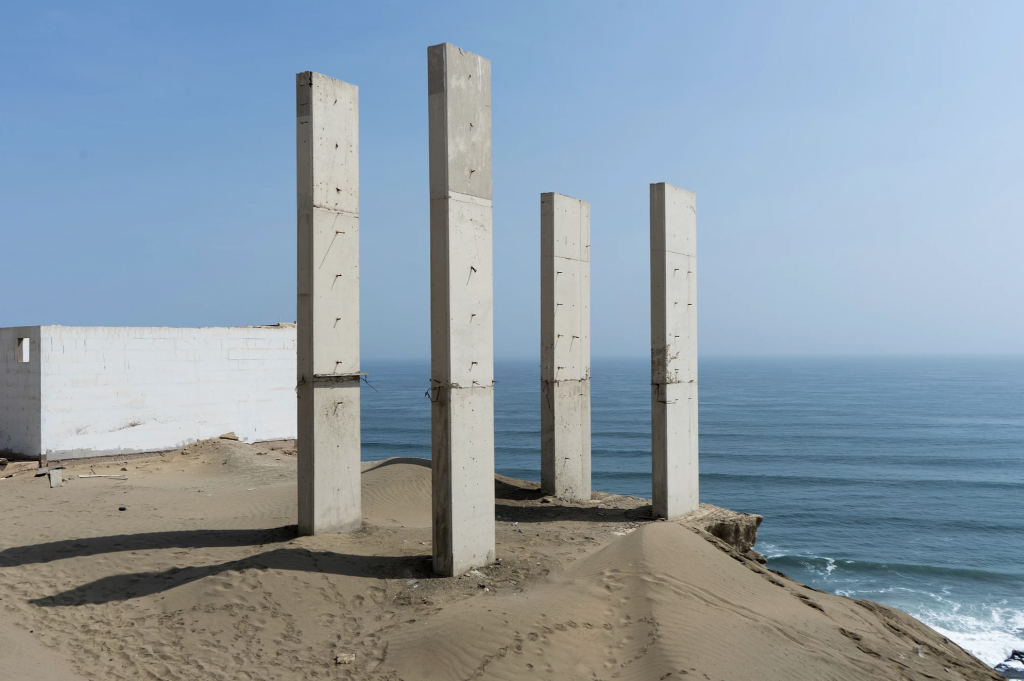 22-year-old Joaquin Boluarte Jave is a Peruvian documentary photographer with a sensibility to how society is reflected in the architectural hybridity that exists in his country.

[EN] “The photographs presented were taken in a private condominium called “French Riviera and Italian Riviera” on the Valdivia beach, located at 112km of the Panamericana Sur, in the province of Cañete, Lima region. It was a residential project under construction that was abandoned after the Ica earthquake in 2007. The original idea posed a private paradise for vacationers turning nature into a space of luxuries and privileges.

The idea is to express the tension between nature and the arrogance of man who tries to make it his own. Such has been the process of erosion and oblivion during these years, that the construction has intensified the deterioration process turning the remains into an intervention within the natural landscape. Riviera, has thus acquired the condition of ruin in full swing of the balnear season of southern Lima, completely changing the geography of the natural area on the beaches of the Peruvian coast.” 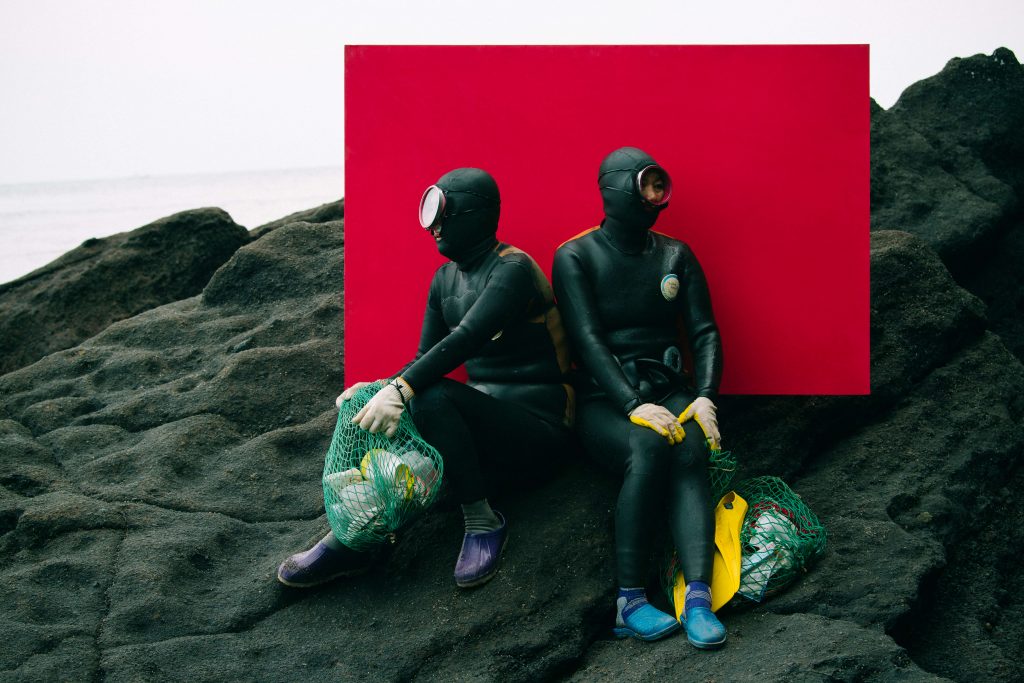 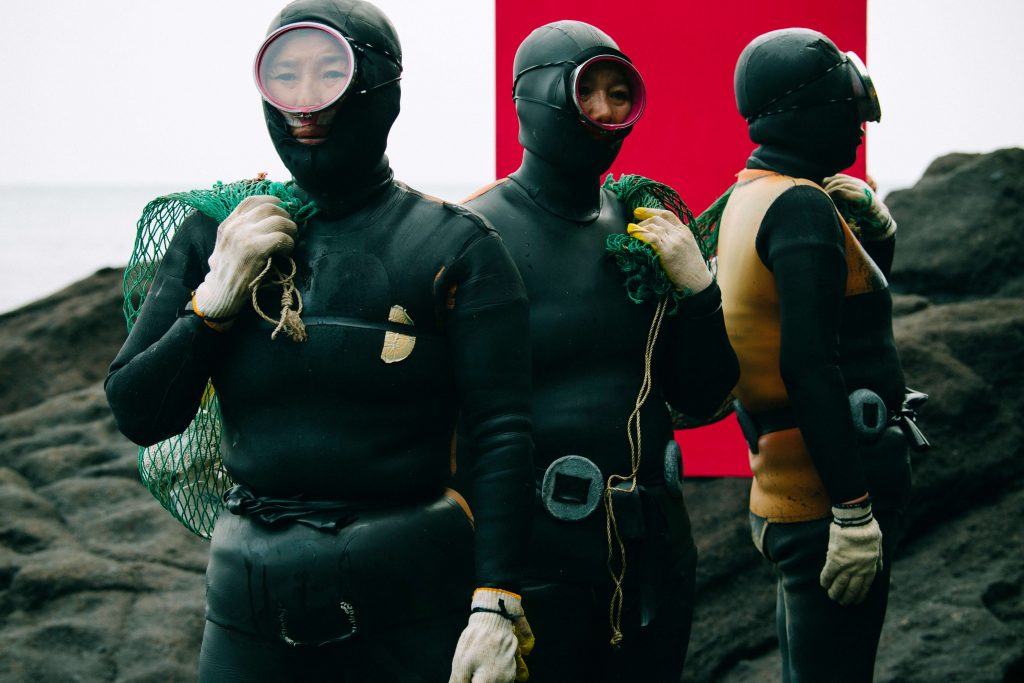 “Jeju Island, home to Hallasan Mountain, Gotjawal Forest, Oreum Volcanic Cones, and Coastal caves, is a place of natural wonder and called “a treasure island” by locals. The island has a long history of coexistence of humans with nature. In 2012, At the closing ceremony of the WCC (World Conservation Congress), the “Jeju Declaration” was adopted, a commitment to clean up Jeju Island and keep it sustainable, and serve as a model for environmental protection by 2020. However, it has not lived up to its billing.

In recent years, Jeju Island has had a rapid increase in population, tourism, and development. There have been local policies to promote growth in the local economy through attracting more tourists and building the infrastructure. According to research, the amount of garbage for a day has increased 2 fold over the last 7 years. This directly contradicts the efforts set forth by the Jeju Declaration. The only outcome from these kinds of policies is clear, as the essential problem is what our current systems of capitalism and consumerism yield, which is the destruction of our environment in the name of profits and gains.

Through this project, I want to show the impact of the environmental pollution on Jeju specifically but serve as a message that applies to the world at large. And further, I want to  illustrate what our relationship with nature can be. I want to ask the question of how can humans thrive without destroying our environment?” 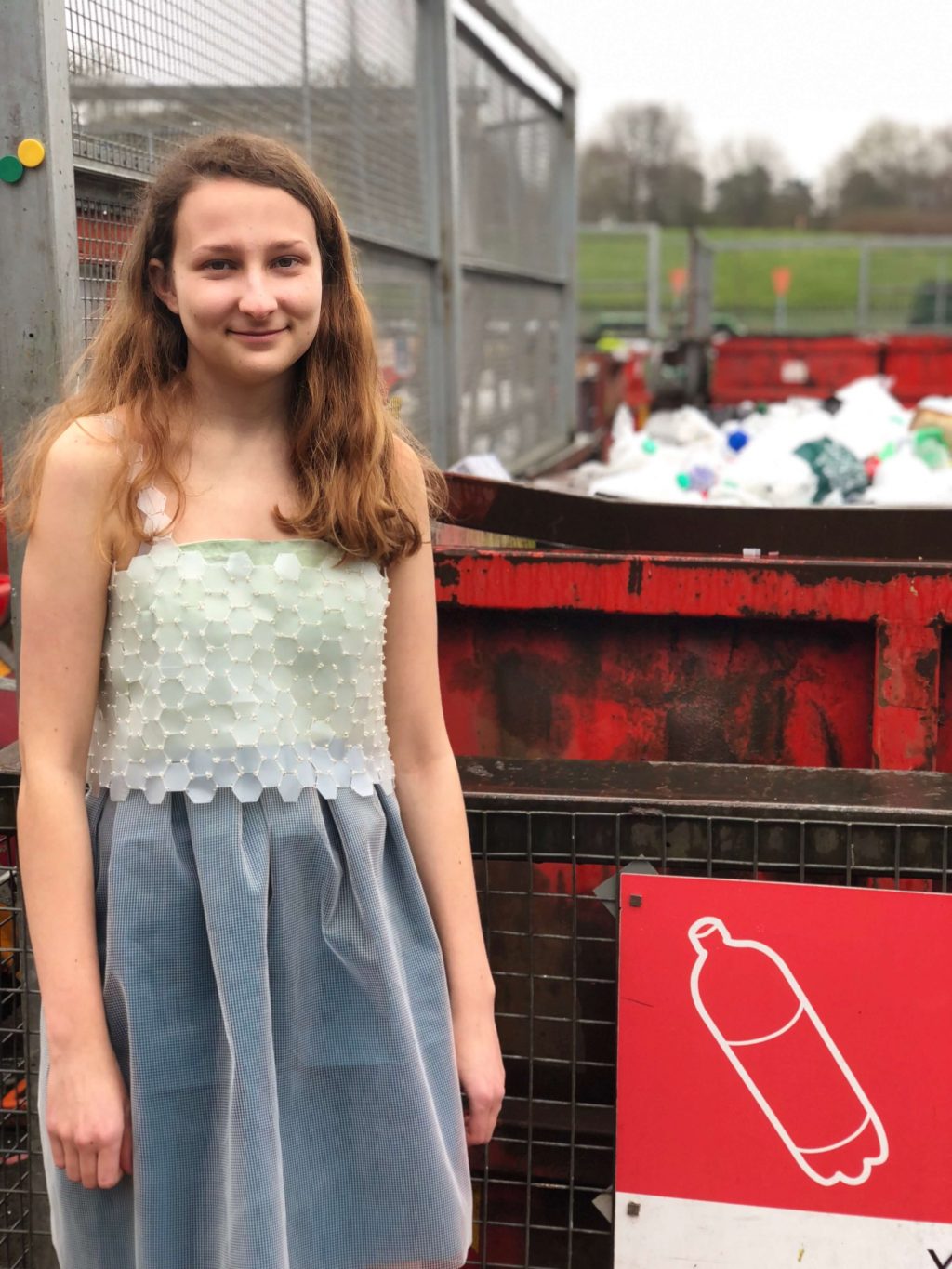 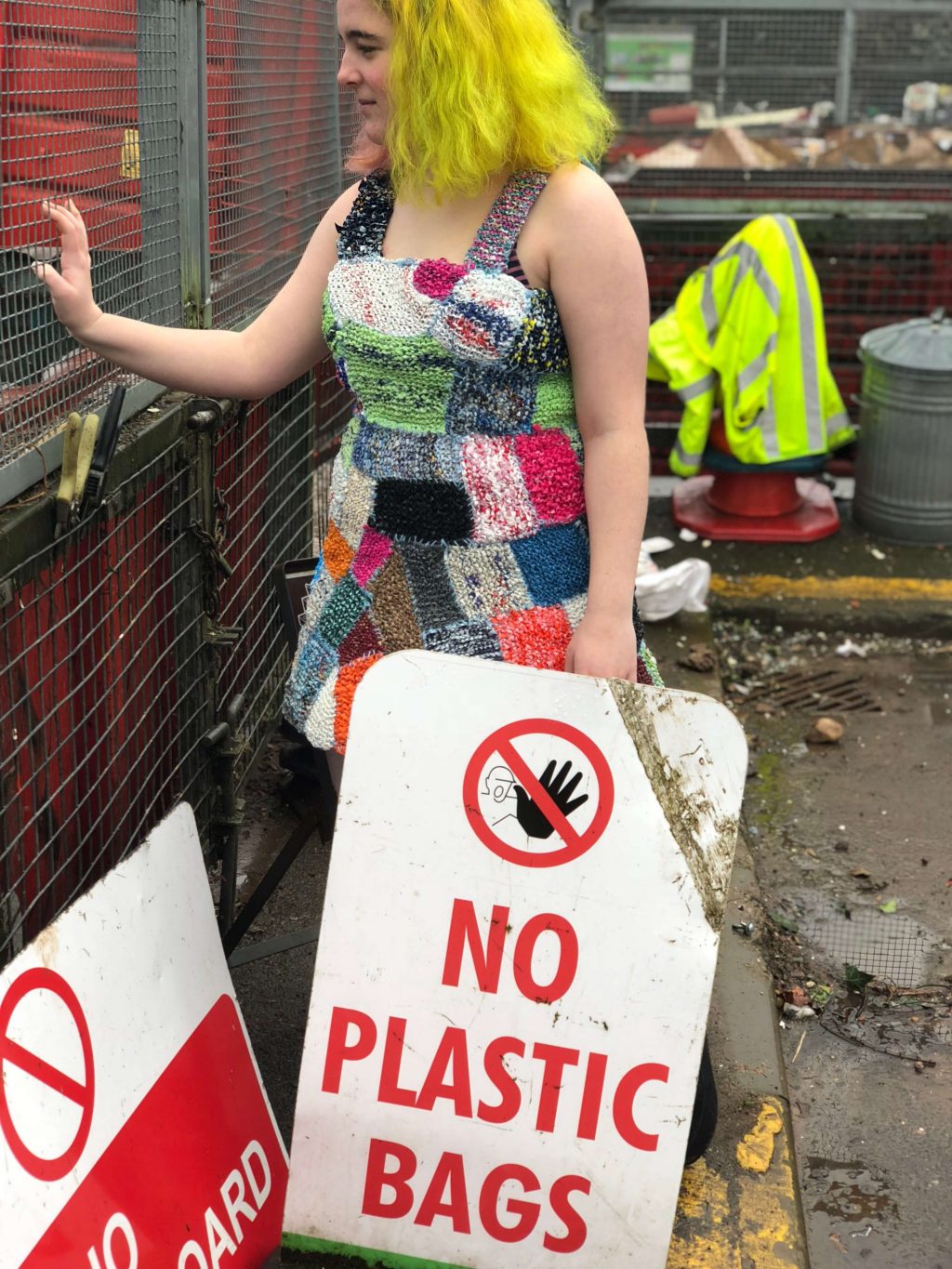 “In this picture you can see items of clothing that I made from plastic that would otherwise be potentially destroying life in our worlds’ oceans. For example the top shown is made completely from non-recyclable plastic bottles and the dress made completely from hand-knitted squares of plastic bags. It also raises awareness of fast fashion, by making people think further about where their clothes are coming from and the environmental impact of them, therefore I would love this opportunity to allow for my work to be seen by a larger audience and raise awareness of these issues in this way.” 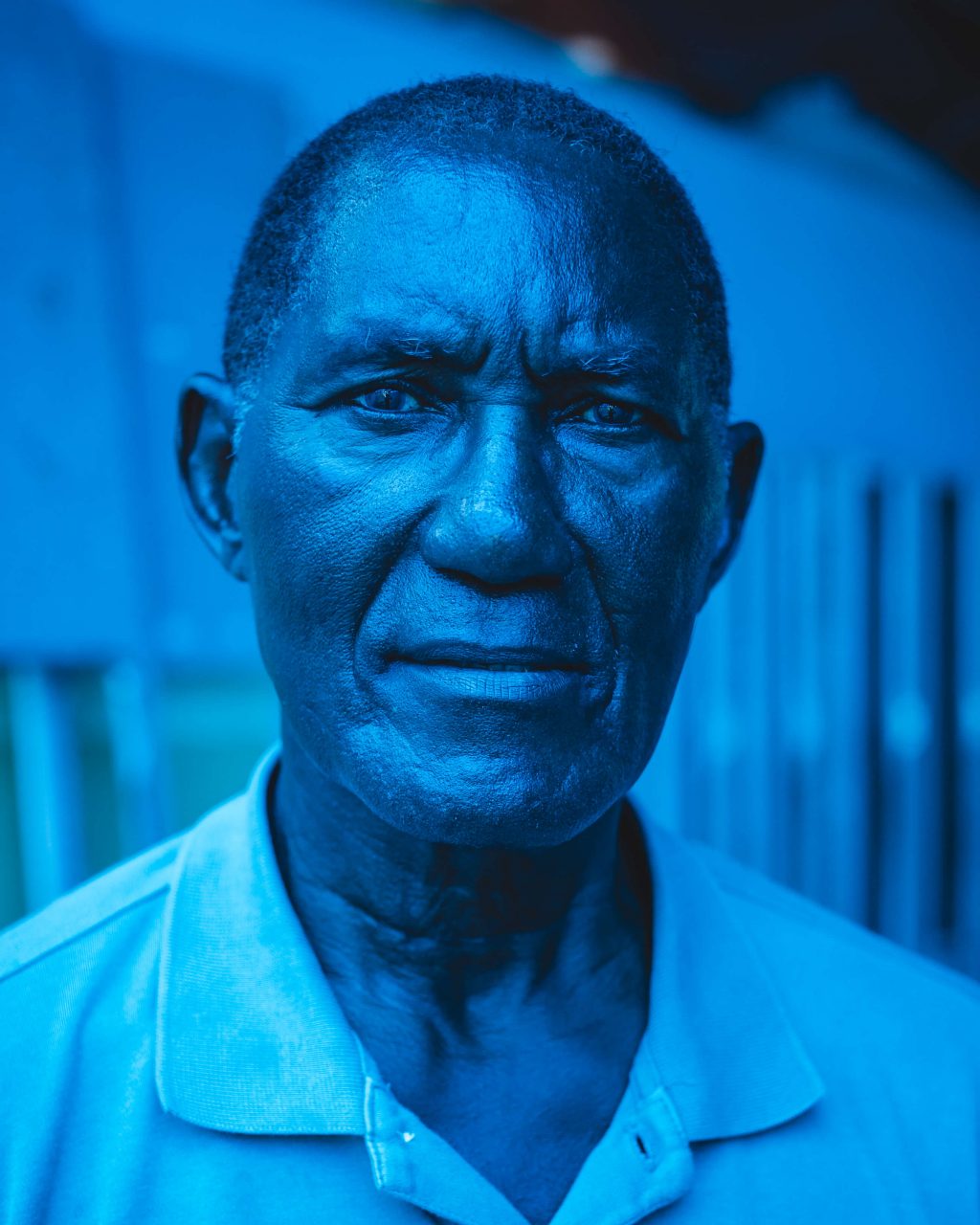 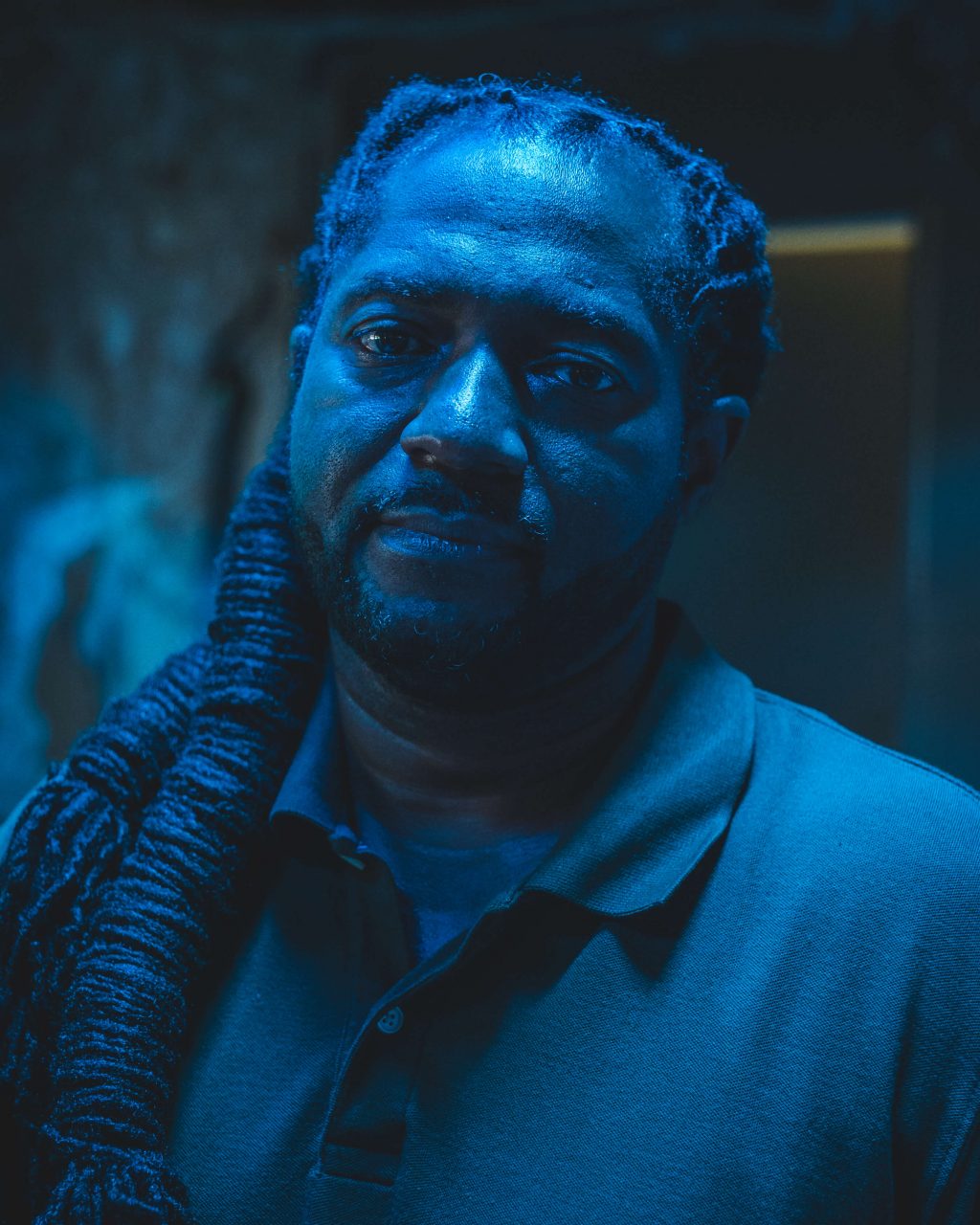 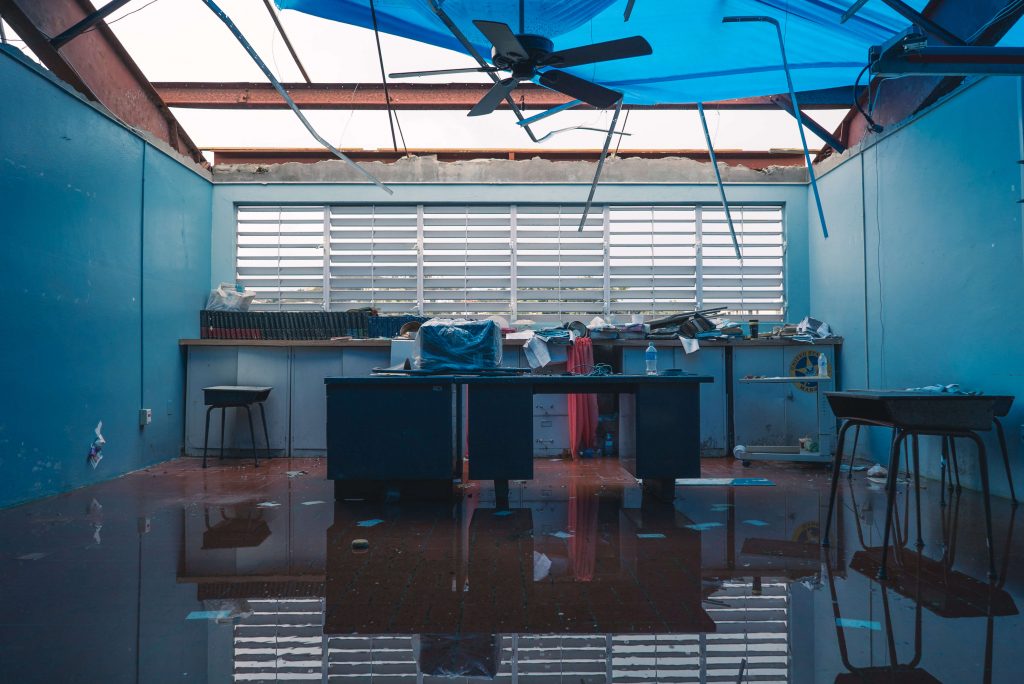 24-year-old Connor is a photographer, musician, and natural disaster relief volunteer based in Cologne, Germany.

“During my time working with the 2017 hurricane relief efforts, I saw firsthand what the effects of climate change look like. Two category-5 storms devastated the Caribbean only two weeks apart, directly reflecting the correlation that climate scientists are drawing between rising global temperatures and the unsettling uptick in storm severity. As our oceans continue to warm– due largely to human influence– we’ll likely see an trend of increasingly destructive natural disasters that will displace millions of people and have lasting effects on local and national economies.

Near the end of my time in the US Virgin Islands, I started shooting a photo-series called “The Blue Tarp Above Us,” a collection of portraits depicting homeowners and school-teachers standing under the blue FEMA tarps that act as temporary roofs. The light that passes through casts a haunting blue glow, unmistakable to anybody who knows what it means. For many, that shade of blue represents the faint sound of water leaking into their bedroom six months after the storm, or the mildewy smell of a house that will never dry. For some, it represents the looming question of where they’ll take shelter as hurricane season begins again. To me, it depicts the future if we don’t act on climate change now.” 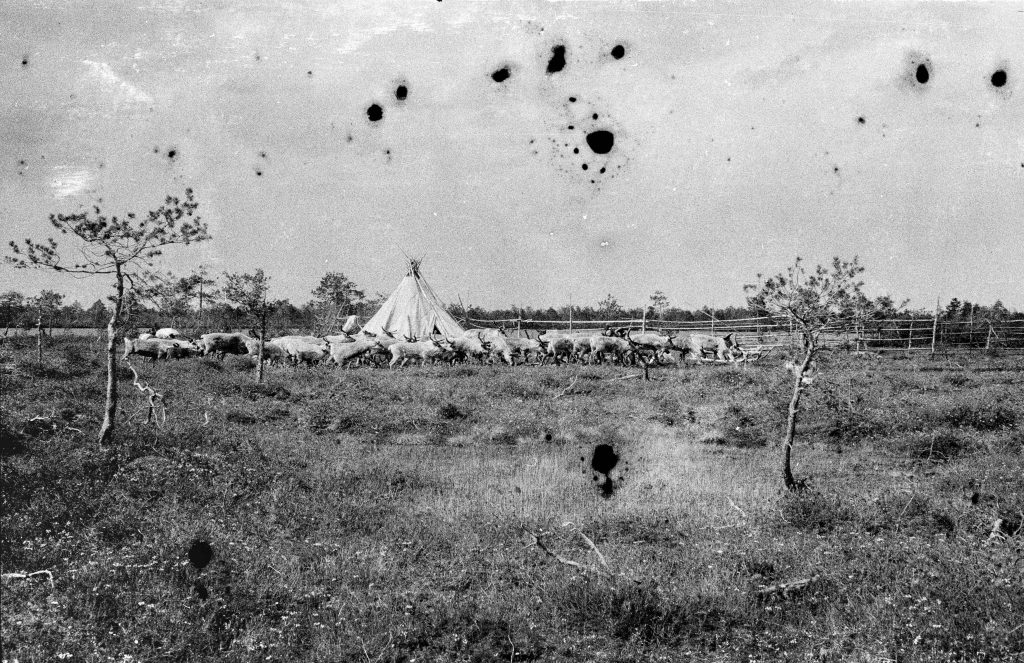 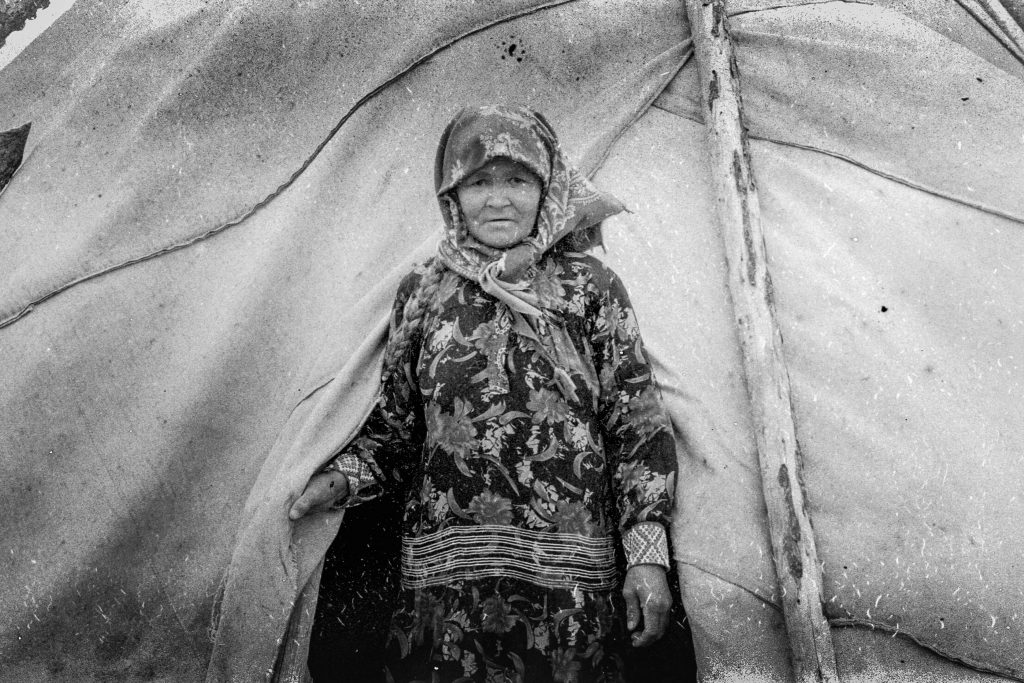 “35mm film, oil-containing liquid from oil spills in KhMAO was used at the stage of film developing . Oil randomly destroys gelatinous “flesh” of film deform it with holes and scratches exactly as harmed environment deformed under the oil spillage.

At the summer of 2018 I arrived to Surgut, KhMAO, Russia as a Greenpeace and #stopoilspill movement volunteer to photograph the devastating impacts of oil production on the livelihoods of indigenous people in the North territories. About 1.5 million tonnes of oil are poured out annually into the Russian landscape, which is approximately twice the volume of what was spilled in the Gulf of Mexico in 2010. About 50% of Russian oil is produced in KhMAO and licensed areas often coincide with the territories of Indigenous Peoples. Local oil workers joke that KhMAO is one large licensed area for oil production.

Near Surgut in Russkinskaya vlg. I met Antonina Tevlina from Khanty people, her mother and father still living an indigenous way of life. Nomads and grazing reindeers at their ancestral territory of about 600 hectares, they faced new problems as oil producers came to their land.”

In addition to pollution associated with oil production, oil companies mount checkpoints on roads leading to oil wells. Because of this, only close relatives on lists can get to the territory of ancestral lands. Some guests of families even have to dress up in national Khanty clothes in case they need to go through checkpoints.

Pollution of water and lakes, destruction of ecosystem, all this leads to a reduction of number of reindeers and endanger the traditional way of life of Indigenous Peoples in KhMAO, such as the Khanty and Mansy people.” 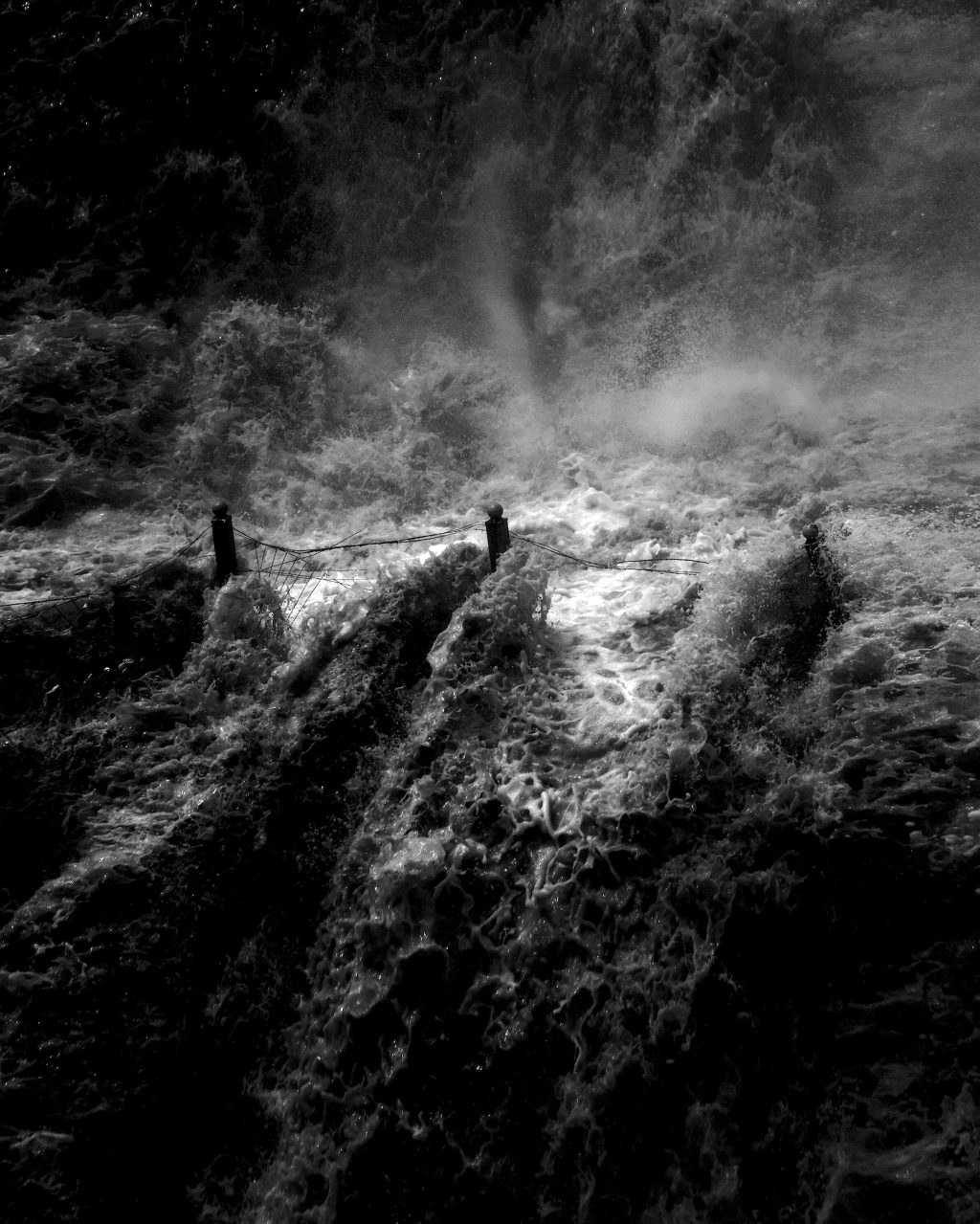 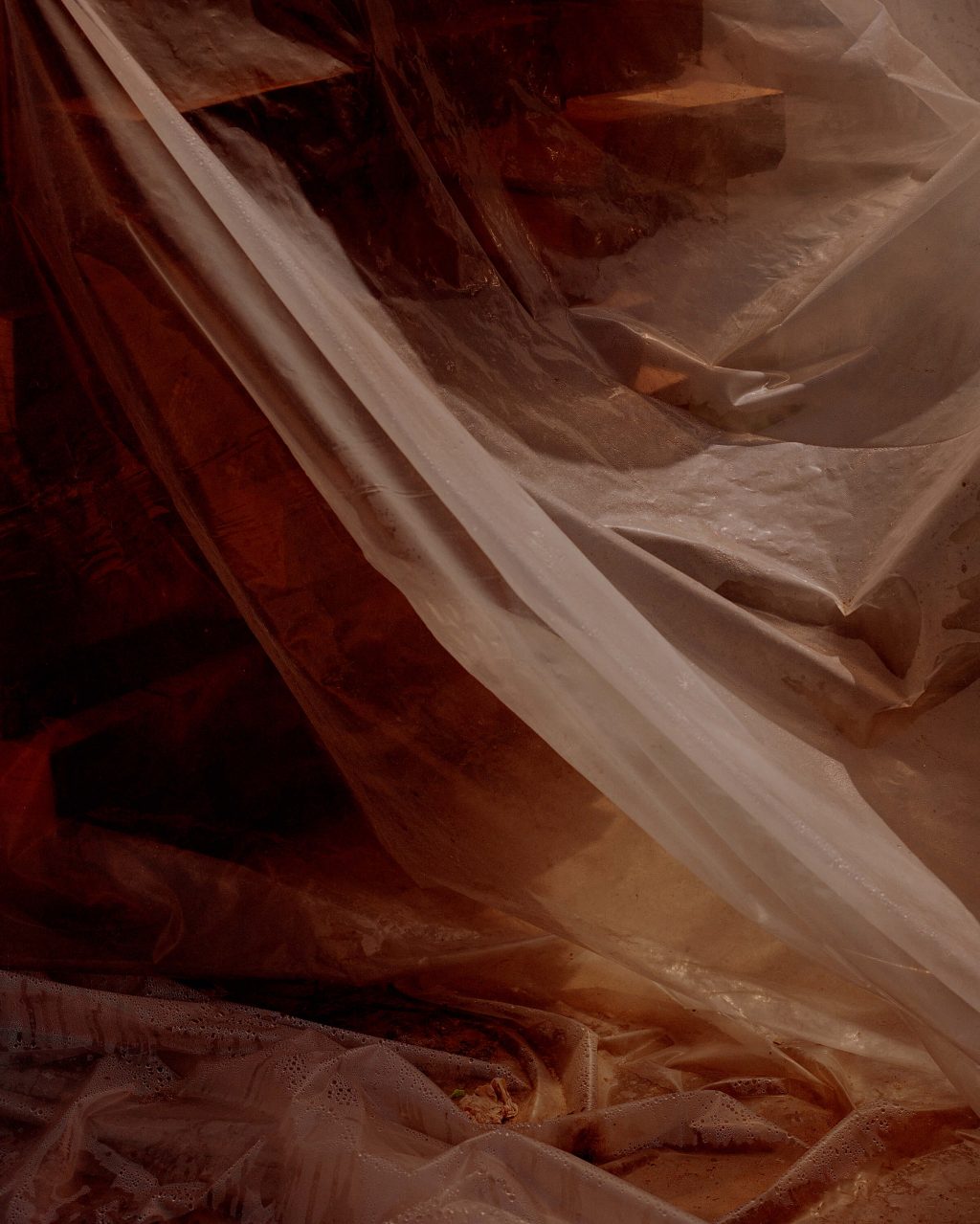 Yiran Wang was born in Shanxi, China in 1997. Having grown up in both Shanxi and Beijing, she has encountered tremendous social, political, and environmental changes throughout China. Yiran graduated from Parsons School of Design with a BA in photography in 2019.

“I spent the first half of my life growing up in the province of Shanxi, a basin surrounded by mountains. Known as the cradle of Chinese civilization, it is also known for its coal extraction industry. Over decades, my hometown has processed roughly half of China’s total coal deposits, and in the 2000s, a few years after my birth, Shanxi was regarded as the most polluted area in China. This pollution has caused significant public health issues, and it was also the key cause of my grandfather’s death. In recent years, most mining sites and factories have finally been forced to shut down by the government. Nevertheless, the vacant and rusted facilities still remain, standing like haunted houses among the mountains.

A personal meditation on nature, the photographs in the series Elegy of The Mountains (2018-19) underscore the tactile and intangible quality of this landscape. Over the course of a year, I returned to my hometown several times with a medium format film camera, memorializing the landscapes as I traveled. I have been particularly fascinated by the structures built to constrain and control nature, recognizing an intricate and subtle tension between man-made and natural landscapes; surfaces and facades of land that have been transformed through human intervention. [For one photograph,] I came across a mudslide and watched the water thundering over the fences recklessly. As I completed the slow journey to the edge of a cliff, I felt the water tumbling right beneath me. It was at that very moment I felt how insignificant humanity is in comparison with the sublime beauty of nature, yet our footprints still continue to cause irreversible damage to the land.”