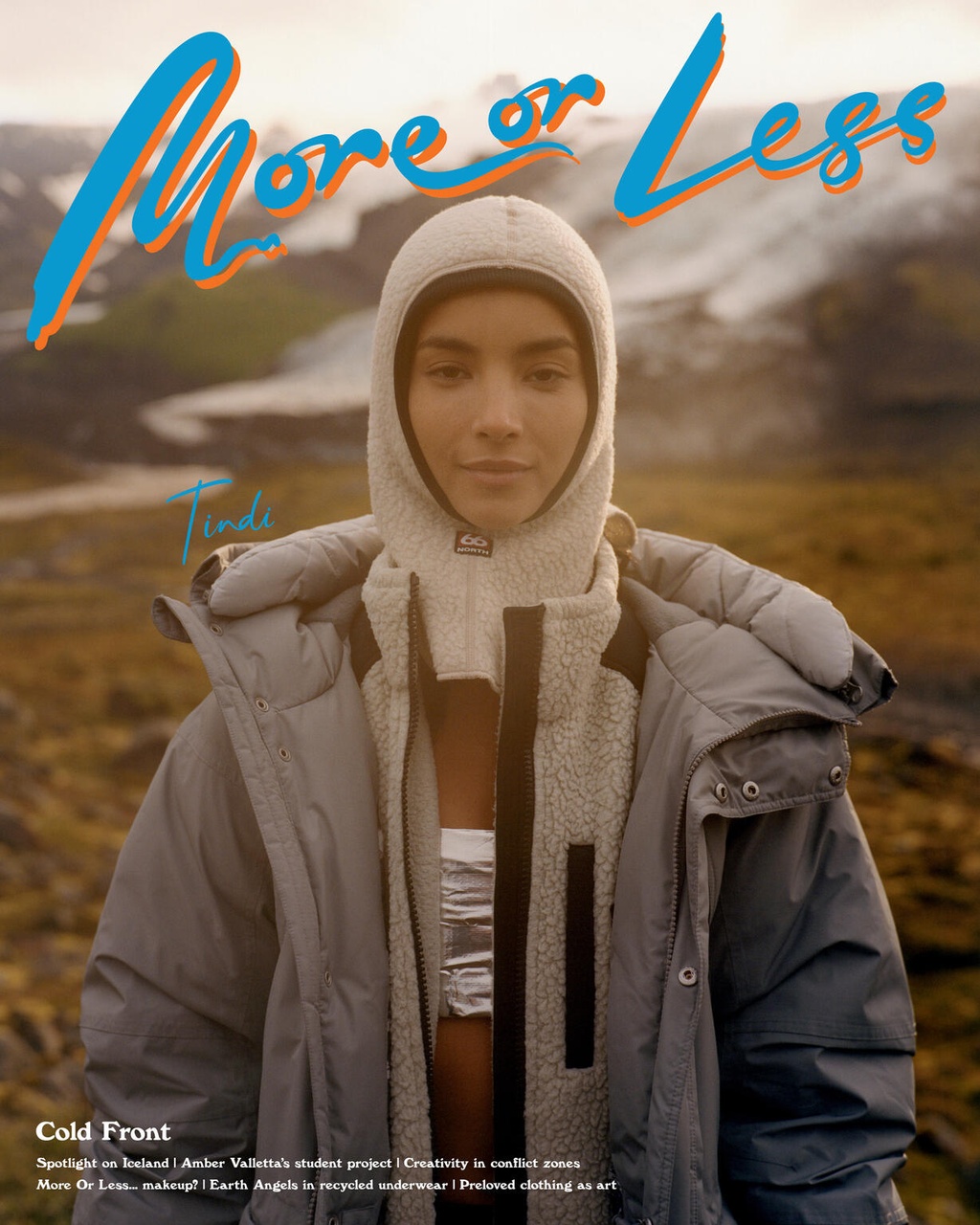 “The glaciers are the thermometers of the Earth and you can see a lot of signs in how the glacier behaves because of the rising climate.”

Colin Dodgson, accompanied by model and climate activist Tinda Mar and local environmental guides, made his first icy expedition to Iceland’s Vatnajökull region (a mecca for sustainably minded mountaineers) to document its shrinking glaciers for More or Less magazine. Amidst the beauty and magnificence, the melting glaciers serve as a stark reminder of the consequences of climate change as Colin recalls, “The photoshoot was also bittersweet in a way, because you know you are participating in something that won’t exist in the future – even some of the guides admitted that in five years they are going to have to get new jobs.”

Glaciers around the world are disappearing at a rapidly increasing rate, posing a threat to millions of people who rely on the ice for water, power and food. These melting glaciers can also increase the occurrence of catastrophic floods and landslides.