Creative Directed by Ferdinando Verderi, the Prada Resort 2020 campaign celebrates the beauty of now. Offering an original take on commercial fashion advertising, the campaign subverts convention and integrates luxury into the everyday. The moving paper images refreshingly contrast the static, distanced campaigns we so often see in magazines and online. 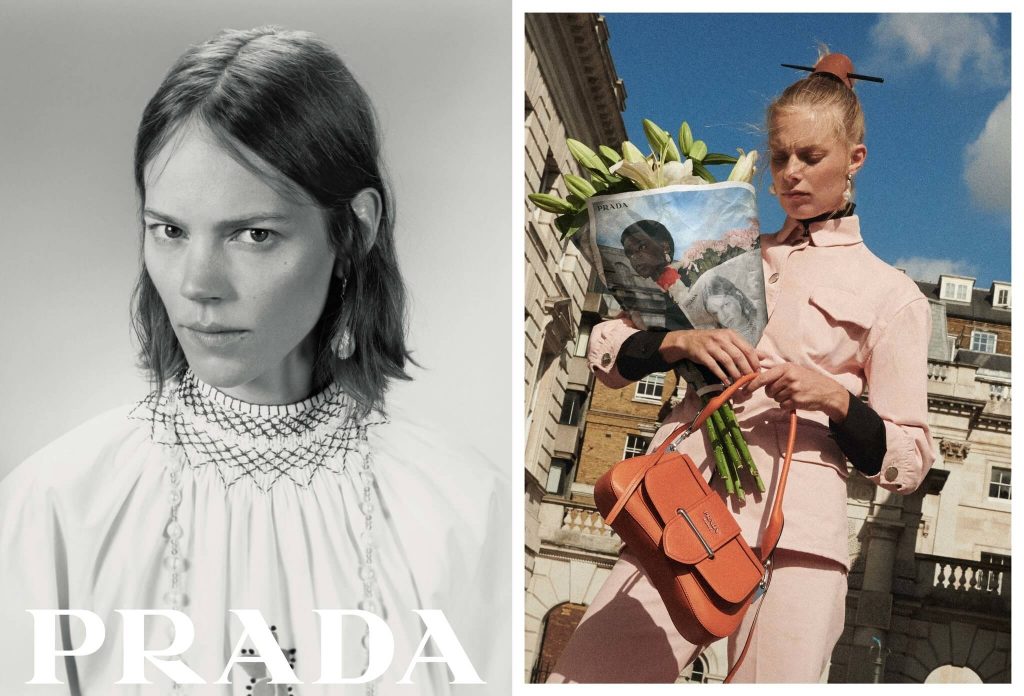 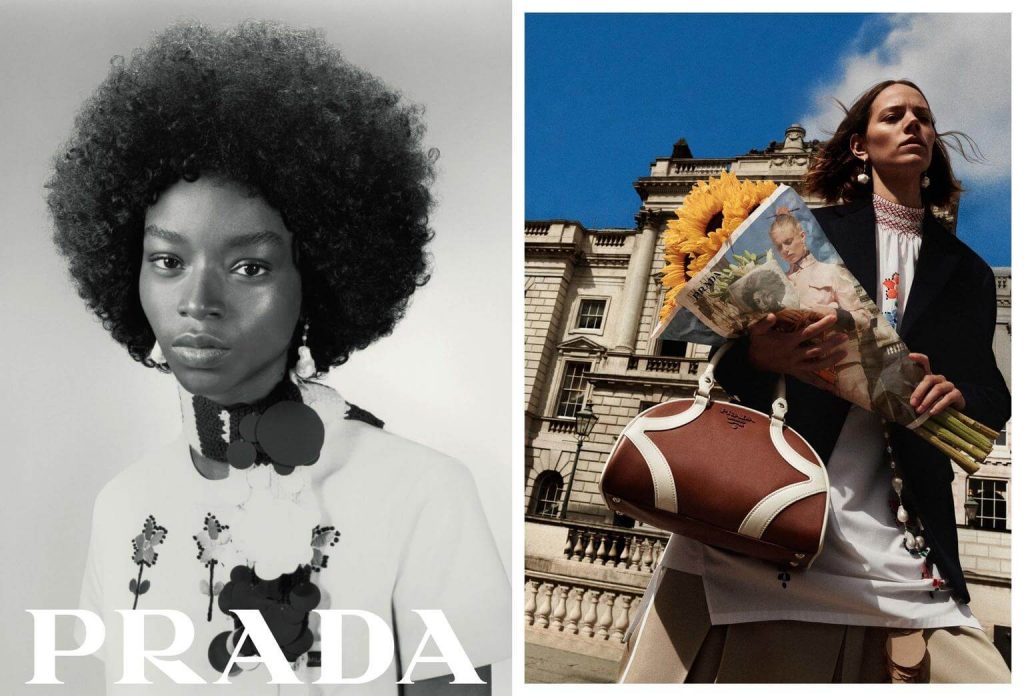 Drew Vickers was one of two photographers selected to capture the Resort 2020 collection. Known for his striking black and white portraits, often placed alongside delicate floral stills, he was the perfect choice.

Speaking on the collaboration Prada said, “New York-based Drew Vickers has drawn international acclaim for composed, calm and elegant portraits that sensitively highlight the quiet and tender human emotion within his subjects. Here, the photographs are as much an expression of the feeling of the collection – a portrait of the fashion – as of the sitters themselves.” 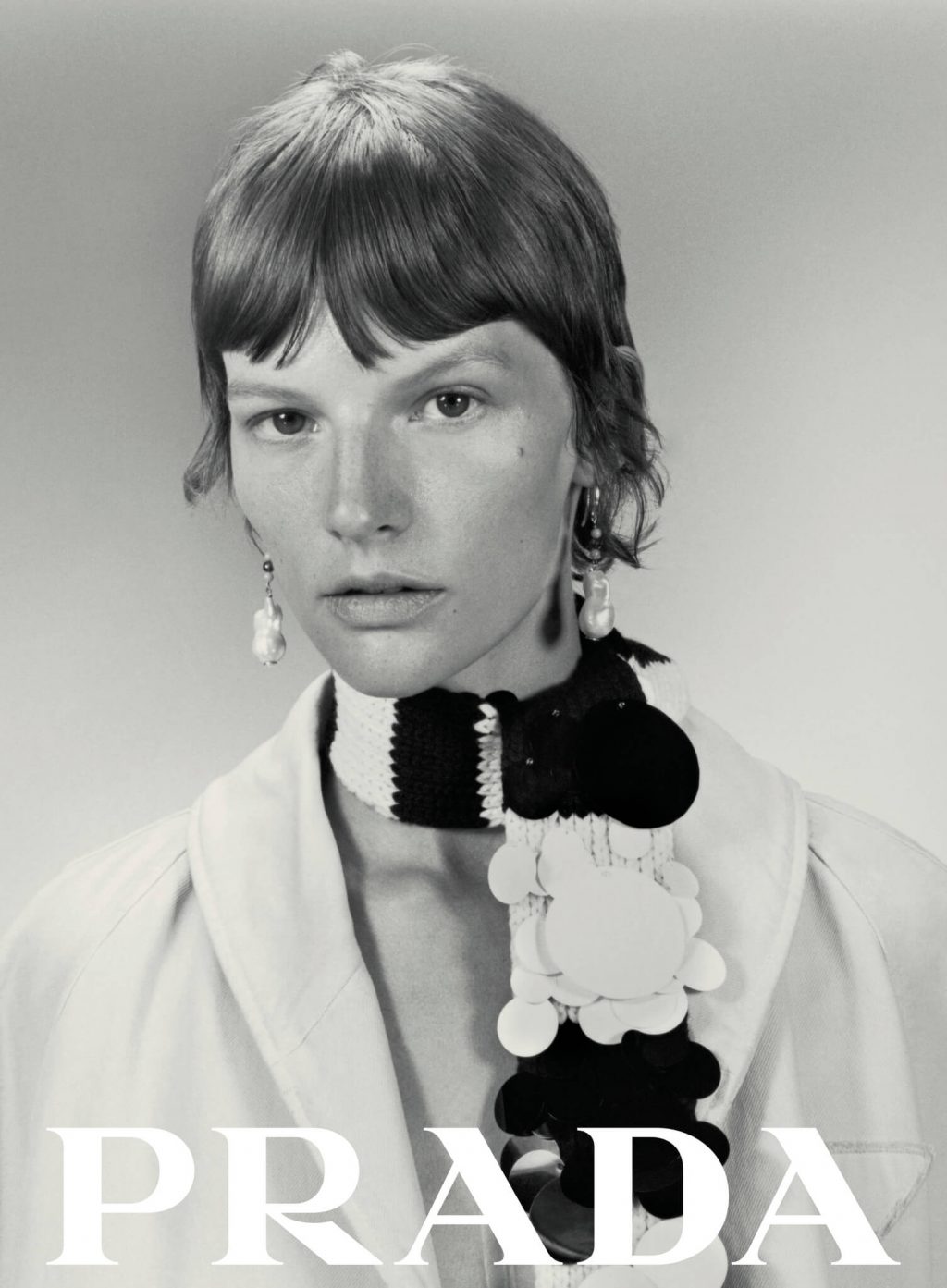 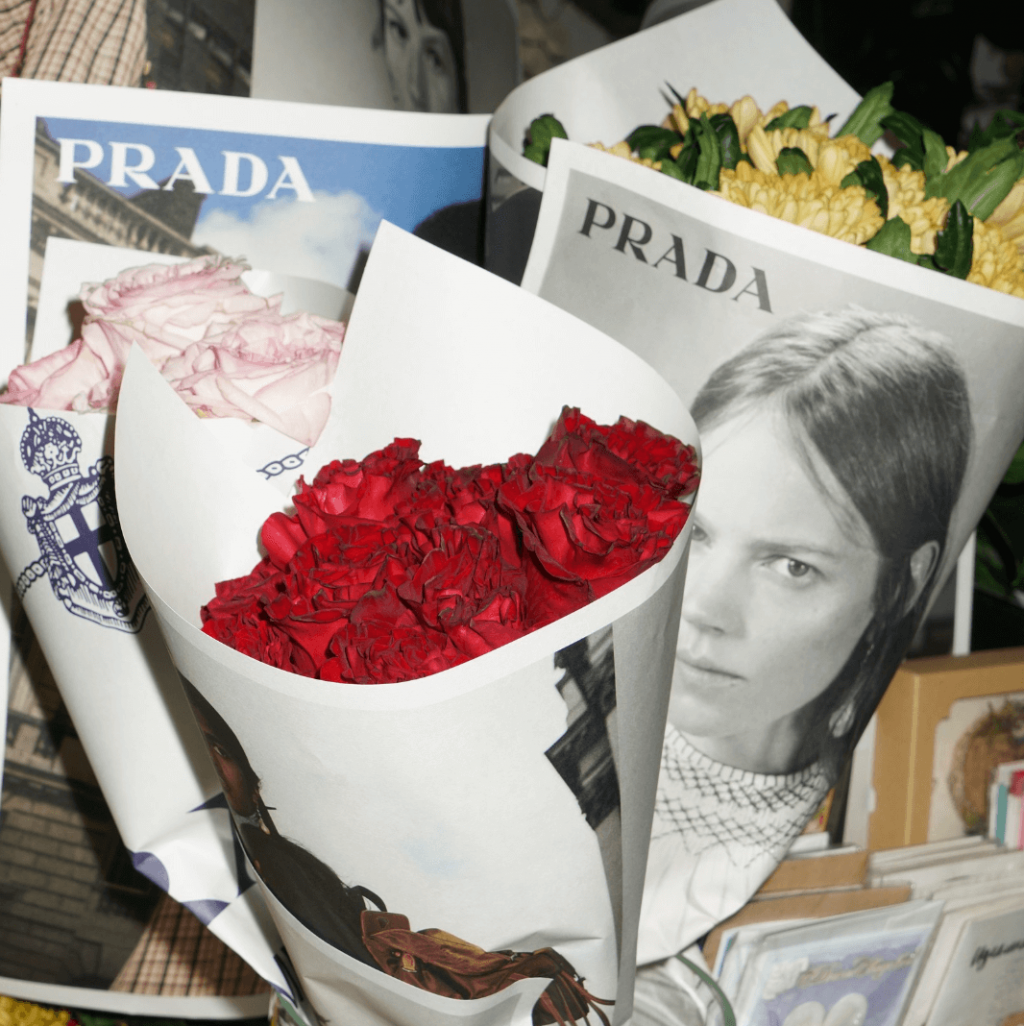 To celebrate the launch of the campaign, selected florists around the world in London, Milan, Moscow, New York, Paris, Shanghai and Tokyo will wrap customers flowers in limited edition, Prada-printed paper featuring images from the campaign.

Hundreds of famous faces across the globe have taken to instagram to share photos of their #PradaResort20 custom-wrapped bouquets, thus spreading the message about the campaign and expanding the social outreach.

In addition to the publicity gained through social media, the campaign has received substantial press from leading magazines including British Vogue, i-D, Dazed, V, and Paper Mag. 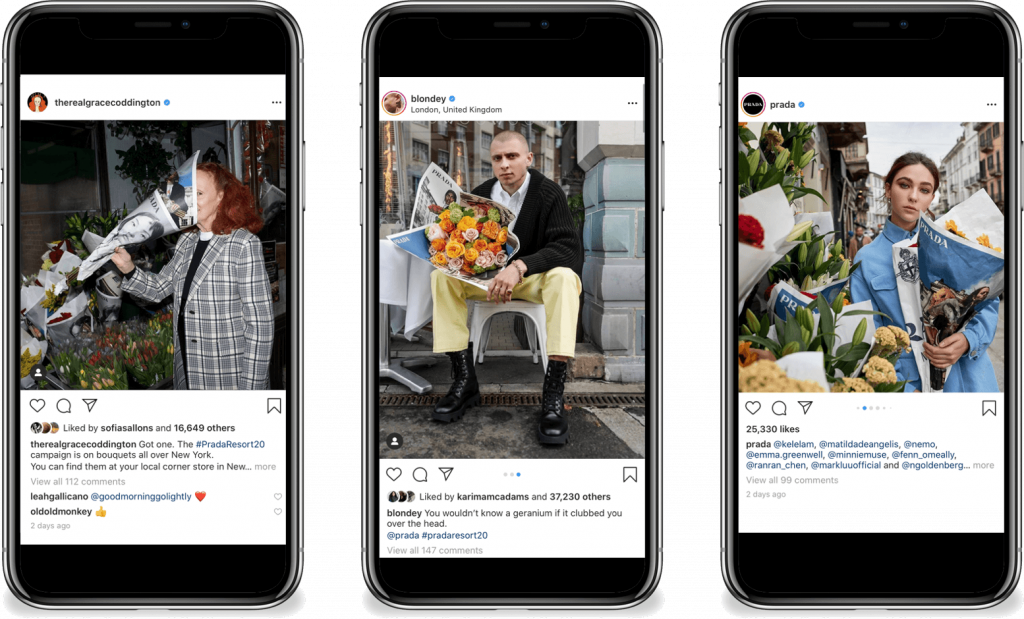