Human emissions and activities have undoubtedly impacted our environment and caused us to lose touch with the natural world.

Launched in September 2019, Flourishing Diversity brought together 30 representatives from 17 Indigenous communities around the globe for a unique series of talks. The inspiring representatives addressed contemporary environmental challenges whilst sharing their wisdom and sophisticated approaches to living in harmony with nature.

An original content series developed by Earth Partner and produced by Art Partner, the series of films shares the important message of these indigenous people, stressing the urgency of the climate crisis in response to the environmental challenges all people around the world face today.

Living high up in Colombia’s Sierra Nevada de Santa Marta mountains, the profoundly spiritual Arhuaco people lived in seclusion for centuries. A delegation of their Mamos (spiritual leaders) came to speak to the Western world to share their messages, world perspectives, and to conduct practices that are needed to maintain balance.

To watch the Arhuaco listening session at The Serpentine Gallery click here.

Marcos dos Santos Tupã is a leader of the Guarani people and lives on the coast of São Paulo State. Tupã was coordinator of the main organization of his people, the Guarani Yvyrupa Commission (CGY) and is a reference in the struggle for the titling of Guarani lands.

Despite horrific violence, invasion and destruction of their ancestral homeland by multiple industries; the Ashaninka’s love for the forest and their culture has fuelled their resilience and commitment to ‘fight back’ by educating loggers and engaging with them to help replant 2 million trees. They share their wisdom to help Western ‘modern’ cultures who have lost the understanding of true wealth.

The Puyanawa people are a community living in Acre State/Brazil who number approximately 800. They have recently gone thorough a process of cultural revival after being stripped from their land, persecuted, enslaved and made almost extinct. In 2001 their land was officially titled with assistance by the Ashaninka people.

The Idu people share sophisticated religious systems managed by the shamans which leads to there being more tigers and other endangered species present on their territories than in neighbouring tiger reserves and protected areas. Many factors currently threaten the continuation of their culture and consequently, the harmony and balance of their lands.

Inhabiting the fragile Kalahari ecosystem for thousands of years as hunter-gatherers, the Juǀ’hoan San have established the Nyae Nyae Conservancy, the first internationally recognised land conservancy in Namibia. ​

At Independence Mr.ǂOma Tsamkxao was elected the Juǀ’hoan Traditional Authority. Deeply committed to egalitarian social processes, Mr. ǂOma has worked tirelessly to promote the institutions and environmental management principles on which the Nyae Nyae Conservancy is based.

To watch the Jul’hoan Khoisan listening session at The Conduit click here.

Originating 500 years ago in the fragile Rajasthani Dessert the Bishnoi are followers of the 29 principles for environmentally sustainable communities, as laid out by their founder Guru Jambheshwar.

In the 18th century 363 of them were killed embracing trees that were to be cut down, which is where the term ‘tree-hugging’ originates.

To watch the Bishnoi listening session at ZSL click here.

Joining the Indigenous representatives in their discussions on the planet were influential figures from the art, business, fashion, politics and film communities, including Benedict Cumberbatch, Livia Firth, Peter Gabriel, Lily Cole and Baroness Young of Hornsey.

Over six listening sessions held at a range of London venues, these Western leaders sat and listened to the sage words of the Indigenous representatives as they promoted their sustainable community structures. 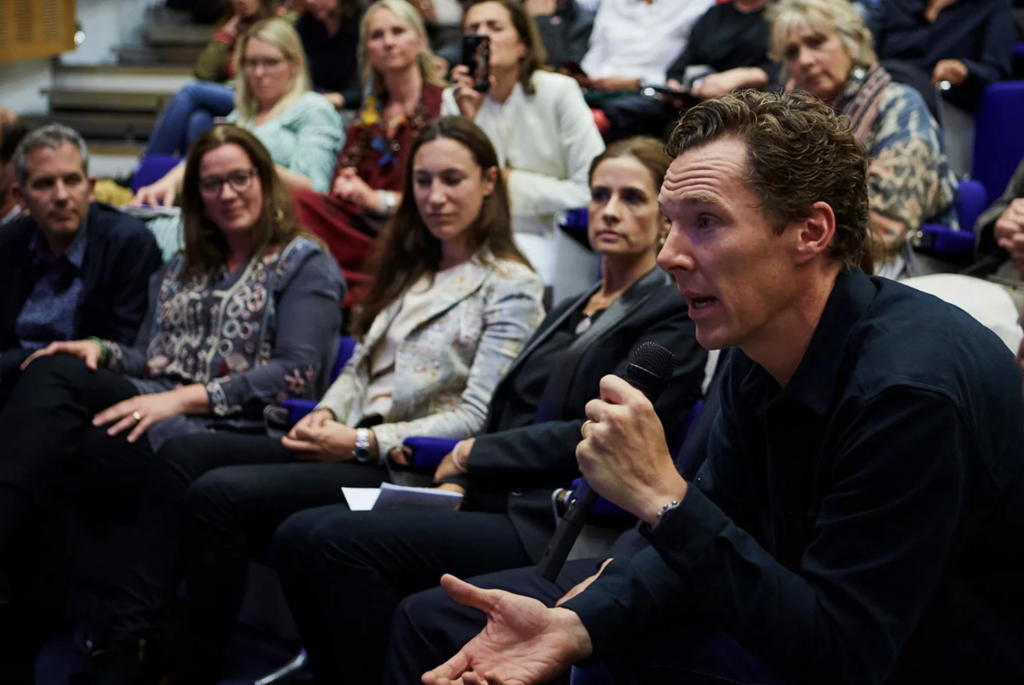 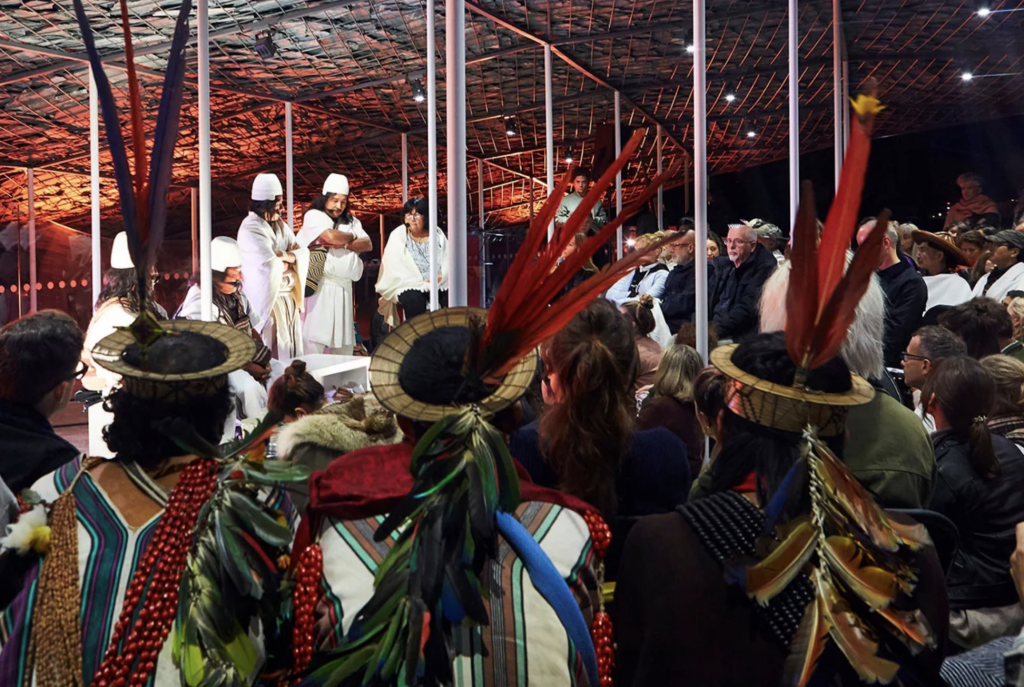