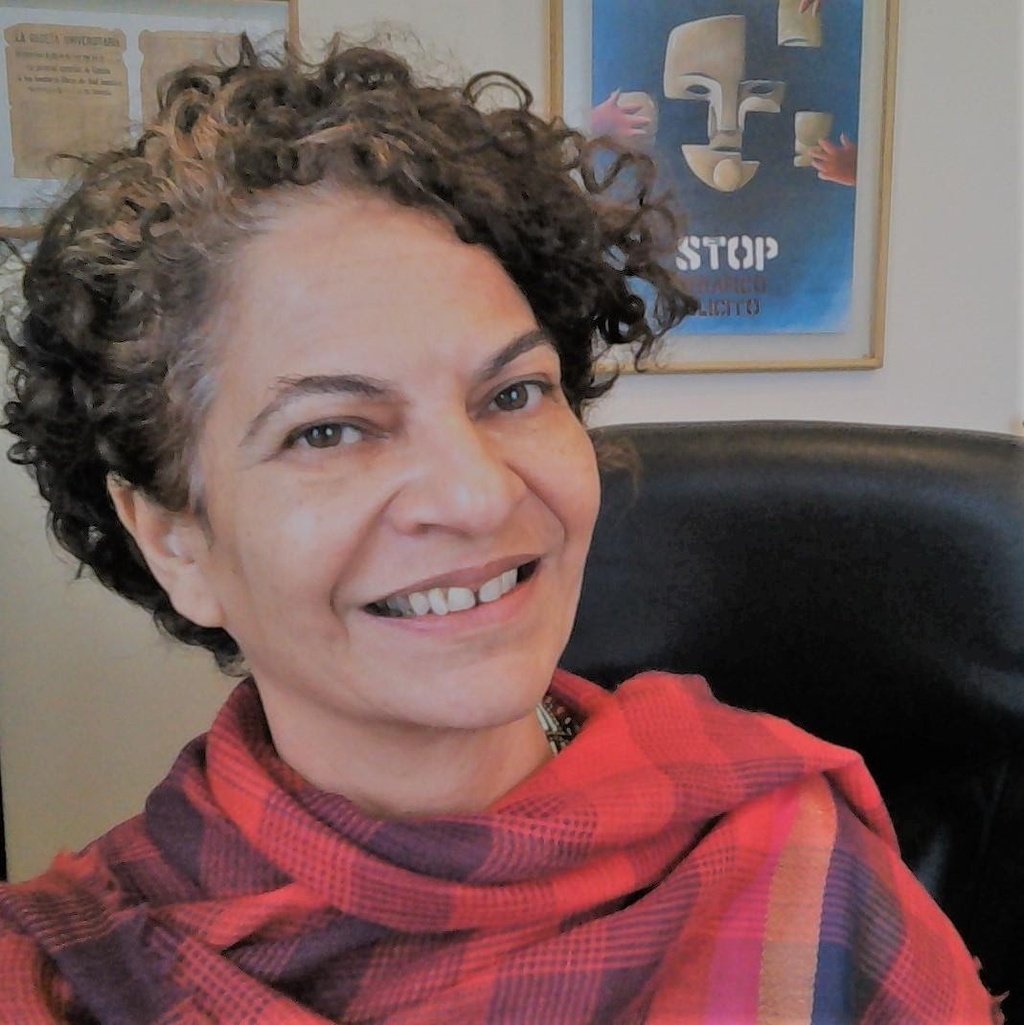 A forest engineer, with a Master and Doctorate in Forest and Wood Sciences from Colorado State University in the USA, born in Mozambique, and staff of Eduardo Mondlane University since graduation in Forest Engineering in 1981.

She has held senior positions in Mozambique such as Vice-Rector for Academic Affairs of Eduardo Mondlane University and Minister for Higher Education, Science and Technology.

Her areas of expertise range from forestry and sustainable management of Natural Resources to Higher Education, Science and Technology policies and programs as part of public policies for sustainable development. She has chaired several commissions and task teams in particular in Higher Education and STI for Sustainable Development.

She co-chaired the Scientific Organizing Committee for Planet Under Pressure Conference in London, a major conference for the preparation of Rio+20, and she has been a member of several international Boards such as African Foresters Forum Governing Board, UNU Governing Board, CHET Board, Stockholm Environmental Institute Governing Board, Biodiversity Governing Board among others.

Currently she is the co-chair of the Organizing Committee for the Open Science Forum for Latin America and the Caribbean (CILAC).

“Despite the fact that Latin America and the Caribbean produce only 10% of global greenhouse gas emissions, it’s a region that is experiencing enormous changes in rainfall, rising temperatures and the frequency and severity of weather-related disasters. The climate emergency is already having devastating social, economic and environmental impacts. From melting Andean glaciers and severe forest fires, to destroying floods and droughts, Latin America faces climate-related development challenges that are unprecedented.”

Han Feng grew up in Nanjing and Hangzhou and received her education from the China Academy of Art. She moved to New York in 1985 and launched her first ready-to-wear collection in 1993.

She made her costume design debut with Anthony Minghella’s Madama Butterfly at the English National Opera in 2005 and the Met Opera in 2006. The production has just joined the Vienna State Opera’s repertoire in 2020.

Han Feng’s clothing design and installations have been featured in major exhibitions at the Victoria and Albert Museum, Neue Galerie and Cooper-Hewitt National Design Museum, among others.

Han Feng finds inspiration in the exploration of refined textures, materials and craftsmanship, and this search led to a partnership with Tai Ping Carpets to create the Han Feng Collection. She has also added her personal touch to the attire for staff at Jing An Shangri-La West Shanghai, Andaz Xintiandi Shanghai and Shanghai’s Amanyangyun.

Han Feng has also long been a champion and collector of contemporary Chinese art, collaborating closely with many artists on exciting discoveries to combine art and design, leading up to the opening of Han Feng Art Space in Shanghai in November 2017 and New York in 2018. Han Feng makes her debut as an artist with her photography collection The Gift at Robert Klein Gallery in Boston in 2021.

“It is important for the next generation of creatives to address issues of climate change mitigation through the lens of their creativity because they will be the ones to face the climate challenges in the future, and they most certainly will have to be creative in a myriad of ways with their approaches. Art is a powerful way to illustrate the problem at the ground-level, and is therefore important to give voice to young artists.” 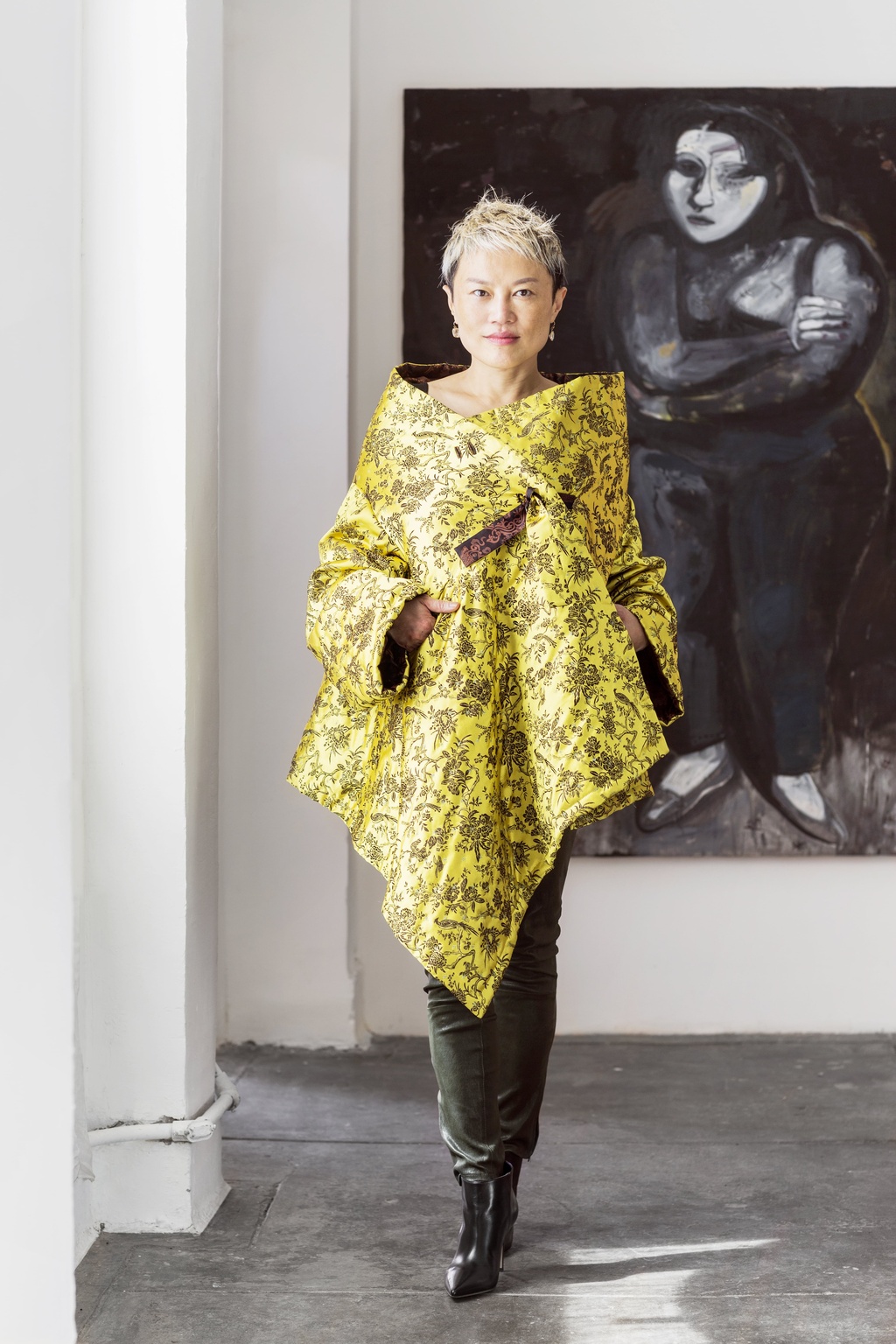 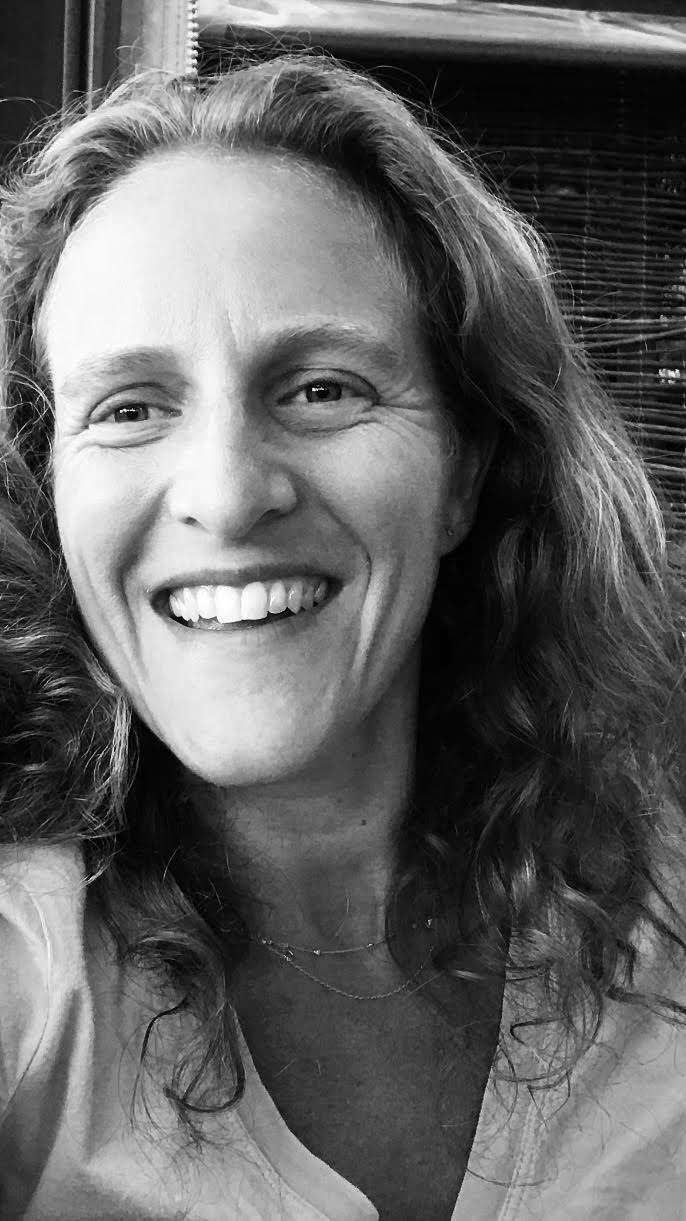 Born in France and raised in London, Candice Marks studied fine art and design at Chelsea College of Art in London, then moved to Paris to earn a Masters degree in Business and Languages from The Sorbonne. Inspired by her love of the arts, and especially of photography, Marks became an important member of the Art Partner family, where she started as an intern in the Paris office in 1997. She was soon working with the best artists in the world.

Marks moved to New York in 1999 where she was responsible for launching the Syndication Division, and after 10 years working in production and coordination, she became an agent and helped to grow the beauty division as well as the division for Artistic and Creative Direction. Now a senior global agent leading Art Partner’s US business, Marks represents photographers, directors, stylists and creative directors.

Marks has led long term client relationships with brands such as Calvin Klein, Ralph Lauren, Estée Lauder, Gabriela Hearst, Versace, Alexander McQueen, and Tiffany, as well as publications such as American Vogue, Harper’s Bazaar and T Magazine, among others.

In addition to editorial projects and artist representation, Marks has been involved in numerous photography book launches with publishers such as Taschen, Rizzoli and Phaidon as well as working on fine art photography exhibitions with galleries and museums such as The National Portrait Gallery in London, Philips De Pury. in London and NY, Thyssen Museum in Spain and the Today Art Museum in Japan.

Marks’ goal and ambition for each of the artists she represents is that they may be fulfilled creatively in all their endeavours, both commercial and artistic and that they be able to develop and express their unique visions to their highest potential.

“Throughout history art, in all of its various forms, has been a means to explore as well as to affect major issues and events. I am honoured to be part of CreateCOP26 whose objective is to channel creative expression from all over the globe to inspire and share ambitious climate awareness at every level and to show the importance of acting now for our future generations.“

Tyler Mitchell (b. 1995 Atlanta, GA; lives and works in Brooklyn, NY) is a photographer and filmmaker working across many genres to explore and document a new aesthetic of Blackness.

In 2018, he made history as the first Black photographer to shoot a cover of American Vogue for Beyoncé’s appearance in the September issue. The following year, a portrait from this series was acquired by The Smithsonian National Portrait Gallery for its permanent collection. In 2019 Mitchell held his first solo exhibition, I Can Make You Feel Good, at Foam Fotografiemuseum Amsterdam where he showed new photographic and video works including his film Idyllic Space. An iteration of the show traveled to the International Center of Photography in New York in 2020. Mitchell published an eponymous monograph with Prestel Random House in conjunction with the exhibition, further exploring his take on a Black visual utopia.

In 2020 Mitchell was announced as the recipient of the Gordon Parks Fellowship, which will support a new project that reflects and draws inspiration from Parks’ central themes of representation and social justice. Mitchell’s fellowship will culminate in an exhibition of the new works at the Gordon Parks Foundation Gallery in Pleasantville, NY. 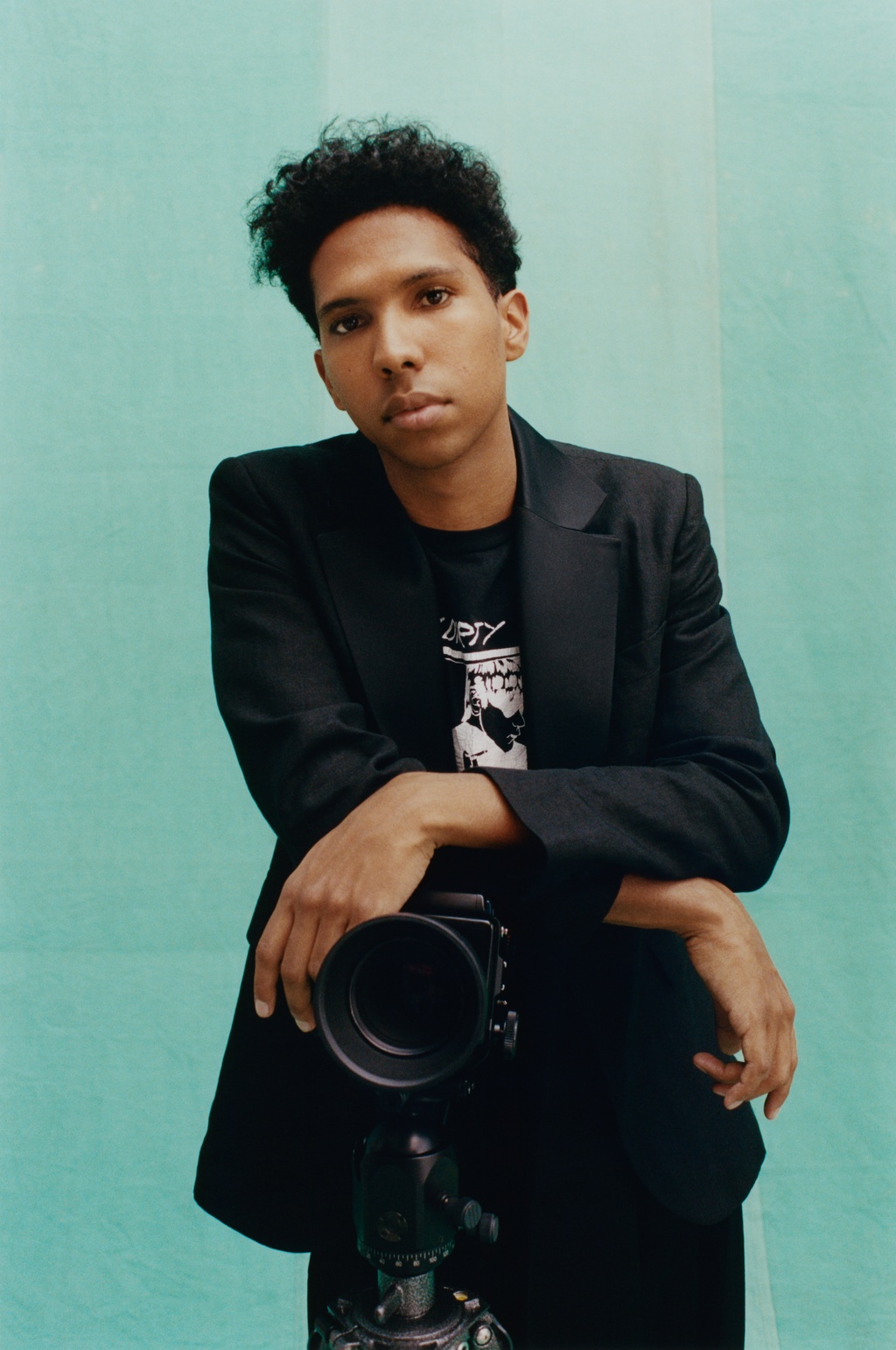 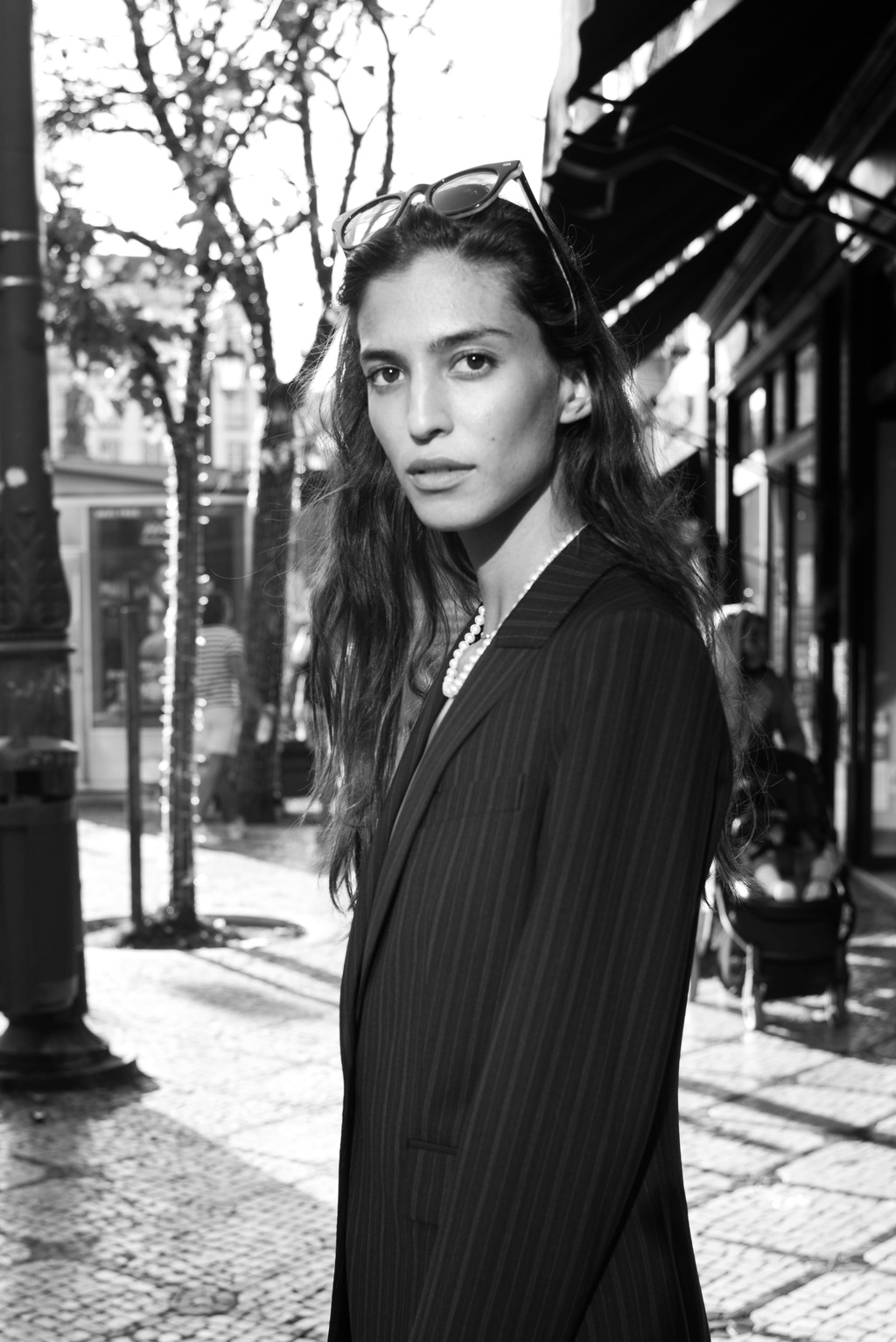 Marina Testino, of Peruvian and Spanish decent, graduated in Fashion Marketing from Parsons in New York. Testino specializes in digital communications and brand consultation, providing marketing strategy and content which merges activism with creativity to instigate value-based change for businesses, people and the planet.

Testino has been a pioneer in consumer-facing messaging around the need for fashion to shift away from linear models towards circularity.  Working through her own channels and by garnering board press coverage, Testino launched the activation #OneDressToImpress in early 2018 with the goal of promoting conscious consumerism by questioning the need to continually buy and wear new clothing. #YellowLikeALemon was launched the following year to celebrate circularity in fashion by encouraging sustainable manufacturing and longer life for clothing through the Four S’s: Simplify, Sharing (or rent), Second Hand, and Sustainable Sourced. In Summer of 2019 Testino developed the activation #WeSeaThrough in collaboration with Ellen MacArthur Foundation and video artist @Danilo, bringing awareness and action around microplastics in the ocean, especially highlighting fashion and beauty’s role in this problem.

Brands such as Stella McCartney, ThredUp, and Levi’s have tapped Testino to help share and celebrate innovative ways in which they are moving towards new supply chains and new business models which are designing out waste and keeping items in use longer.

Through her own activations and by partnering with organizations such as GreenPeace, Lonely Whale, Ellen MacArthur’s Make Fashion Circular, 5 Gyres, Oceana, and by participating in panels and programs such as Fashinnovation, Vogue Minutes, Hypebae Talks, Planeta G ( Green Peace), Design Miami & Whitewall, and recently the Spanish web series around environmental change, Origenes with Jon Kortajarena. Testino is part of a wave of young activists who are finding creative and impactful ways to help transform fashion in particular and consumerism in general.

“If there is something the Pandemic has shown, it is how interconnected we all are; how events in one place can deeply affect somewhere far away. When it comes to the climate emergency this truth is amplified and I hope that through #CreateCOP26 we can heighten the awareness of how our choices and actions affect others across the globe.”

Over the past few years, Ferdinando has been pioneering a new type of creativity for the fashion and luxury industry. His unique, concept-driven process has shaped in-depth strategic and creative partnerships with Prada, Versace, and Adidas Originals, each time tasked with the complete repositioning of the house’s voice and image.

Most recently, Ferdinando has been focused on the publishing world by re-thinking the iconic Vogue Italia publication, with the aim to bring it closer to its original position of industry challenger, creating in the first year a few unprecedented cases in the magazine’s history, including the first-ever completely illustrated issue, involving no photographic production as an ecological statement, the first completely blank cover as a symbol of silence during the height of the pandemic in Italy, and covers drawn by children of 2 to 9 years old to introduce a discussion on the topic of youth during the pandemic. In September 2020, he conceived an issue with 100 covers, each dedicated to one person, each telling the story of their lives in 1 minute and most recently, an issue dedicated to animals in which no fur or leather were featured in the editorials.

His current collaboration with Prada has seen the same progressive mindset come to life with ideas such as that of premiering the 2020 resort campaign wrapped around flowers to be found in flower shops around the world, and later, turning the campaign into a Sotheby’s benefit auction selling unique pieces from the fashion show to benefit Unesco. Most recently, he created an interactive, evolving print campaign that is made of dialogues between Miuccia Prada, Raf Simons and their audience.

Ferdinando’s work has been awarded some of the highest honours in the creative industry, including the Grand Prix at the Cannes International Festival of Creativity, Gold Lions, as well as D&AD and Grand Clio Awards, where he has been the most awarded creative in the fashion and beauty category.

“When it comes to provoking change, one action is worth a thousand words: this program is created to reward ideas which try to imagine new ways to act.” 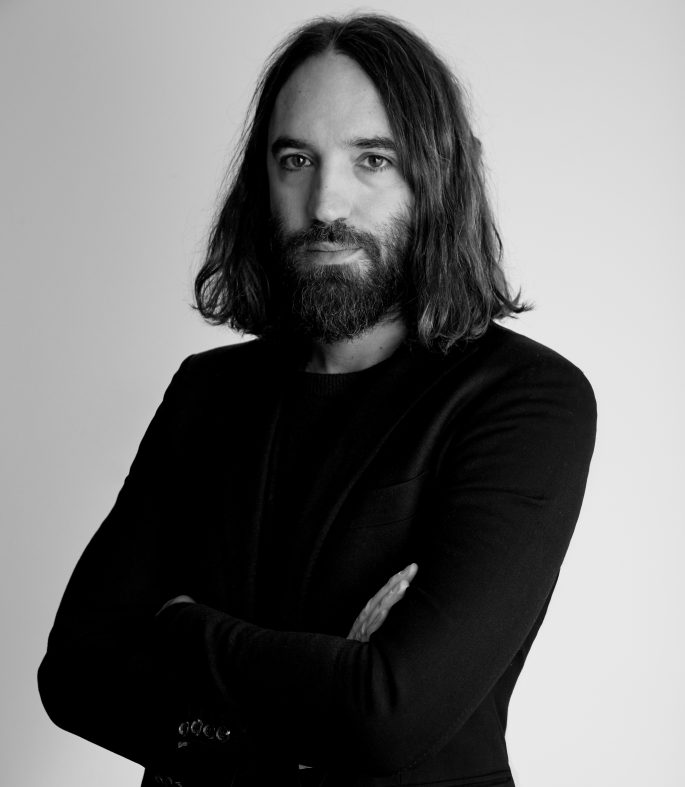 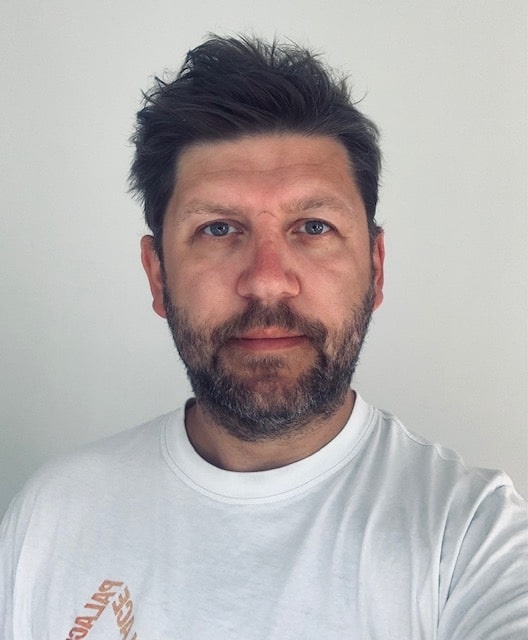 Matt Williams is the Public Programme Curator at Camden Art Centre in London. He has worked with organisations across the UK and internationally, including the ICA, Birmingham International Project Space, Reading International and K11 in Shanghai. He has organised numerous solo exhibitions with artists such as Lutz Bacher, Neïl Beloufa, Zhang Ding, Bjarne Melgaard, Stuart Middleton and Martine Syms. He has developed a unique portfolio of cultural initiatives and interdisciplinary projects situated at the intersection of art and society in conversation with creative practitioners, academics, publishers and independent organisations. He is also a PhD candidate (AHRC) at Manchester Metropolitan University, researching the relationships between sound and countercultural social movements within urban spaces.

“#CreateCOP26 is an opportunity to bring together creative voices from across the globe. Providing a platform to visually share and discuss their personal experiences to understand and counter the numerous challenges climate change brings.”

In 2017 she also became co-creative director of global video channel NOWNESS. Yeh is an advisor to Copenhagen Fashion Summit and Green Carpet Fashion Award and has been using her media outreach to advocate issues related to sustainability and innovation.

She founded the consultancy agency yehyehyeh to push forwards the sustainability agenda among Chinese brands and designers, bringing together sustainability, creativity and innovation to instigate value-based change. 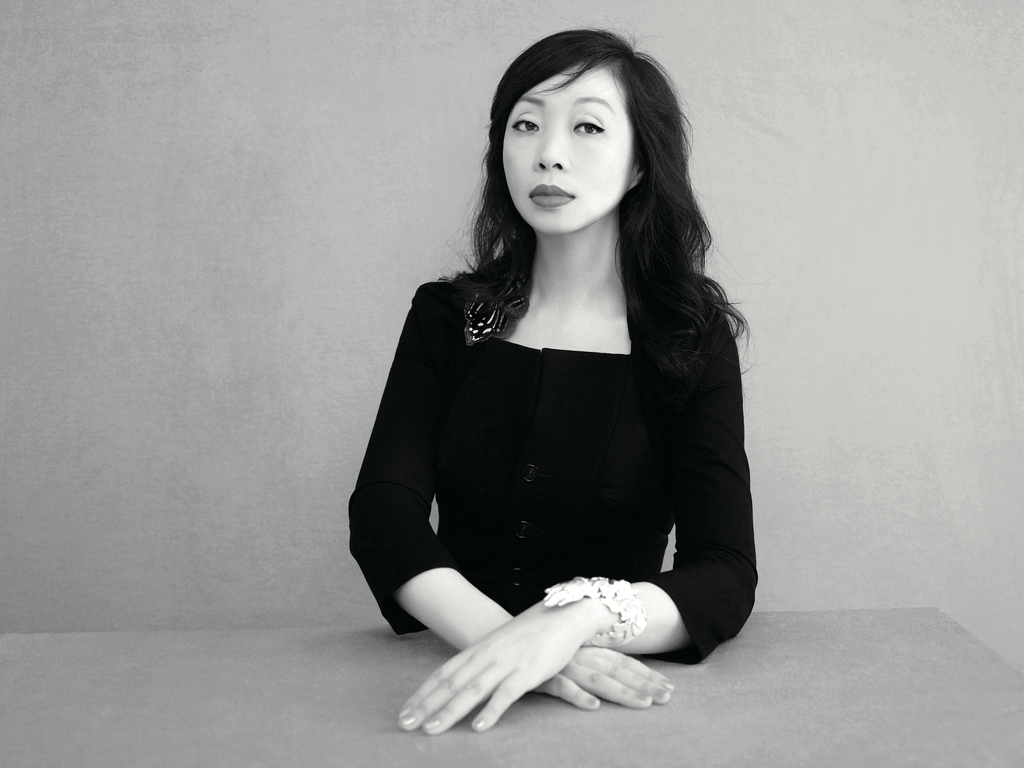