How do you see climate change?

#CreateCOP25 is a contest for young creatives and climate activists to submit artistic responses to the environment and climate emergency. The six most impactful works will be publicized during the United Nation’s COP25 climate conference this December in Madrid. These will serve as messages from the creative community that the time is now for governments to end their contribution to climate change. 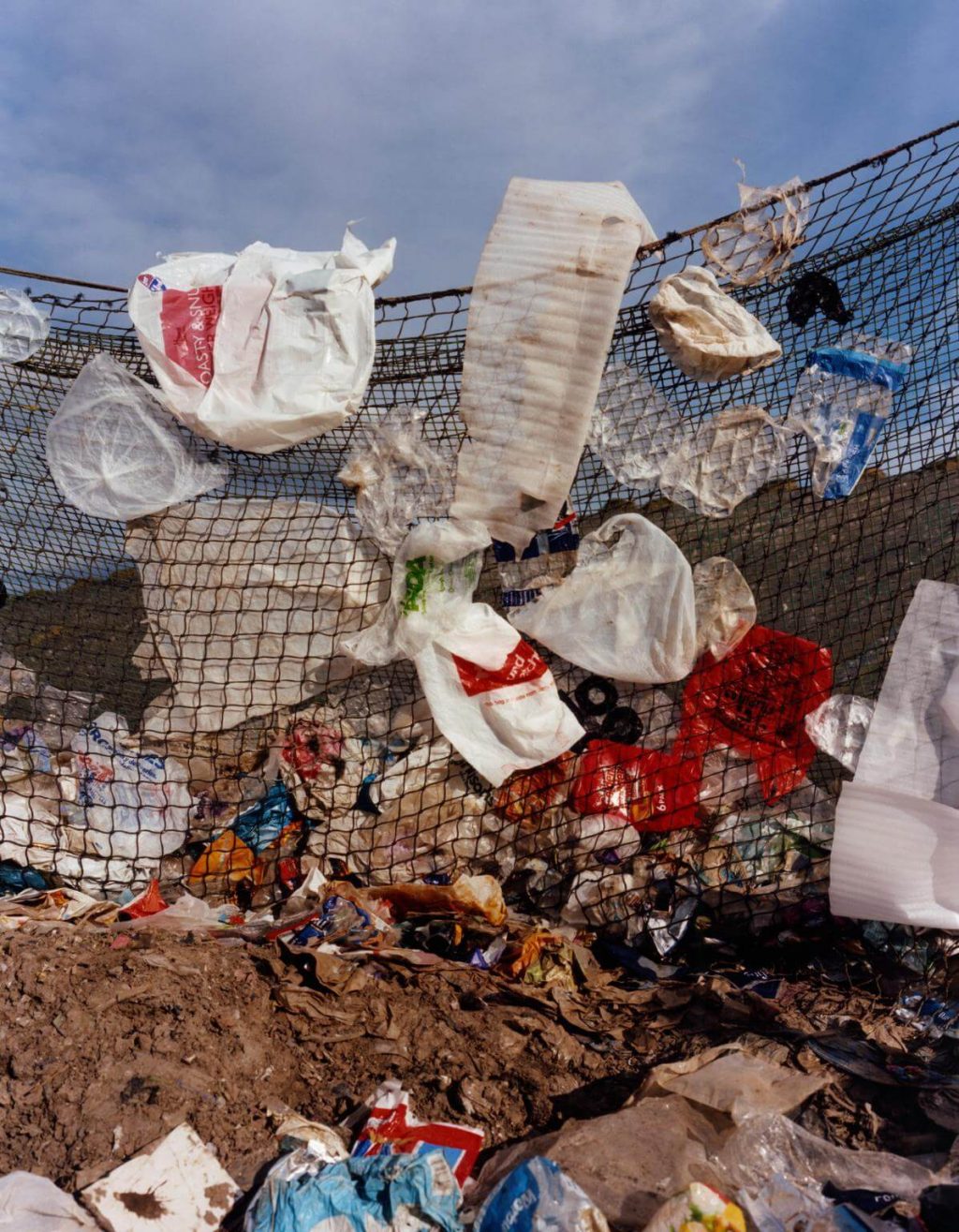 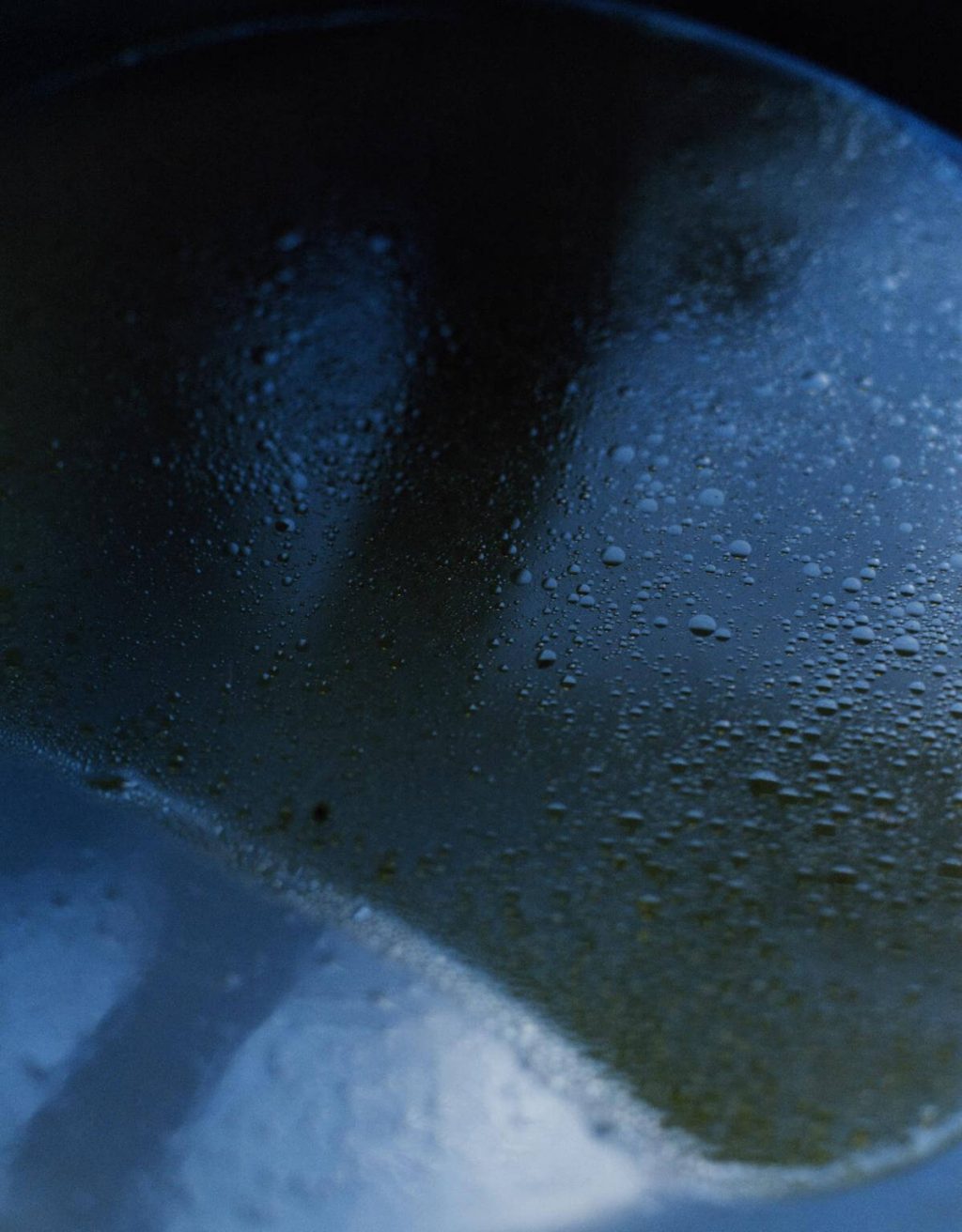 On 2 – 13 December 2019, world leaders will gather in Madrid for the 2019 United Nations climate change conference, also known as COP25.

The next two COPs (COP25 in Madrid this year and COP26 in Glasgow next year) are critical to ensure developed countries end their contribution to climate change and commit to net-zero carbon emissions by 2050. Yet, progress is slow and, for many, the conference remains unknown.

The purpose of #CreateCOP25 is two fold: to raise the public profile of COP25 and to advance the call for climate action from the creative communities.

Submissions will be released in the run up to and during COP25 to remind world leaders that the time is now to act on the environment and climate emergency.

All entrants must be between 14 and 30 years old at the time of submission. The contest is open to participants globally.

Please read the contest rules and procedures before filling in the application form. 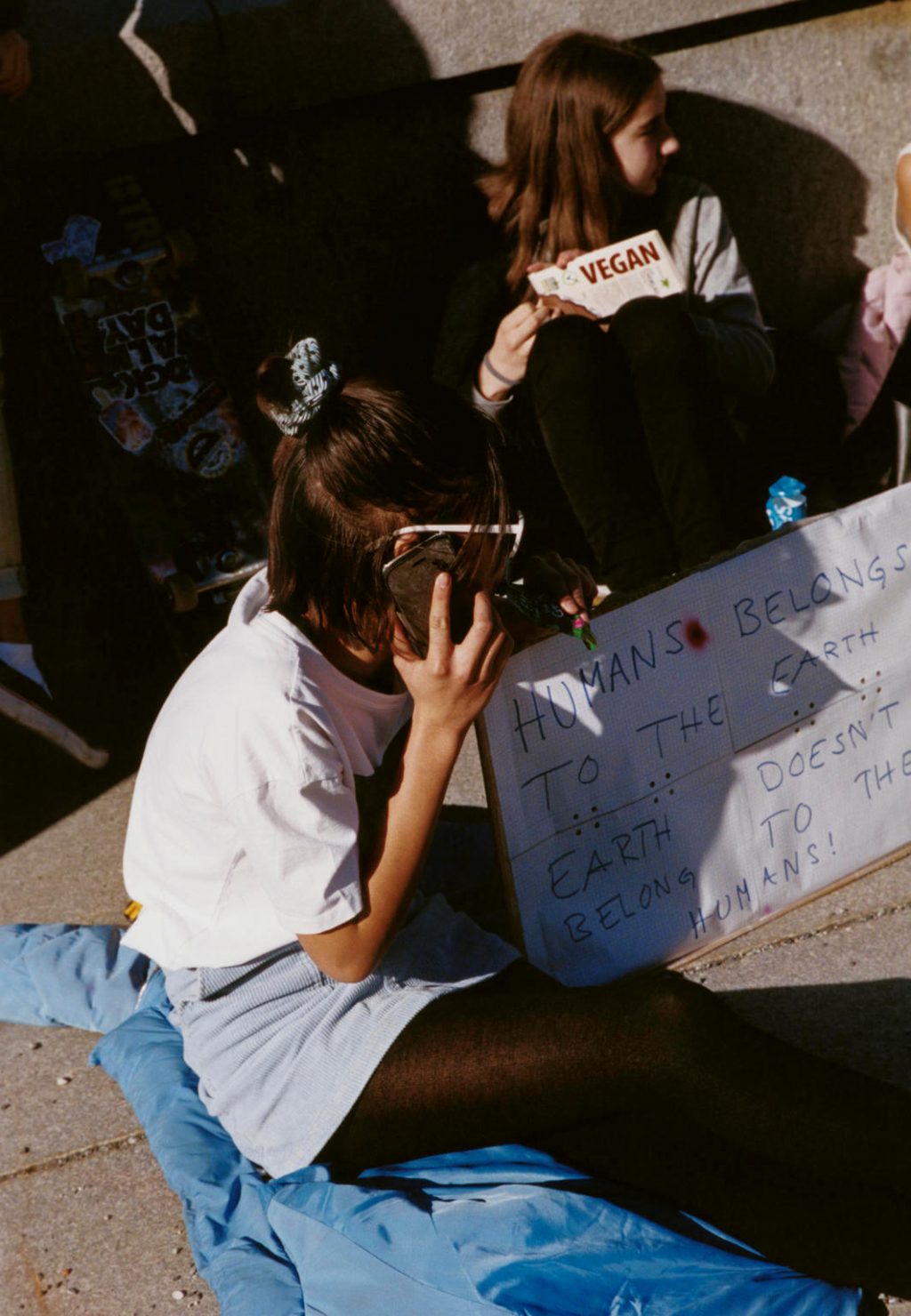 Throughout his career, Francisco Costa has been an instrumental force in defining the look and feel of modern beauty. During his 13-year tenure as the creative director of the womenswear division for Calvin Klein Collection, Costa introduced strong architectural codes and a tactile sensuality to one of the most iconic American brands of the past century.

In 2016, Costa returned to his homeland of Brazil to explore the natural splendor of the Amazon rainforest. Local healing rituals and the untapped wealth of curative native ingredients instilled in him a new sense of discovery and a deep understanding of the urgent need for conservation. The result is Costa Brazil, an eco-beneficial skincare and fragrance line that combines the raw power of the natural world with Costa’s unparalleled eye for beauty. Costa Brazil’s products are made from potent, enriching ingredients found deep within the Amazon rainforest, and created responsibly with the help of local cooperatives and scientists, in the hopes of nourishing the body, as well as the Earth.

An avid environmentalist, Costa serves on the board of Conservation International. Since its launch in December 2018, Costa Brazil has partnered with CI, and continues to work with them to protect and sustain the Amazon, and support its indigenous population. 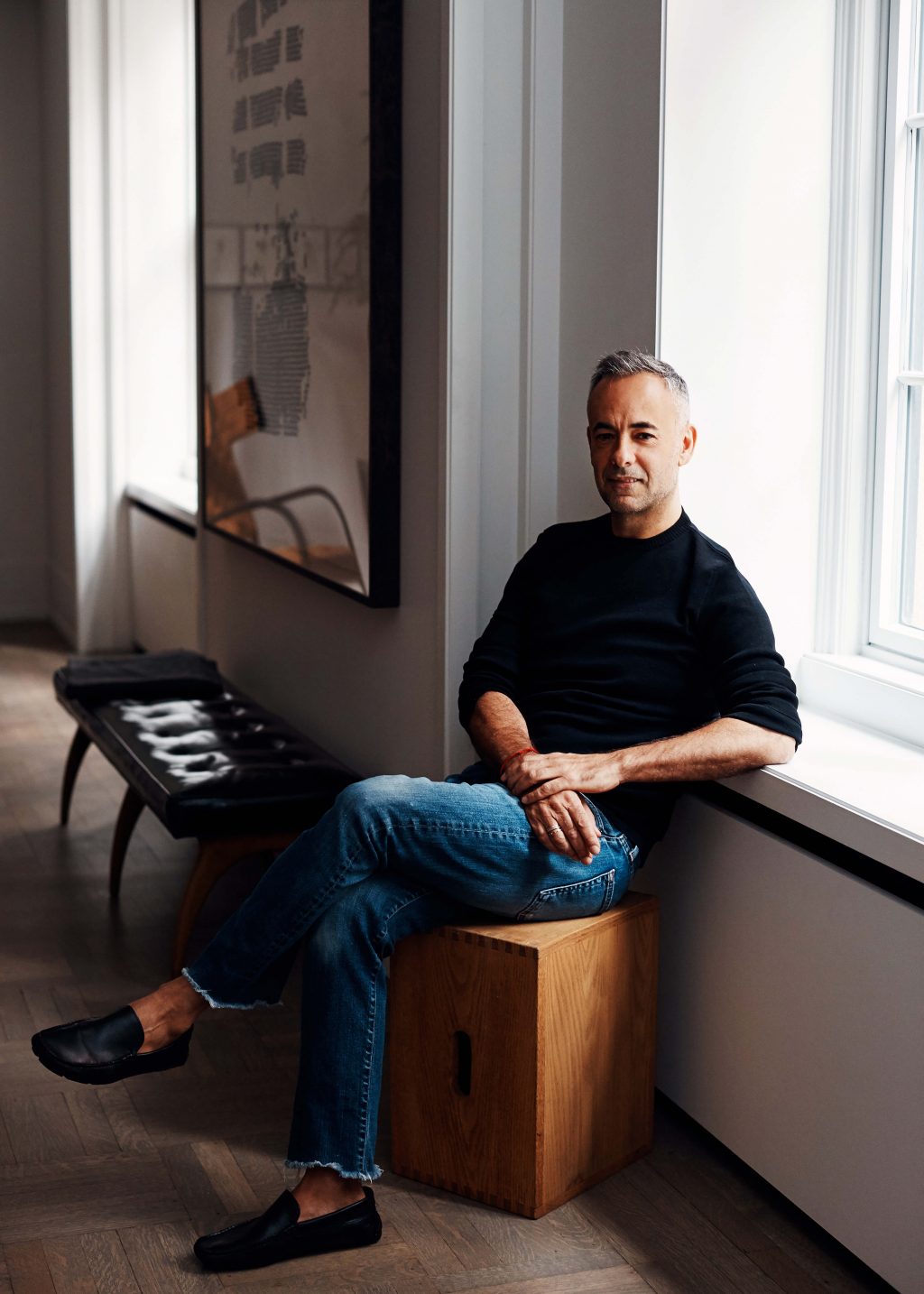 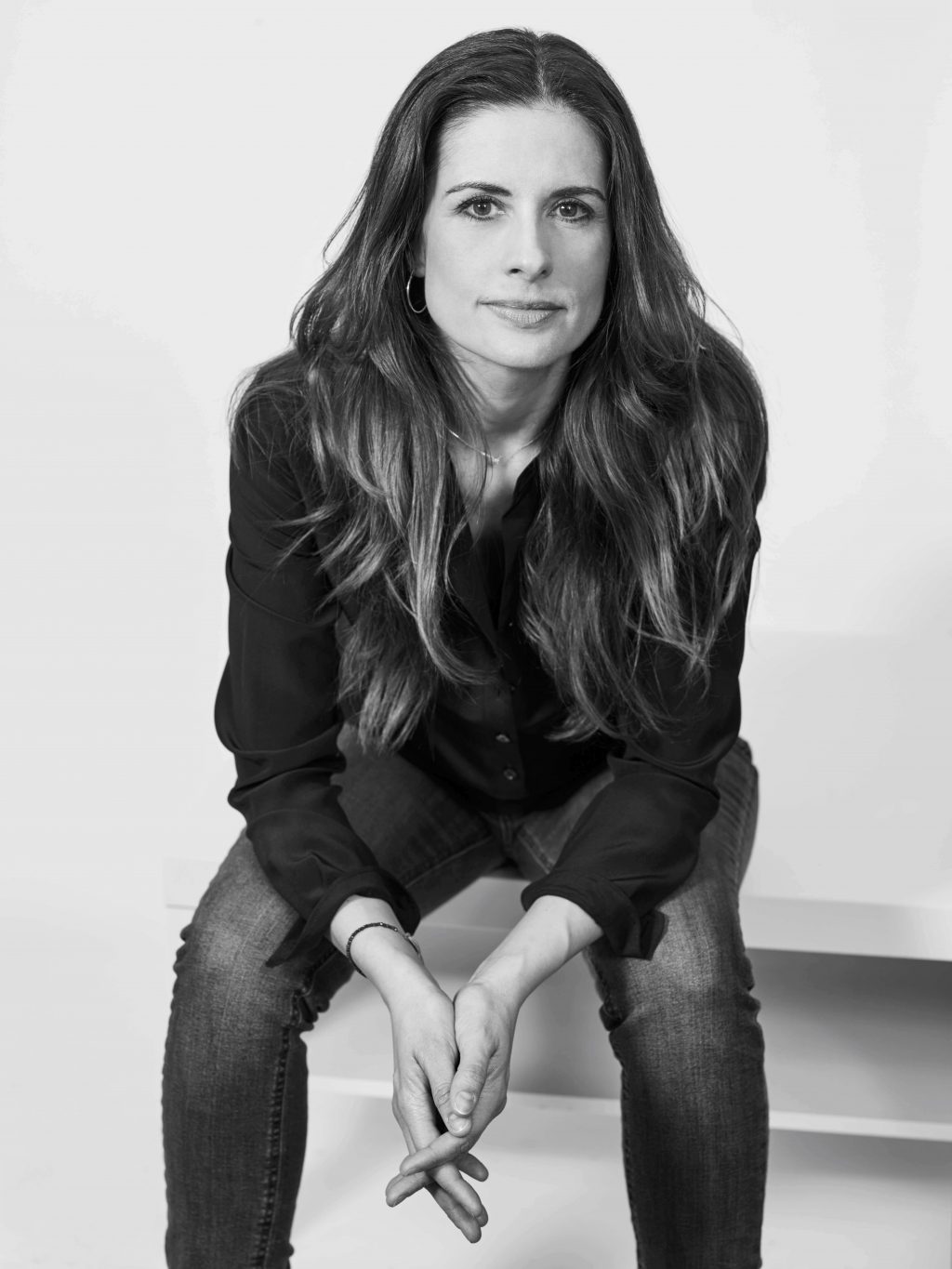 Livia Firth is co-founder and creative director of Eco-Age and founder of the Green Carpet Challenge (GCC). She is renowned for creating compelling frameworks and campaigns for environmental and social justice with global reach. A founding member of Annie Lennox’s ‘The Circle’, a powerful women’s advocacy group, she recently presented the findings of The Circle’s Living Wage report to the EU Commission. Livia is a UN Leader of Change and has also been recognised with the UN Fashion 4 Development Award and the Rainforest Alliance Award for Outstanding Achievement in Sustainability. She is a powerful communicator on progressive change; her keynote addresses include to the World Economic Forum.

Born in Uruguay, Gabriela Hearst grew up on her family’s ranch, Santa Isabel in Paysandu, surrounded by horses, cattle and sheep, where the notion of luxury meant things were beautifully crafted and made to last. In Fall 2015, Gabriela launched her eponymous label with the aim to create a brand that reflects a slower pace and process: where things are made with care and detail, where tradition is more important than trend, where there is a purpose to every piece. Gabriela’s commitment is to make a strong and modern collection without compromising her ethics and key values, taking into consideration where materials come from and who is making them: luxury with a conscience or in other words, “honest luxury”.

Gabriela is the winner of the 2016/17 International Woolmark Prize for Womenswear and the 2018 recipient of the Pratt Institute Fashion Visionary Award. She was nominated in 2017 for the CFDA Swarovski Award for Emerging Talent and in March 2018 received a nomination for the CFDA Womenswear Designer of the Year. In 2018, she was appointed to the board of trustees of Save the Children. 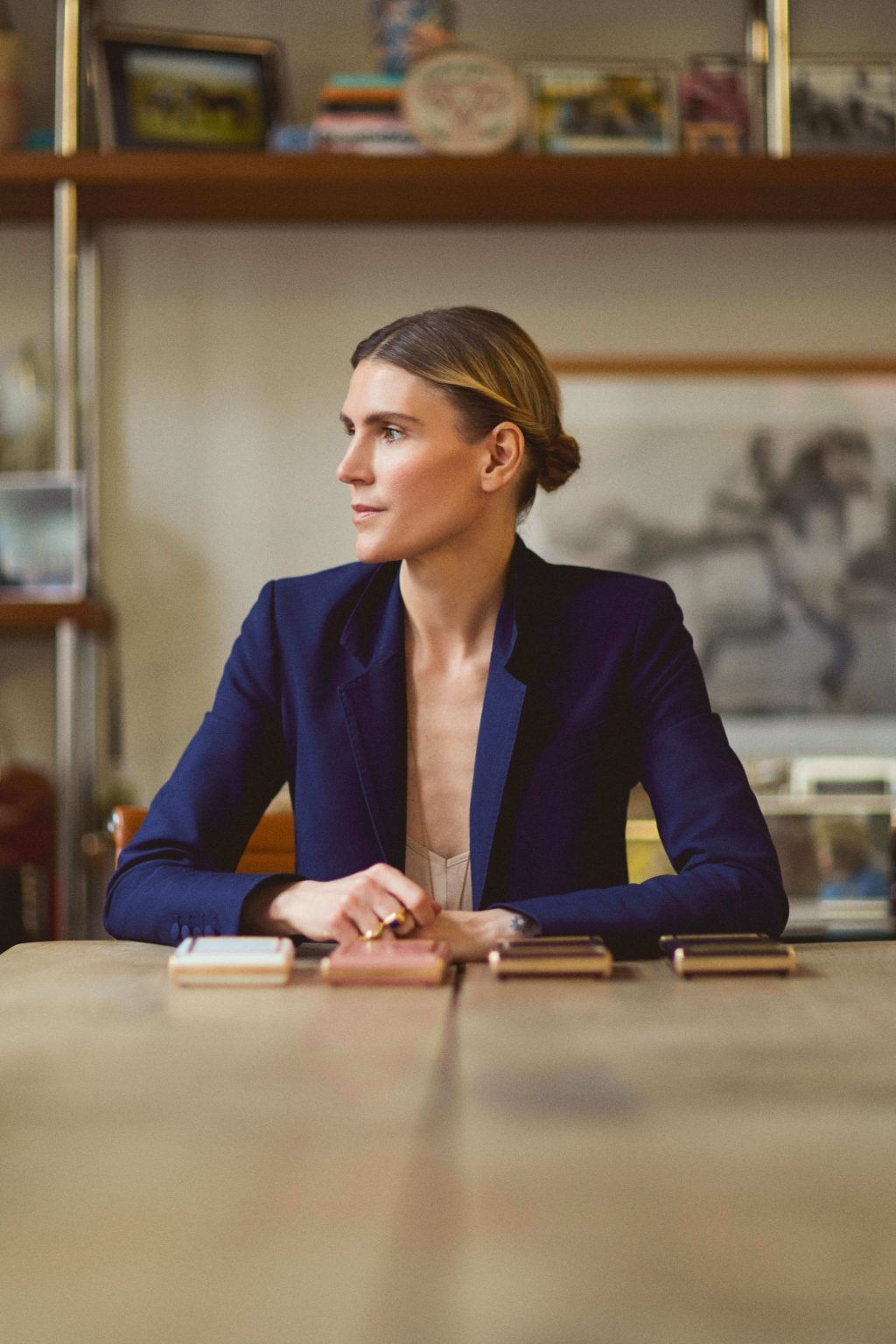 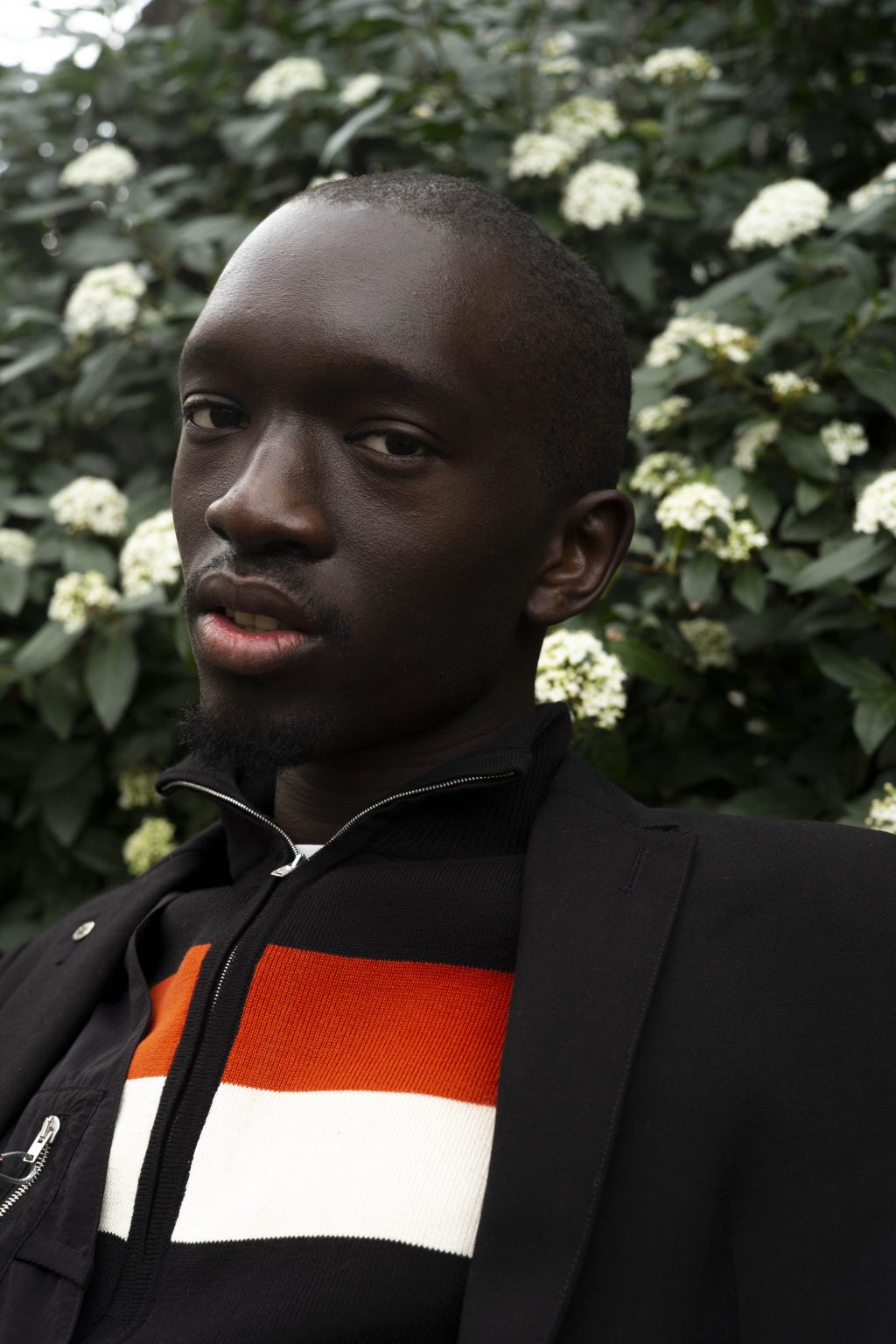 Wilson Oryema is a multidisciplinary artist and writer who lives and works in London. His work primarily focuses on the theme of human consumption and the different ways it impacts human behaviour and the environment, which he explores through various mediums including, text, image, film and exhibitions. This includes his first book “WAIT”, a well-received book of poetry around this theme, for which a sequel will be released at the end of 2019. Aside from his primary theme, Wilson has also been commissioned to produce work for various organisations and publications, including Glamcult, The 2018 Serpentine Marathon, The Guardian, The Fineprint, Wildsmith Papers, Eco-Age, The British Museum, Charles Jeffrey’s LOVERBOY, and more. Wilson is a strong advocate for sustainability in fashion and beyond, serving as a consultant and frequent speaker on this topic.

Since 1992, Peruvian-born Giovanni Testino has led the agency known for its roster of fashion creatives and productions. With nearly 30 years at the helm, Testino has grown Art Partner from a core focus on fashion photography to include styling and creative direction as well as hair and makeup divisions—ultimately becoming an important source of creative talent and content development across fashion, luxury, and beauty.

In 2017, Giovanni and Amber Testino launched Earth Partner, Art Partner’s sustainability initiative dedicated to achieving zero waste zero footprint across all three Art Partner offices and within all of their productions, which total over 1000 projects annually. 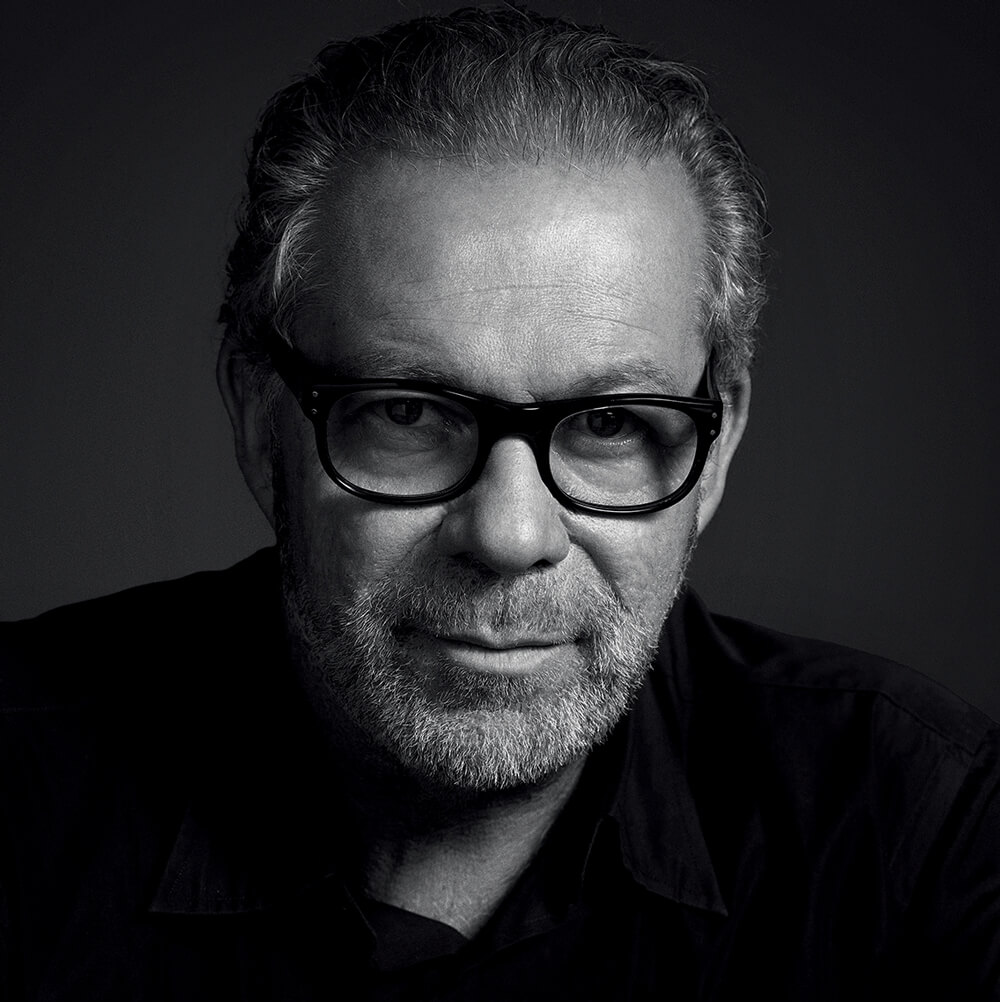 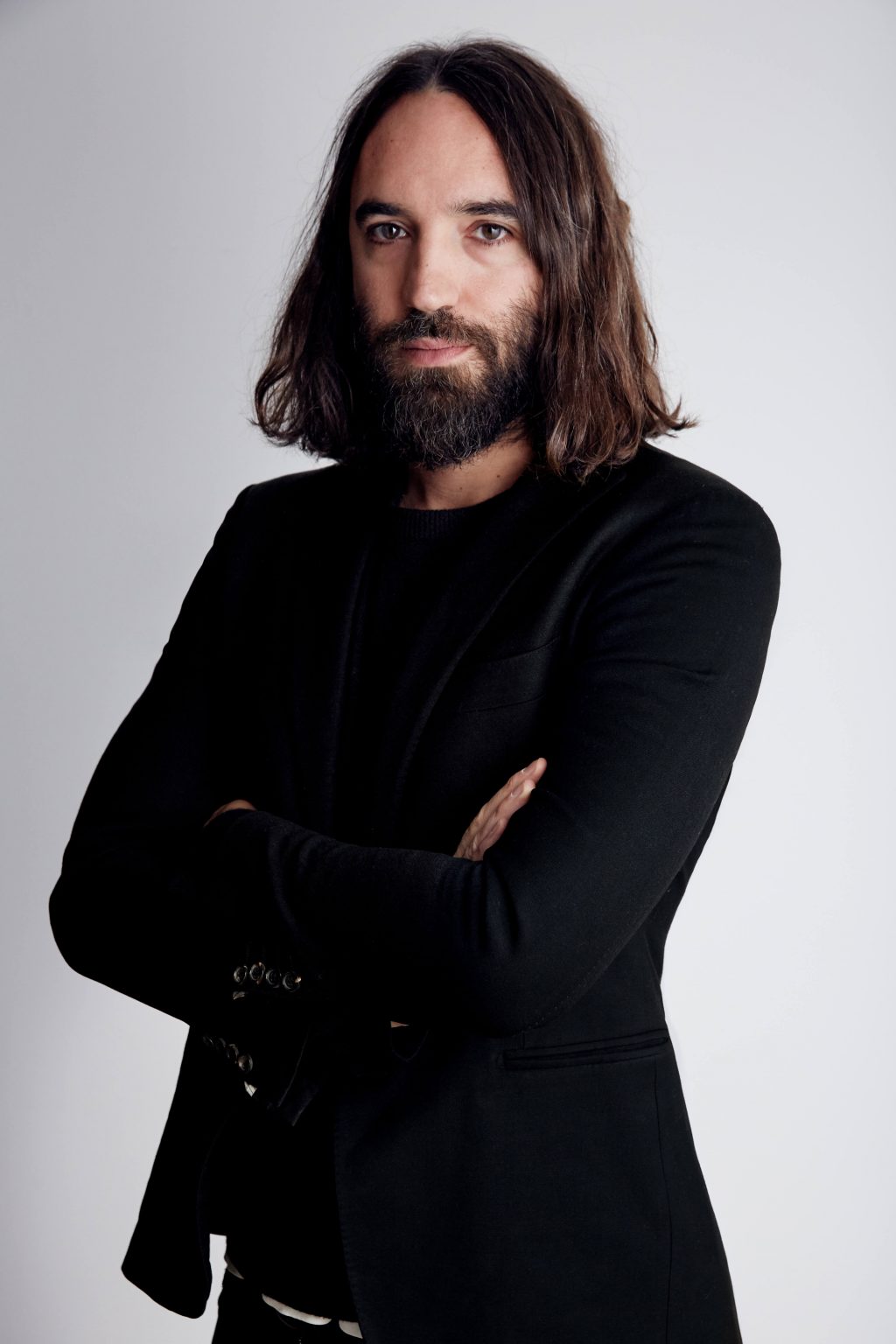 In the past few years, Ferdinando has been pioneering a new type of creativity for the fashion and luxury industry. His integrated ideas-led approach has already led to in-depth strategic and creative partnerships with brands including Versace, adidas Originals and Alexander Wang. His work with adidas Originals created with his team at Johannes Leonardo over the past 3 years has coincided with unprecedented company growth in both scale and relevance and is some of the most awarded work in the industry. He has been awarded some of the highest honors at the Cannes International Festival of Creativity, as well as D&AD and Clio Awards, where he has been the most awarded creative in the fashion and beauty prestige category for the past two seasons. Over the past five seasons, Ferdinando has been working closely with Donatella Versace on Versace’s repositioning, marking the beginning of a new chapter for the house.

London-born photographer and director Harley Weir is known for creating intimate images and films in both her personal work and her acclaimed editorial and commercial work. Her images are often carefully composed with a highly attuned sense of colour, and composition. Having shot many campaigns for luxury brands, compelling editorials and a series of widely acclaimed personal projects, she has become a leading force in the photography and film industry.

Weir’s film “Legs are not Doors” made her the top winner of Milano Fashion Film Awards in 2015. In 2017, she had her first solo show at Foam Fotografie Museum Amsterdam, where her work is now a part of the permanent collection. Her second solo exhibition “Homes” opened in September 2018 at the Brighton Biennial, curated by Photoworks Director, Shoair Mavlian. “rubbish_1” was curated by Antonia Marsh from Soft Opening and also launched in 2018 at Piccadilly Circus tube station – proceeds from the sales of prints were donated to the Great British Beach Clean, initiated by the Marine Conservation Society helping to increase awareness of single use plastics.

To date, Weir has co-published 5 books, most notably Father, published with IDEA, and Homes, published with Loose Joints. Homes was an immediate sell out raising £10,000 for charity La Cimande – an organisation which protects and defends the rights of refugees and migrants. 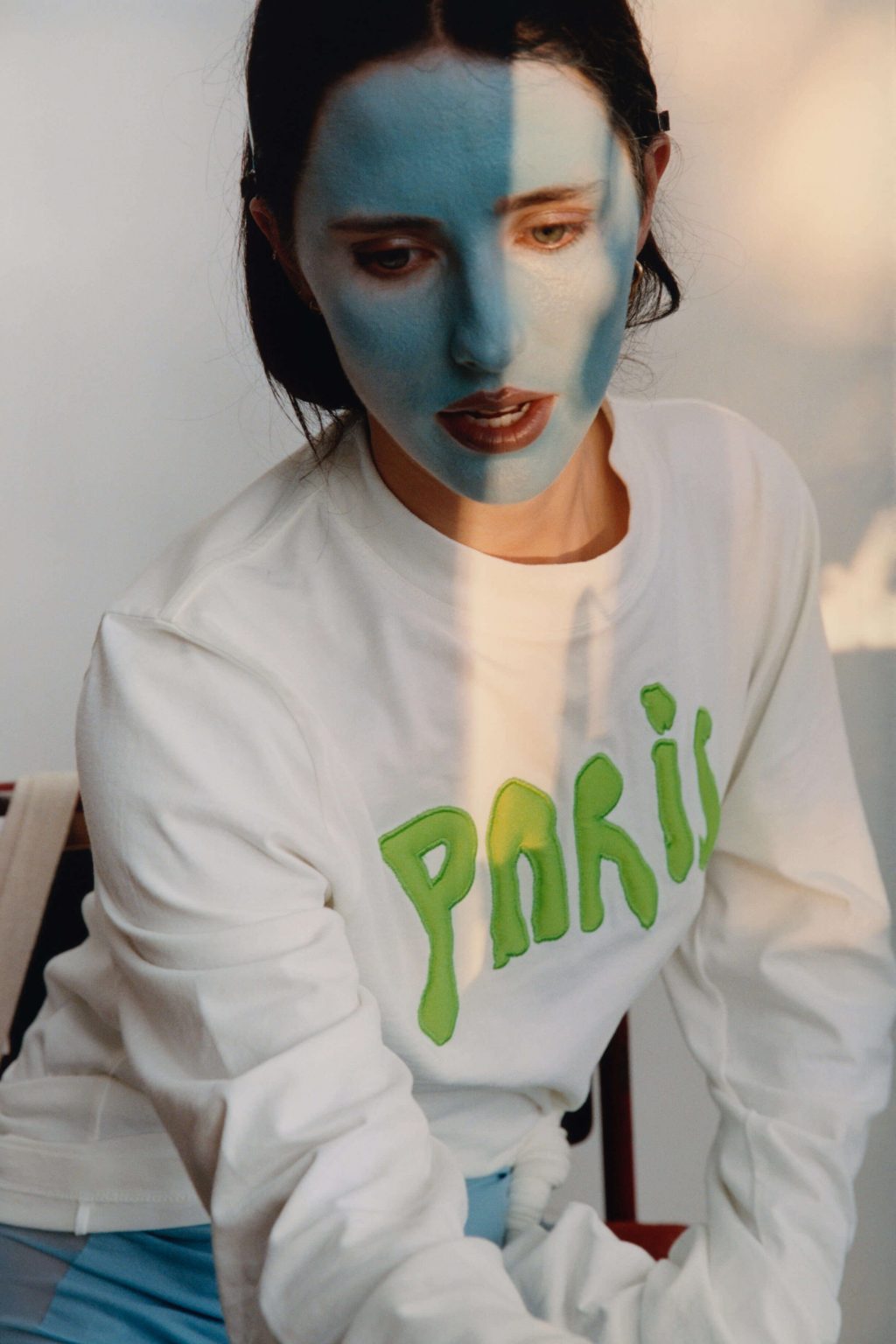